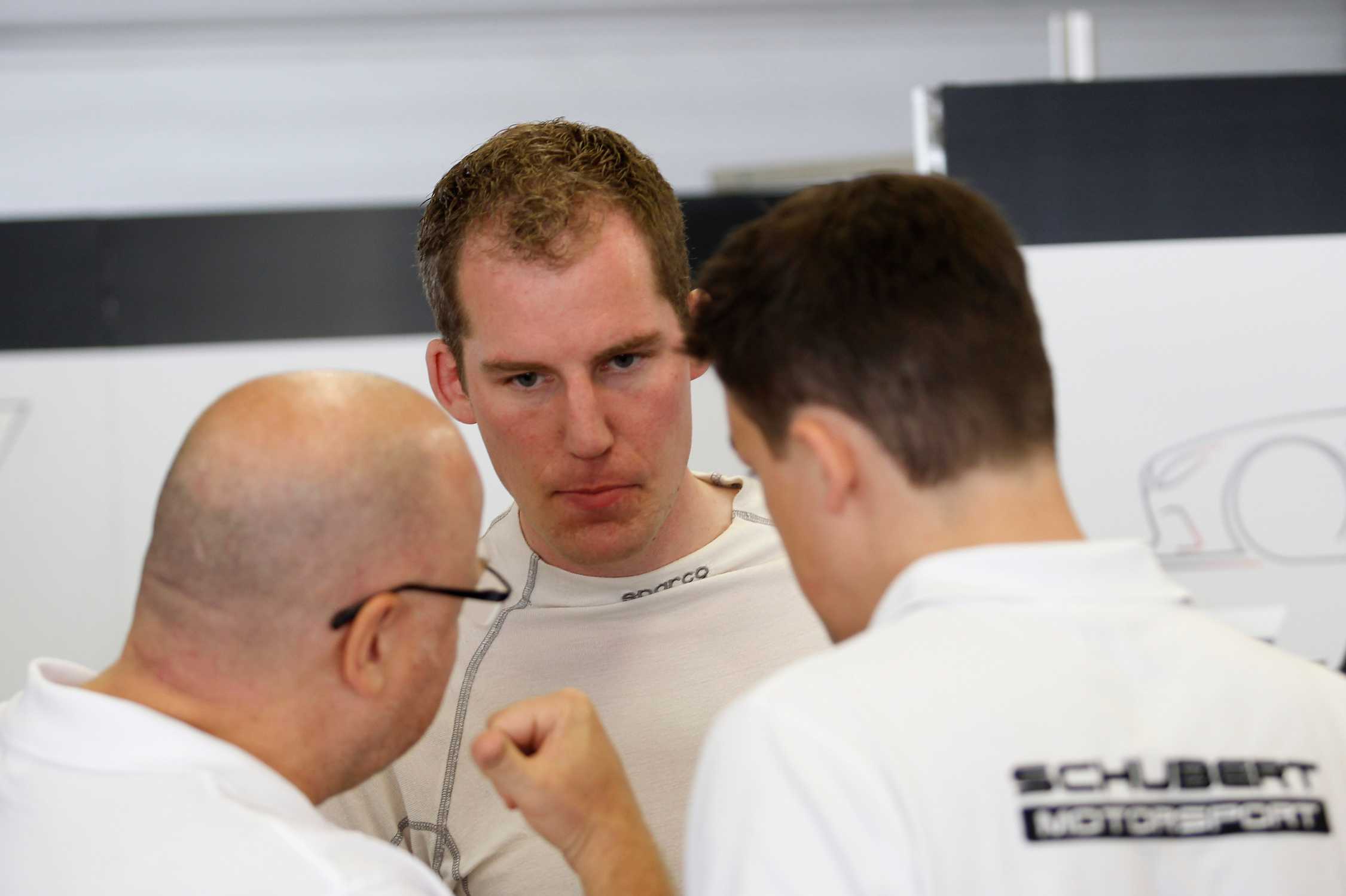 Munich. During his time as a racing driver, Jeroen den Boer (NED) used to drive BMW Motorsport GT3 cars. As head engineer, he now looks after the race outings of the BMW M6 GT3 and the development of the new BMW M4 GT3. In the current crisis, den Boer has returned to the cockpit – virtually, at least. He has discovered sim racing and regularly competes in the BMW M8 GTE and the BMW Z4 GT3. The combination of former racing driver, BMW Motorsport engineer and sim racer make him the perfect person to analyse the similarities and differences between sim racing and real motorsport.

When Jeroen den Boer competes in the BMW Z4 GT3 on the iRacing Esports platform, it feels to him like turning back the clock. Between 2011 and 2013, the Dutchman used to drive that car for the DB Motorsport team against a top-class field in the ADAC GT Masters, claiming two victories in 36 races. At the same time, he was also studying engineering, and when GT3 racing became too expensive for him and his private team, he instead went down the engineer career path. “I established some good contacts through GT3 racing, and it was through this that I ultimately arrived, via Schubert Motorsport, at BMW Motorsport,” said den Boer. “I have been working there since 2014.” In his position of responsibility, he is always there when the BMW M6 GT3 competes in major 24-hour races and the Intercontinental GT Challenge. His latest project is the development of the BMW M4 GT3, the new flagship in the BMW M Customer Racing range.

While den Boer is waiting to resume his real motor racing projects, he has discovered sim racing. He now has his own equipment at home and meets with the likes of BMW works drivers Philipp Eng (AUT) and Jens Klingmann (GER) for training sessions. “I once switched on to a session on the Nordschleife. It was great fun and very interesting,” said den Boer, “particularly for me as an engineer, as there were also professional sim racers involved, who had the right answer to any questions I had regarding set-up. All of a sudden, I was no longer the engineer giving information on settings – the tables had turned. That was like a different world for me at first.” Den Boer has also gained race experience at the wheel of the virtual BMW M8 GTE and BMW Z4 GT3 in recent months. Not only were his skills as a driver put to the test, but also as an engineer, as you do everything yourself on iRacing – be that set-up, race tactics, or tyre strategy.

Set-up work in the simulator and reality.

“In the simulator, you can really configure everything that could occur in reality: chassis, aerodynamics, tyre pressure – everything,” den Boer explained. “As a rule, the set-up is completely open, so you can configure an incredible number of parameters. That is not so easy, and you have to know what you are doing.” Den Boer knows exactly what he is doing when it comes to real set-up work. He and his team generally start with a basic set-up, which is created using either last year’s data or, in the case of new circuits, data from similar racetracks. “Then we work together with the driver to identify the problems we need to work on,” said den Boer. “Oversteer? Understeer? Poor on the brakes? We compare the feedback from the drivers with our data. If they correspond, we change the respective settings on the car to solve the issue. That way, step by step, we are able to move in the right direction.”

Understanding and correctly interpreting feedback from the drivers is one of the key skills of an engineer. That is where den Boer benefits from his own past as a racing driver. “Sometimes three words are sufficient, and I know what they mean. I think I can empathize with them,” he said. There is no need for him to do that when performing set-up work in the simulator, as he is both driver and engineer at the same time. “In my case, the set-up work in the simulator is possibly quicker, as I am the driver and, even whilst behind the wheel, I can already be considering what set-up changes I am going to try next,” explained den Boer. “I don’t need to chat to another driver beforehand and attempt to put his evaluations into practice.”

Instead, he could theoretically call on his knowledge gained in real motor racing and, for example, use a real basis set-up for the simulation. “It’s not that simple,” says den Boer, putting it into perspective. “I may know from experience which screws to tighten first, should I have a problem with the set-up – but to use a basis set-up 1:1 would not work.”

As with the set-up, work on the race strategy is virtually identical in the simulator and in reality, as den Boer explained with a practical example: “I drove a four-hour race on the Nordschleife with a colleague. We had to discuss tactics, calculate fuel consumption and determine the tyre strategy – it was great fun. We had calculated that the leader would cross the finish line before the race time elapsed, which meant we still had to do another lap. With that in mind, we put more fuel in, which allowed us to overtake a few cars that had run out of fuel on Döttinger Höhe at the end of the race. The engineer in me definitely came through that time.”

In terms of data analysis, the parallels between sim racing and real motorsport are equally startling. “As you can in reality, you can superimpose and analyse the telemetry data of different drivers,” said den Boer. “Where am I braking too soon or too late? Where must I select a different gear? This data is identical to reality. You can even use the same programme for the data analysis. That is really cool.”

When simulation is so close to reality, could it be an idea to take the set-up ideas from a virtual car and transfer them to a real race car? “You have to be very careful there,” said den Boer. “If you are wrong, you cannot simply hit restart and try again on the real racetrack. The car is broken.”

WorldSBK Race 2 in Qatar Cancelled Due to Adverse Track Conditions

The Pata Yamaha Official WorldSBK Team’s 2018 FIM World Superbike Championship campaign came to a premature conclusion in Qatar this evening, when WorldSBK Race 2 was cancelled on safety grounds shortly before the scheduled start. […]

bLU cRU Riders Battle Hard at Donington for WorldSSP300 Round 4

May 30, 2018 Michael Le Pard News Comments Off on bLU cRU Riders Battle Hard at Donington for WorldSSP300 Round 4

WHILE THE SOPHISTICATED VITPILEN 401 & SVARTPILEN 401 ARE ALREADY AVAILABLE AT EUROPEAN DEALER FLOORS, THE PROGRESSIVE VITPILEN 701 WILL ARRIVE BY THE END OF MARCH Husqvarna Motorcycles are pleased to announce the availability of […]