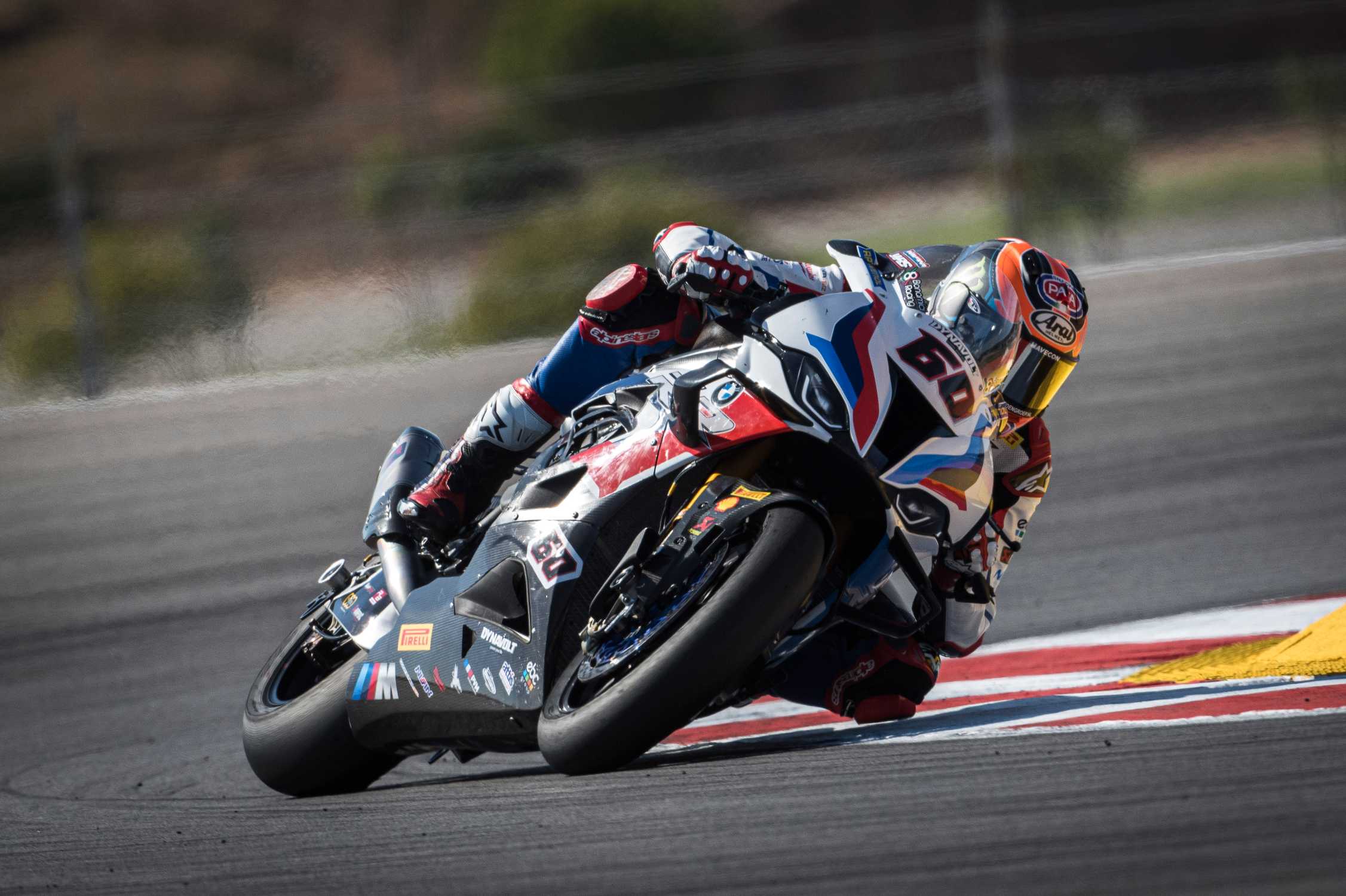 Munich. The BMW Motorrad WorldSBK Team enters the finishing straight in the 2021 FIM Superbike World Championship (WorldSBK) in South America. ‘Circuito San Juan Villicum’ in San Juan, Argentina, hosts the penultimate event of the season this weekend (15th to 17th October). This is the first of the two overseas events, with which the season draws to a close. The finale will take place from 19th to 21st November in Mandalika, Indonesia.

BMW Motorrad WorldSBK Team’s regular rider Tom Sykes (GBR) is continuing his recovery following his accident in Barcelona (ESP) and will not be racing in Argentina.

Sykes explained: “I have many things to say and many people to thank for many reasons and I will do this in the very near future on a personal level to give more detail. But for now I just need to speak on behalf of the BMW Motorrad WorldSBK Team and I want to say that my recovery has been incredible and I am at the position to be ready to go back to my passion that is racing. Unfortunately given the timing of these back to back races and the fly away in Argentina it just left us going there with a couple of questions, so unfortunately we had to make an early decision which meant we have to be out for one more round. It is hard for me because I have missed more races in the last four weeks than I have missed in my 21 years of racing. The main thing is we are looking at the return to racing and look to enjoy the last round of the WorldSBK championship. Thanks again to all, it is really appreciated. Tom.”

Next to Michael van der Mark (NED), Eugene Laverty (IRL) will again line up on the BMW M 1000 RR for the BMW Motorrad WorldSBK Team in San Juan. The province of San Juan is located in the west of Argentina, roughly 180 kilometres north of Mendoza. With the 4.276-kilometre ‘Circuito San Juan Villicum’, it is one of the country’s motorsport centres. WorldSBK also visited San Juan in 2018 and 2019.

Quotes ahead of the San Juan races.

Marc Bongers, BMW Motorrad Motorsport Director: “The successful weekend in Portimão gives us a lot of momentum for the final phase of the season. The team’s maiden victory in the Superpole race was just one aspect, as we saw that Michael was also in contention for a place on the podium in the two main races. We want to back that up, although we are well aware that different and new challenges now await us in Argentina and Indonesia. However, we have confirmed that we are heading in the right direction, and we want to continue that way. We are sorry that Tom will not be with us in Argentina, but we fully understand his decision to miss the races. Health always takes top priority. Our thanks go to Eugene, who is ready and will stand in for him again in San Juan.”

Shaun Muir, Team Principal BMW Motorrad WorldSBK Team: “We are pleased to be going back to Argentina for our first overseas event of the season. We are ready to fight for the podium again after a successful Portimão event. The team is well prepared. Once again, due to the recovery of Tom, Eugene will step in at this event. Hopefully, Eugene can pick up on his positions at Portimão. He did a very good job there and has a good experience at the San Juan circuit so he should be ready for the weekend. Mickey came away from Portugal with strong finishes. I think his confidence is on a high, the bike is working well for him and he also knows the San Juan circuit well. So overall, we feel that we are in a good position. It goes without saying that we really hope that Tom can get back soon and finish the season with the team. It is a shame that he could not make it to Argentina but we fully understand the circumstances regarding being in a fit condition to be able to travel overseas.”

Michael van der Mark, BMW Motorrad WorldSBK Team: “Personally I enjoy the San Juan track. It has a bit of everything, but there are a lot of tight corners, a lot of combinations and I am looking forward to going there. I think the organisation and Dorna did a fantastic job to make it happen. It is a World Championship and it is nice to go overseas and to go to Argentina. I think that already at Jerez, we started to make steps with the bike with some different set-up and we did a similar thing in Portimão which worked out really well. We were a bit unlucky with the crash in race one and a mechanical problem in race two but it seems that with the change we made on the bike, we can be really more competitive. It is always a question mark how it will go on a different track but at least we go there with a lot of confidence and knowing we can try a lot more things with the set-up now.”

Eugene Laverty, BMW Motorrad WorldSBK Team: “Firstly I must say a big well done to Dorna and all the teams for making this Argentinian round happen. This is the first time that we’ve travelled outside of Europe since the global pandemic really took hold 18 months ago and that’s a sure sign of progress. I really enjoy the Villicum circuit layout and I’ve enjoyed good results here in previous years. We made progress last time out at Portimão finishing in the top 10 in all three races and slowly but surely the bike is beginning to feel more like my bike. We’ll continue working on the chassis set-up to improve braking and turning during Friday practice as we aim to make another step closer towards fighting for that top 6 this weekend.”