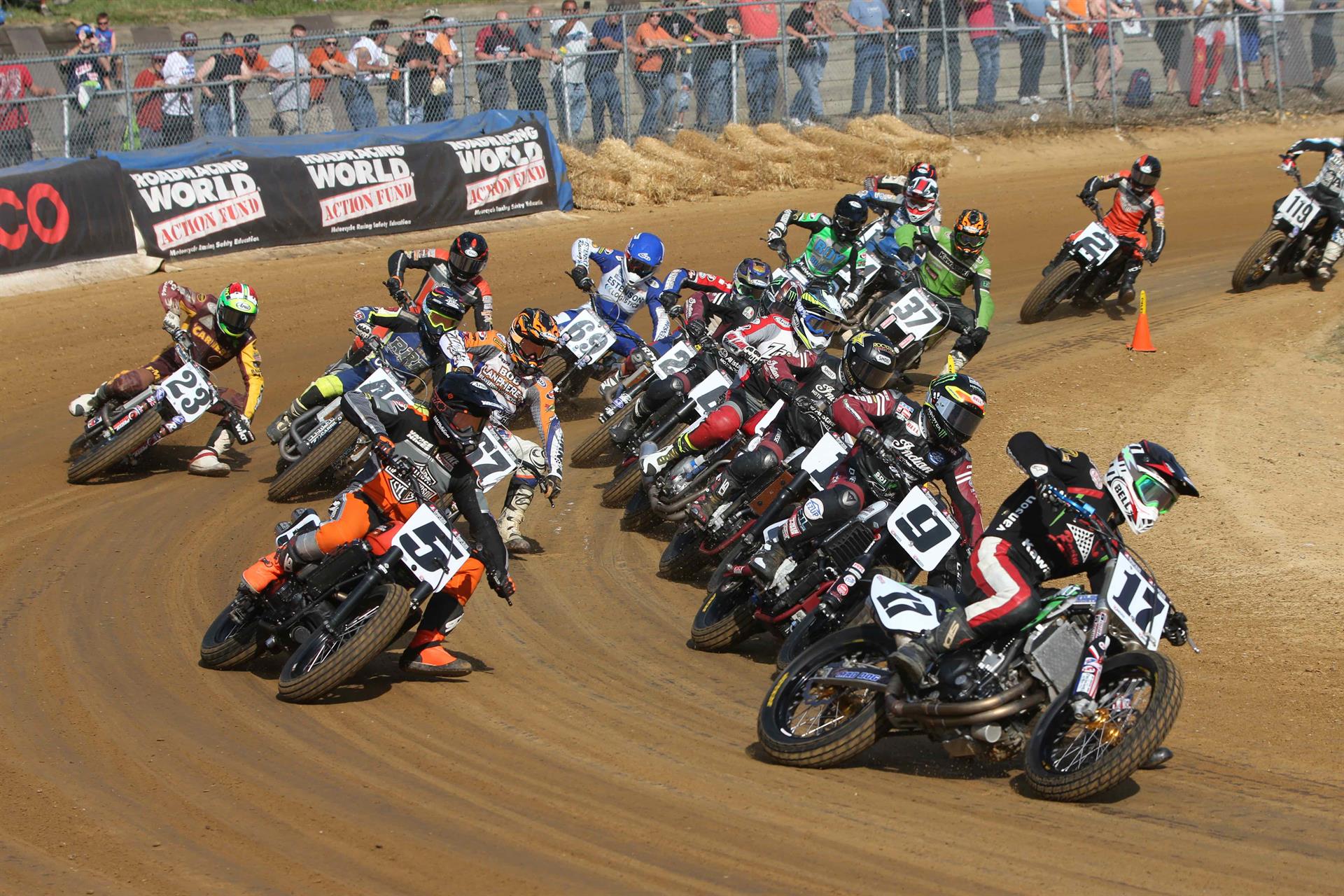 Just as they have since 1947, flat track fans will jam every hillside, nook and cranny of the Peoria Motorcycle Club’s beautiful, amphitheater-like venue to watch the best flat track racers in the world do battle on what’s arguably one of the world’s most unique race tracks.

Featuring a longer-than-it-looks front straight, increasing-radius corners at each end and the legendary Peoria jumps on the backstretch, the PMC TT circuit promises loads of action and drama.

This will be especially true this Saturday (not Sunday this year!) with Henry ‘Hammerin’ Hank’ Wiles (No. 17 Bandit Industries/Wilco Racing/Willing Built Kawasaki Ninja 650) gunning for his almost unbelievable 14th straight AFT Twins presented by Vance & Hines victory at Peoria.

“I feel blessed to be in this position,” said Wiles. “Peoria is a great place to be if you’re the fastest guy, because the track often offers multiple lines, and you can pass and not get stuck behind people. I’m feeling good about this weekend. My ability. My fitness. And the Kawasaki I’m riding is the best it’s been. Should be a good day.”

You can’t count out the factory Harley-Davidsons of Sammy Halbert and Jarod Vanderkooi (Nos. 69 and 20 Harley-Davidson Factory Flat Track Team XG750R) either, who ran up front at last week’s Buffalo Chip TT. Seeing orange and black on the podium would have fans flashing back to Jay Springsteen’s win on an XR750 back in 1983 – the last time a Harley-Davidson twin won at Peoria, before Singles became the temporary norm there.

It’s bound to be a wild ride in the closely contested AFT Singles championship, too, where there have been nine different winners in 13 events in 2018. Two-time 2018 TT winner Dan Bromley (No. 62 KTM North America/Bromley Motorsports 450 SX-F) leads the championship chase, but a host of riders are sure to be quick.

It’s sure to be a good ol’ Illinois dogfight.

Gates open at 8:00 am CT, with practice and qualifying starting at 10:30 am CT. An autograph signing/open-paddock fan walk is scheduled for 12:30 pm CT, with racing beginning at 2:00 pm CT. Main Events are scheduled for 3:45 pm CT (AFT Singles) and 4:20 pm CT (AFT Twins). Catch all the AFT live streaming action on FansChoice.tv at https://www.fanschoice.tv/american-flat-track

Rockstar Energy Husqvarna Factory Racing’s Christophe Charlier has finished less than four seconds from the top step of the EnduroGP class podium on day two of the GP of Portugal, round six of the FIM […]