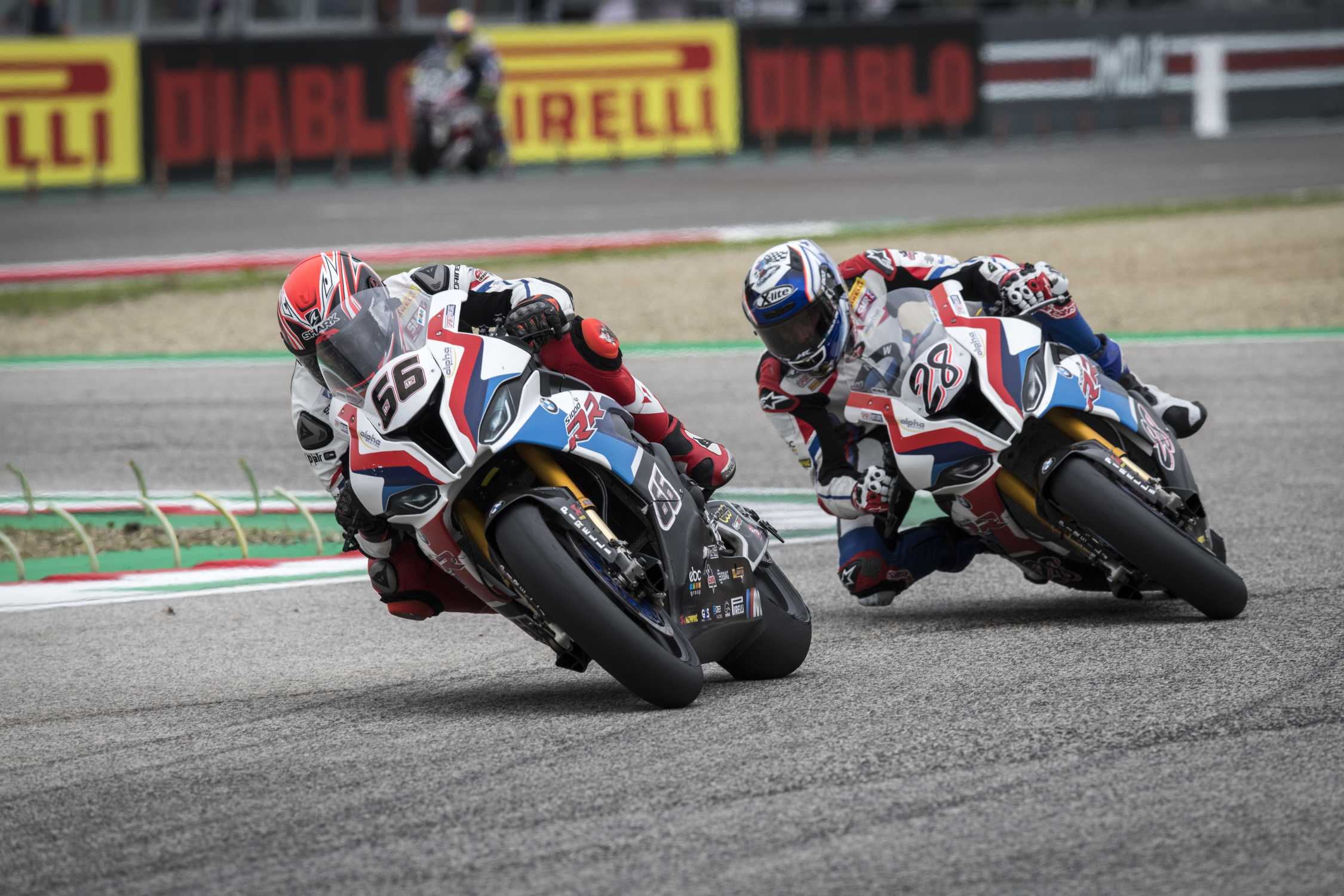 Munich. The new BMW S 1000 RR’s world tour in the FIM Superbike World Championship (WorldSBK) enters the next phase. This weekend (7th to 9thJune), the BMW Motorrad WorldSBK Team and its riders Tom Sykes (GBR) and Markus Reiterberger (GER) will contest the sixth round of the 2019 WorldSBK season, at Jerez de la Frontera (ESP).

The team made use of the break following the races at Imola (ITA) to complete a two-day test in Misano Adriatico in Italy last week, during which new electronics and chassis components were tested. At Jerez de la Frontera, the BMW Motorrad WorldSBK Team gained initial experience with the new RR in January, during one of the first winter tests of the fledgling project.

Quotes ahead of the races at Jerez de la Frontera.

Marc Bongers, BMW Motorrad Motorsport Director: “We already gathered data at the winter test at Jerez de la Frontera, which we are now able to use for tuning the two BMW S 1000 RRs for the race weekend in the same place. We were also able to work through a few areas last week during the test at Misano. We are making continuous progress with the new RR, and this is reflected in the performance on the track. Our objective for the debut season is to move towards the top step by step, and we’ve done well with this in the race events so far. Now we are looking forward to Jerez de la Frontera and will give it our all to be up there battling for the top positions.”

Shaun Muir, Team Principal BMW Motorrad WorldSBK Team: “Following on from a successful test at Misano last week, both Tom and Markus have got a good and positive feeling to take to Jerez this weekend. Markus for sure has made a step forward with his feeling and balance of the bike and we hope that we can transfer this into Jerez. He’s had a good history in Jerez at the past so I feel it could be a positive circuit for him. Equally Tom came away from the test with a good feeling too. A lot of parts were tested, even though we had some changeable weather. But overall, both riders and the team are feeling confident for Jerez. We feel that we can certainly challenge for the top six positions over the course of the weekend and the weather looks very promising, too, so that will be good for some consistency. So overall, we’re in a good, strong position.”

Tom Sykes: “I am very much looking forward to going to Jerez. We showed some potential there in the winter test, even considering the basic nature of where our package was back then. It was fresh out of the crate and certainly a long way from where we are now. So, given the fact that we already showed our potential back then and also off the back of the successful two-day test last week at Misano, I’m really optimistic. I think the track layout can be beneficial for the BMW S 1000 RR and I would certainly like to be in a similar position to where we were at Imola. So obviously my target for Jerez is to be at the front or close to it and to keep moving the whole of the project forward together with the guys.”

Markus Reiterberger: “I am looking forward to going to Spain. Hopefully warm Spanish weather will await us. The track is nice and fluid, and I think that it should suit me. A lot of changes have been made to the asphalt there in recent years and I hope that the conditions there will be good. When we did tests there in winter, our BMW S 1000 RR was brand new. Meanwhile, we have made major developments to the bike and I am excited to see how it will perform there. We made further progress at the Misano test last week. I am feeling confident and will make sure that I am well prepared when I arrive at Jerez. Thanks to the team for the support, and now it’s time to attack once again.”

JETT LAWRENCE – THE LATEST TALENT FROM DOWN UNDER

September 29, 2018 Michael Le Pard News Comments Off on JETT LAWRENCE – THE LATEST TALENT FROM DOWN UNDER

Team Suzuki Press Office – September 28. A year ago, Jett Lawrence was playing second fiddle to his older brother Hunter, but in 2018, the 15-year-old has proved himself in the motocross world, with some […]

Hitting the open road to clear your mind is essential. We’ve got you covered with no payments necessary until October*. Time to get out and ride. NOTE: Some dealerships may be experiencing reduced hours or […]