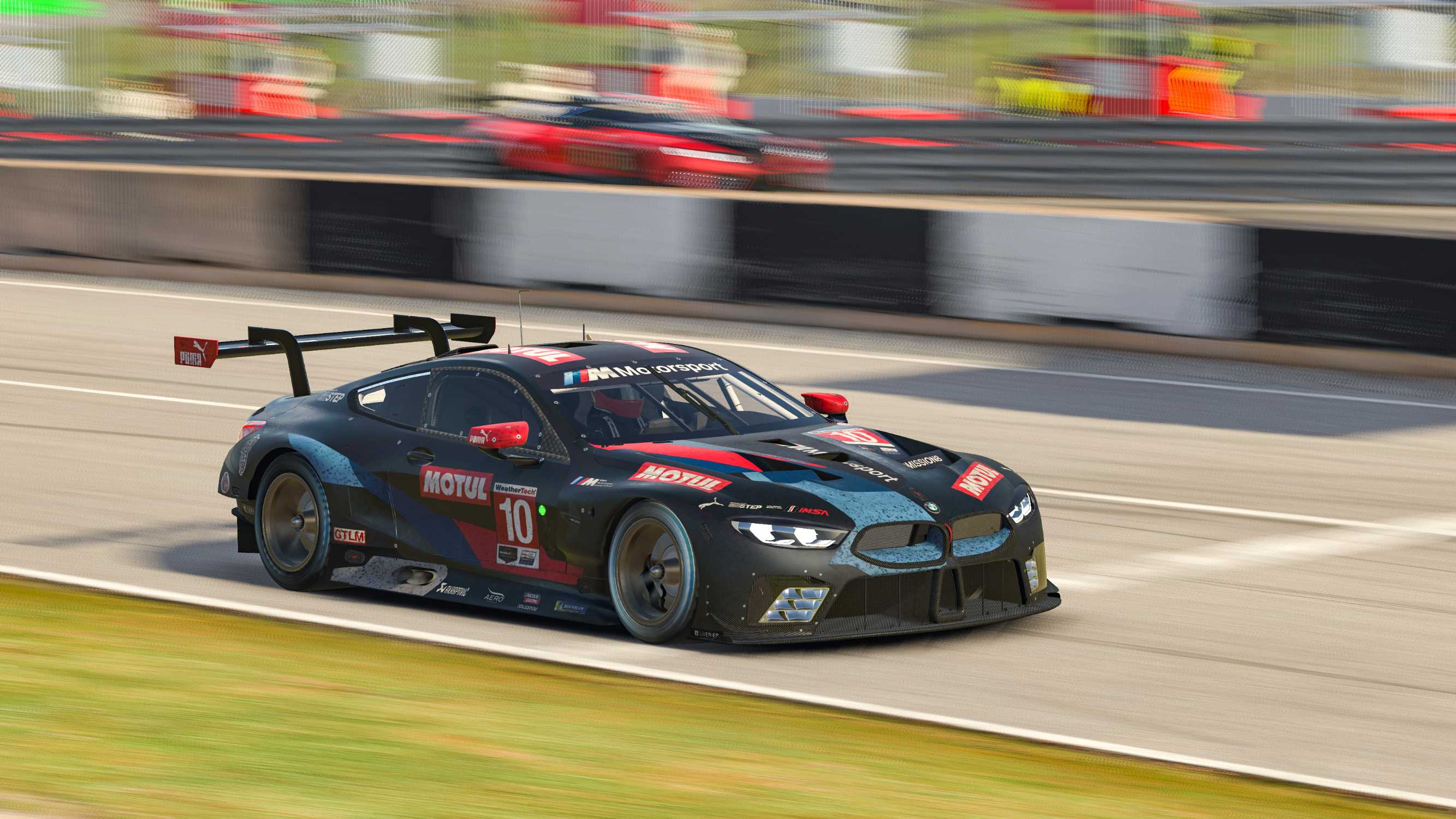 Munich. The BMW M8 GTE has now won the third race of the season in the IMSA iRacing Pro Series on the Mid-Ohio (USA) circuit, remaining unbeaten in the virtual IMSA season after successes at Sebring (USA) and Laguna Seca (USA). BMW works driver Nick Catsburg (NED) celebrated his first win, coming out on top against Robby Foley (USA) from Turner Motorsport and BMW Team RLL driver Connor De Phillippi (USA) in a thrilling race. Consequently three BMW drivers were on the podium for the third consecutive race. After a mistake in qualifying, Philipp Eng (AUT) started the race from 46th position but then proceeded to give an impressive recovery performance. He finished fourth to round off the top-four lock-out for BMW.

Having emerged victorious from the first two races, Bruno Spengler (CAN) secured pole position in Mid-Ohio in his BMW M8 GTE before leading the race until it was time to make his pit stop. Catsburg then moved into first place, defending position against Spengler and Foley. Spengler crossed the finish line in sixth place.

Nick Catsburg (#10 BMW M8 GTE, BMW IMSA Team Black, 1st place): “That was an unbelievably close race. All of us front-runners had a very similar pace. That was the first time that I was able to keep up with Bruno’s speed. We then took a bit more of a risk with the amount of fuel during the pit stop, which allowed us to get past Bruno, but that did mean that I had to save some fuel towards the end and hold off Robby. Thankfully I was able to do that and claim my first win of the season.”

Robby Foley (#96 BMW M8 GTE, Turner Motorsport, 2nd place): “After some bad luck in the first races, things went well for me this time. I am delighted to have got the Turner Motorsport BMW M8 GTE onto the podium. I just missed out on pole position in qualifying. It was pretty close at times during the race and there was contact once or twice. In the end, Nick was just that bit faster than me.”

Connor De Phillippi (#25 BMW M8 GTE, BMW IMSA Team Red, 3rd place): “The podium is a fantastic result for me as that was effectively my second real sim race. Completing so many laps to prepare for this really paid off. I tried to drive a clean race and I managed that really well. We chose the right strategy. Of course, what helped most was the fact that I started much higher up the grid than at Laguna Seca but I have to say that there was a lot of adrenaline out there. It was almost like real motor racing.”

Philipp Eng (#26 BMW M8 GTE, BMW Team Austria, 4th place): “The evening really didn’t start well. I made a mistake on my decisive lap in qualifying. To be honest, having to start from 46th place was a big challenge mentally, but I did have a superfast car in the race and I progressed relatively well. The pit stop went perfectly too. That made this fantastic chase possible. It was great fun.”

We are aware of the current difficult situation, but decided to keep on providing you with regular press releases in the coming weeks and months. We will be reporting on the adventures of our BMW works drivers in sim racing as well as releasing interviews and background stories primarily on the subject of technology within BMW Group Motorsport.

October 9, 2019 Michael Le Pard News Comments Off on Next Stop Argentina as Yamaha WorldSBK Teams Head for the Southern Hemisphere

The Yamaha WorldSBK teams will cross the equator for only the second time this season as they head for Circuito San Juan Villicum in Argentina, venue for the penultimate round of the 2019 FIM Superbike […]

Difficult to take it all in that Everything Has Stopped: MotoGP Shinichi Sahara

April 15, 2020 Michael Le Pard News Comments Off on Difficult to take it all in that Everything Has Stopped: MotoGP Shinichi Sahara

Team Suzuki Press Office – April 14. Team Suzuki Ecstar Project Manager Shinichi Sahara reveals his feelings during this tough time and opens up about how 2020 development and plans are on hold, adding ‘I […]