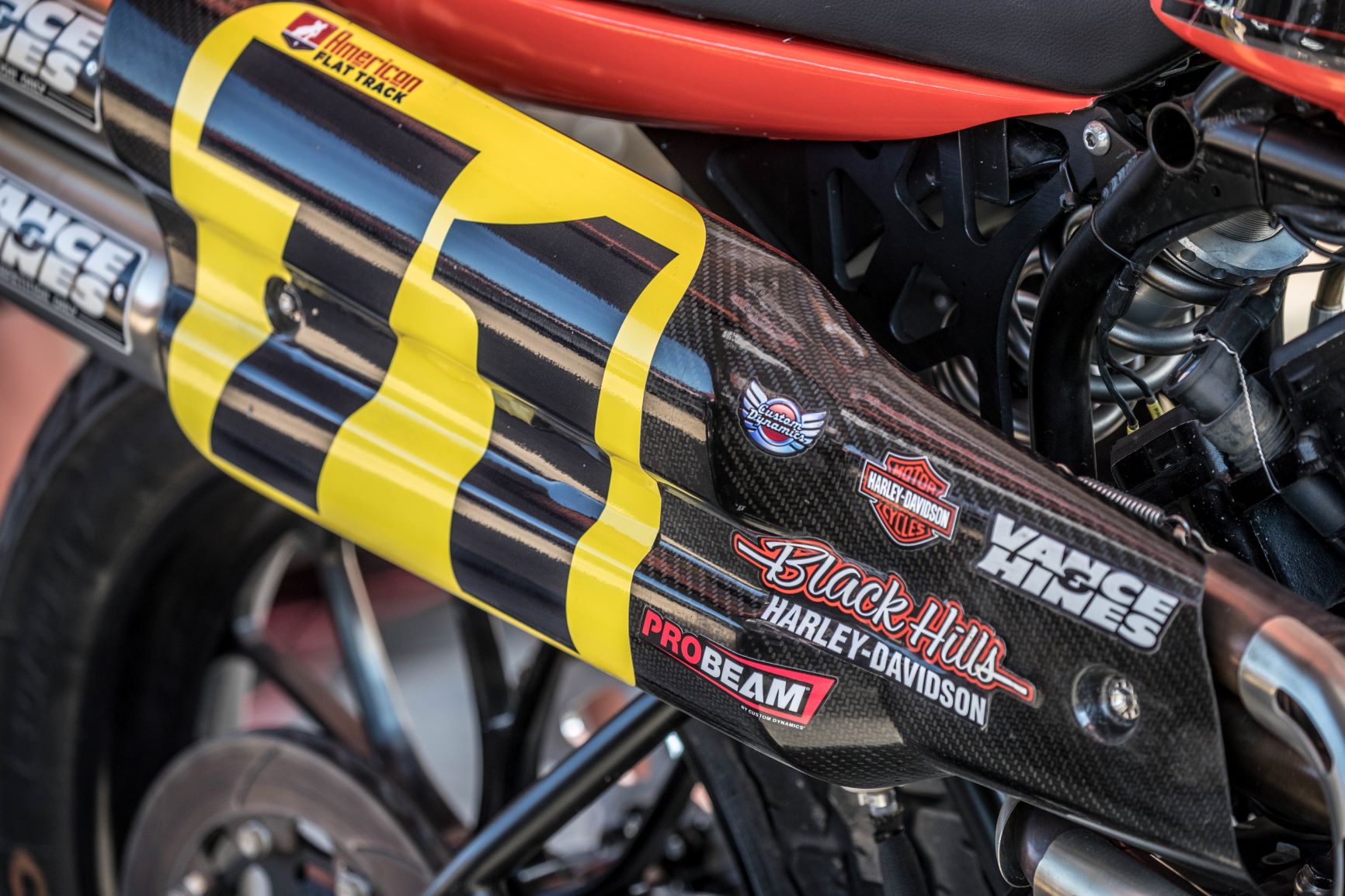 DAYTONA BEACH, FL (November 22, 2019) – With the breaking news of the Harley-Davidson XG750R becoming available to more American Flat Track competitors in the AFT Production Twins class for the 2020 Championship Season, Vance & Hines is also excited to announce an expansion of its contingency programs to include over $35,000 for racers in AFT Production Twins.

“Without a doubt, some of the closest racing in 2019 took place in Production Twins,” said Vance & Hines co-founder, Terry Vance. “It was truly a thrill to see the production-based Harley-Davidson XG750R take its first victory at the Sacramento Mile with Dalton Gauthier, who then backed up that win the following weekend at the Springfield Mile I.”

Competitors will be required to have Vance & Hines decals displayed on their motorcycle as well as a Vance & Hines patch on their leathers to qualify for contingency payouts. Decals and patches will be provided through Vance & Hines and through AFT Tech Inspection.

Team Suzuki Press Office – July 21. The Bennetts Suzuki team heads to Brands Hatch this weekend for the sixth round of the MCE British Superbike championship, following the team’s success at the recent Southern […]

Andrea Dovizioso ended the first day of action at the Sepang circuit in third place following today’s two scheduled free practice sessions. The Ducati Team rider, who was fifth this morning after FP1, was able […]