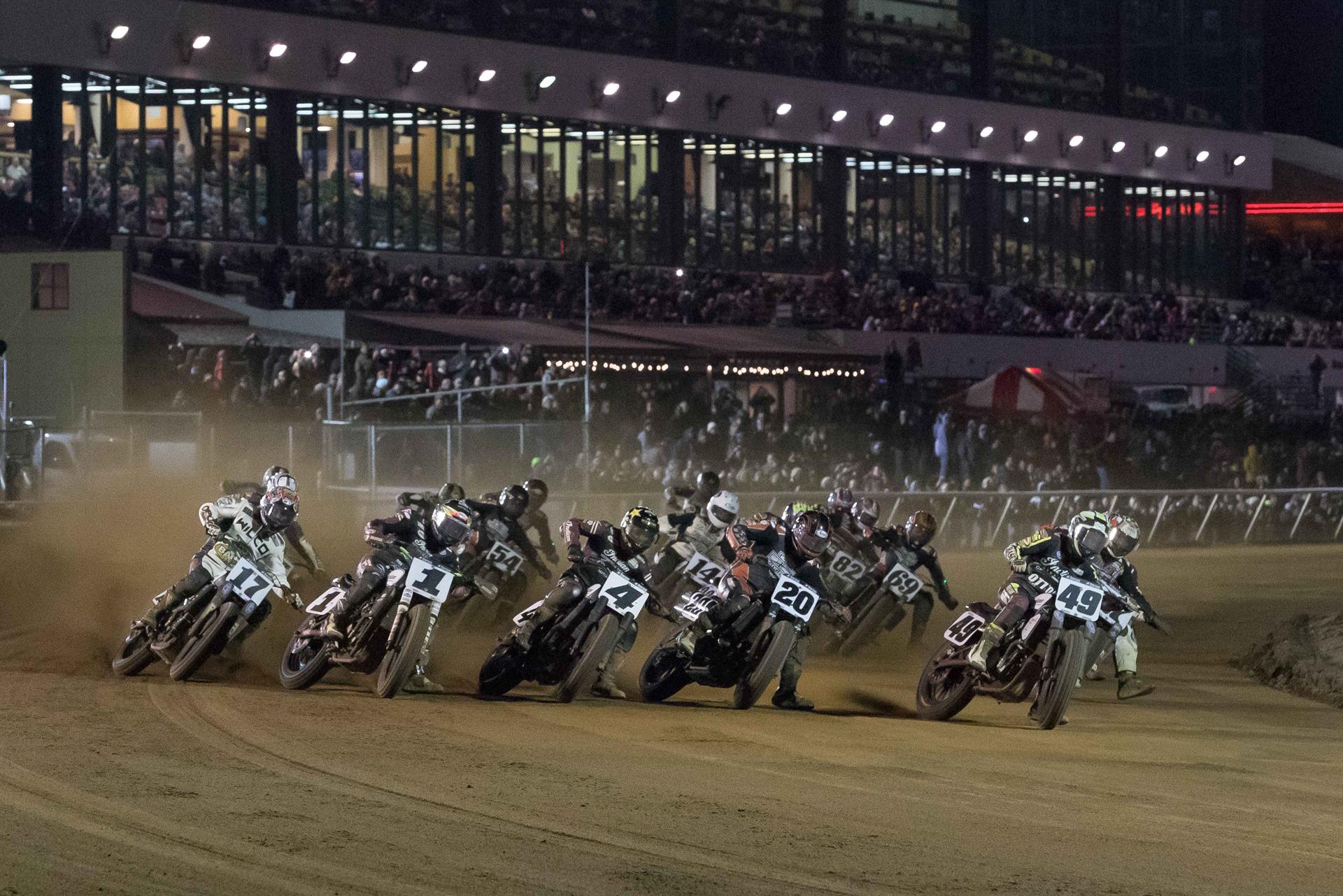 DAYTONA BEACH, Fla. (Oct. 11, 2018) – American Flat Track has announced its provisional 18-event schedule for the 2019 season, which once again features coast-to-coast action and launches anew at legendary Daytona International Speedway on March 14 with a bigger, better and even faster DAYTONA TT. It all finishes next fall with the Meadowlands Mile finale at the famed MetLife Sports Complex in East Rutherford, New Jersey (date to be announced shortly).

There are two entirely new events for 2019 and one that’s returning to the schedule after a one-year hiatus. The returning venue is the Half-Mile at Perris Auto Speedway in Perris, California, the site of the 2017 season finale and a race track universally enjoyed by AFT riders.

The new locations are Wild Horse Pass Motorsports Park in Chandler, Arizona, and an all-new event in New Hampshire at a location near the famed Laconia Bike Week gathering, which runs from June 8 through June 16, 2019. Huge crowds are part of the Laconia event’s DNA, so you know this one will feature a thoroughly packed house.

The 2019 schedule features a nicely balanced number of events, with six Miles, five Half-Miles, four Short Tracks and five TTs. AFT Singles, remember, run a TT and Short Track before each of the two Springfield Mile events, which is why 20 total events are mentioned here.

“AFT is coming off the back of a record-breaking season and we have planned the 2019 schedule to push things to the next level,” said Michael Lock, CEO of American Flat Track. ”We are delighted to be restoring the series to Southern California and taking American Flat Track to New England next summer, two traditional hotbeds of professional motorcycle racing.”

As American Flat Track enters its third year of broadcast coverage on NBCSN and sixth year of live streaming coverage on FansChoice.tv, all signs point to substantial viewership growth. AFT concluded the 2018 racing season with – once again – record-breaking TV, live streaming and ticket sales numbers. More than 3 million viewers – the largest viewing audience in the history of the sport – either tuned in or bought tickets to AFT events in 2018. And with two NBCSN premieres and two re-airs remaining on the NBCSN schedule, which cover two of the most exciting races of the 2018 season, those viewership numbers are sure to expand even further.

Although the 2019 season is still a few months away, you can still speed-shift into some intense AFT action on NBCSN in the coming weeks, as two NBCSN premieres and two re-airs remain on the schedule. The first is the Indian Motorcycle Minnesota Mile from Canterbury Park, which makes its NBCSN debut on Sunday, October 14 at 5:00 pm ET (2:00 pm PT), with a re-air on October 17 at 4:00 pm ET (1:00 pm PT).

The second is the Meadowlands Mile presented by Ducati finale, which debuts on Sunday, October 21 at 2:00 pm ET (11:00 pm PT) and re-airs October 24 at 4:00 pm ET (1:00 pm PT). Both the Meadowlands Mile and Minnesota Mile, which feature some of the closest racing of the season, offer flag-to-flag coverage of both Main events enhanced by drone and onboard footage, so be sure to tune in.

*An announcement about the location of the New Hampshire round and the date of the Meadowlands Mile finale will be released in the near future.

JARVIS AND GOMEZ HEAD TO HAWKSTONE FOR WESS ROUND SIX

September 18, 2019 Michael Le Pard News Comments Off on JARVIS AND GOMEZ HEAD TO HAWKSTONE FOR WESS ROUND SIX

Rockstar Energy Husqvarna Factory Racing’s Graham Jarvis and Alfredo Gomez will back in action this weekend, September 21-22, at round six of the World Enduro Super Series – the Hawkstone Park Cross-Country. Currently lying second […]

The 65 cc youth MX class has a new combatant in the 2018 Yamaha YZ65. Parents looking to introduce their children to the thrilling world of motorcycle racing need look no further than Yamaha’s new youth […]