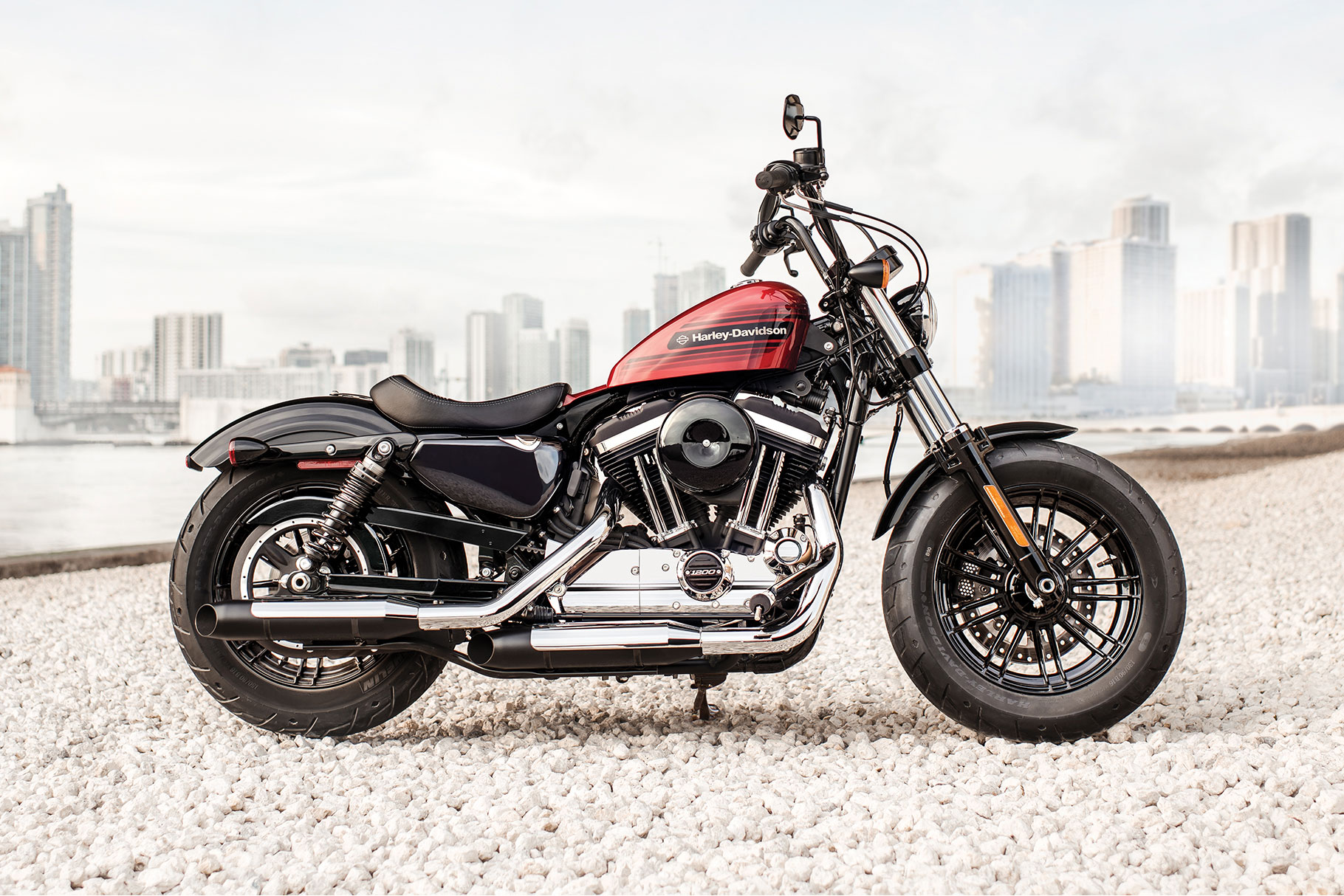 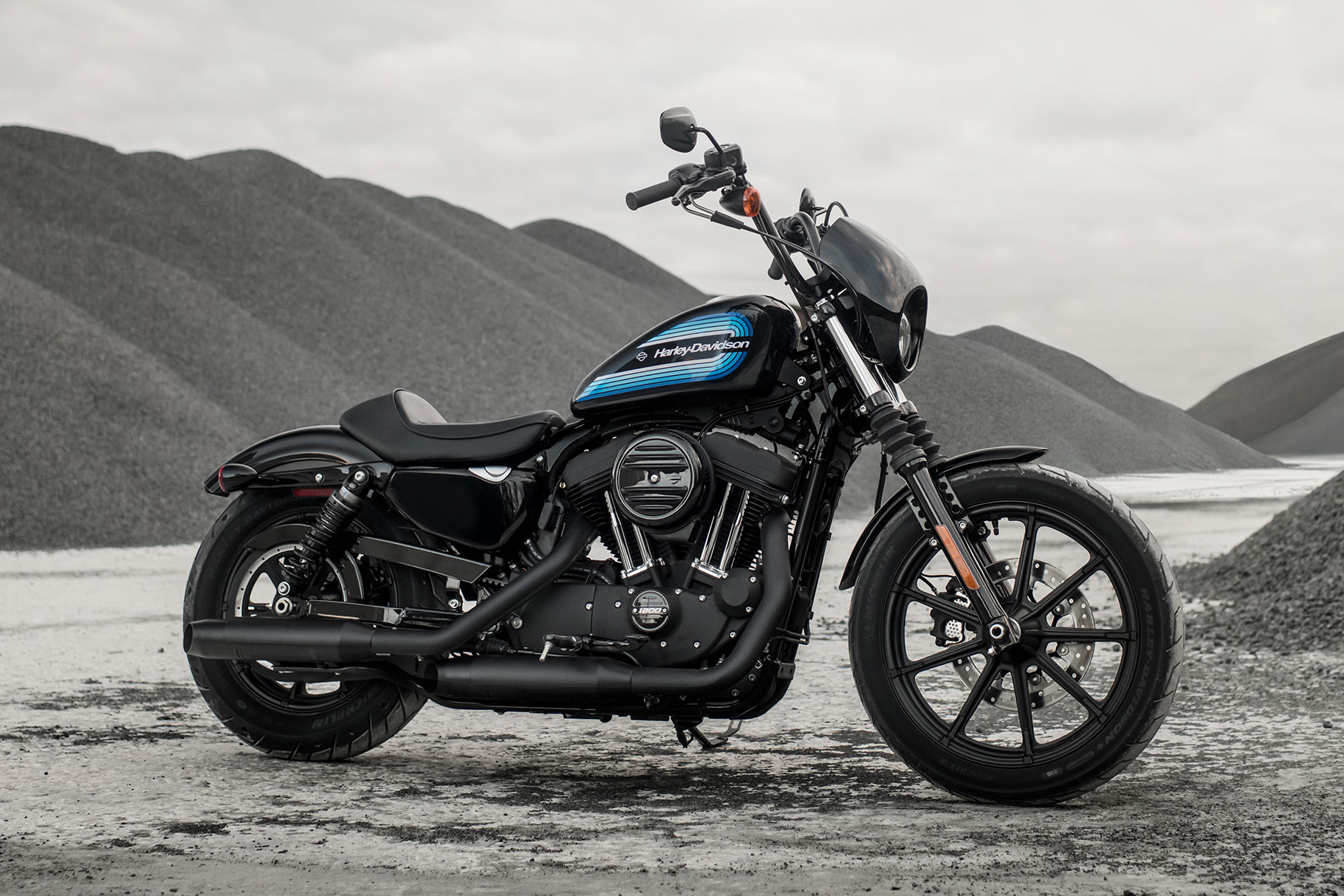 Harley-Davidson® (NYSE:HOG) adds to the long legacy of its Sportster™ motorcycle line with the introduction of the Iron 1200™ and Forty-Eight™ Special models. The latest in a line of 100 high-impact motorcycles the company plans to introduce by 2027, these new high-bar Sportsters combine throw-back styling trends from the custom-bike scene with the solid foundation of the Sportster platform and the punchy performance of the Evolution 1200 V-Twin engine.

Since its introduction in 1957, Sportster motorcycles have been repeatedly reimagined in the hands of both the Motor Company and bike owners: The Sportster as a bobber, a chopper, a scrambler and a café racer; as a hero on flat tracks and drag strips and road-race courses; as an accessible entry-point for first-time riders, and as a custom-of-one cruiser.

“Since its inception, the Sportster has offered the perfect combination of size, power and character that makes it appealing to so many different riders,” said Brad Richards, Harley-Davidson V.P. of Styling & Design. “A Sportster is a relatively easy bike to strip down and reinvent. What we’ve done to create the new Iron 1200 and Forty-Eight Special is what Sportster owners have been doing with their own bikes for generations.”

New fuel tank graphics distinguish both the Iron 1200 and the Forty-Eight Special, and combine bold color stripes with a formal typeface, color and graphic elements originally popular in the 1970s.

“The art on these two fuel tanks reflect contemporary trends we are seeing on custom bikes and in design in general, a move away from more complex and intricate art to a look that’s very simple and clean,” said Richards. “It’s also important to note that these graphics respect the shape of the fuel tank and in the case of the Sportster, that tank shape is a classic design element in its own right.”

Iron 1200™
Powered by an Evolution® 1200 V-Twin engine this urban brawler brings plenty of punch to the street fight – power to blast away from green lights and more mid-range torque to muscle through traffic. More power means more rowdy fun.

The satin-black Mini Ape handle bar is an essential element of the garage-built chopper look that adds instant attitude and gives the rider a fists-in-the-wind posture. The gloss black speed screen framing the headlamp amplifies the attitude of the tall bars, is intended to offer some wind deflection at speed and provides a space for easy personalization. The fast-back Café Solo Seat flows to the rear fender and is shaped to help hold the rider in position when the torque of the Evolution 1200 kicks in.

The Iron 1200 is finished with all-black 9-Spoke wheels and a solid black belt guard and rear sprocket. The Harley-Davidson Smart Security System and anti-lock braking system (ABS) are factory-installed options for the Iron 1200 model.

“We specifically selected the Tallboy bar for its shape,” said Richards. “It offer less pull-back than the Mini-Ape, a look that really works with the steamroller front end and the smaller fuel tank on the Forty-Eight Special model.”

Retro cool. Modern swagger. The new Harley-Davidson® Forty-Eight® Special commands attention with a bulldog stance, beefy forks and that classic peanut tank with 70s flair. Starts with a low, rumbling flurry of black and chrome, finishes with a metal-flake uppercut.

The new Harley-Davidson® Iron 1200™ is Dark Custom style with corner-cranking performance. The blacked-out, stripped down look makes a bold understatement. The nimble handling, trademark rumble, and 70s retro-vibe tank put an exclamation point on it.

Show Me Your Boots! – Gear Talk Episode One

Show Me Your Boots! What are your boots made for? Nancy Sinatra would tell you they’re made for walkin’, but our boots are made for riding and that’s a whole different ballgame. For Show Me Your […]

Move over Tesla and Nissan. 2020 URAL All-Electric Prototype is here!

Electric cars are everywhere but even the best electric cars for 2018 and 2019 now face competition from motorcycles! Move over Tesla Models, Chevrolet Bolt, Hyundai Ioniq and Nissan Leaf, you have competition with the […]