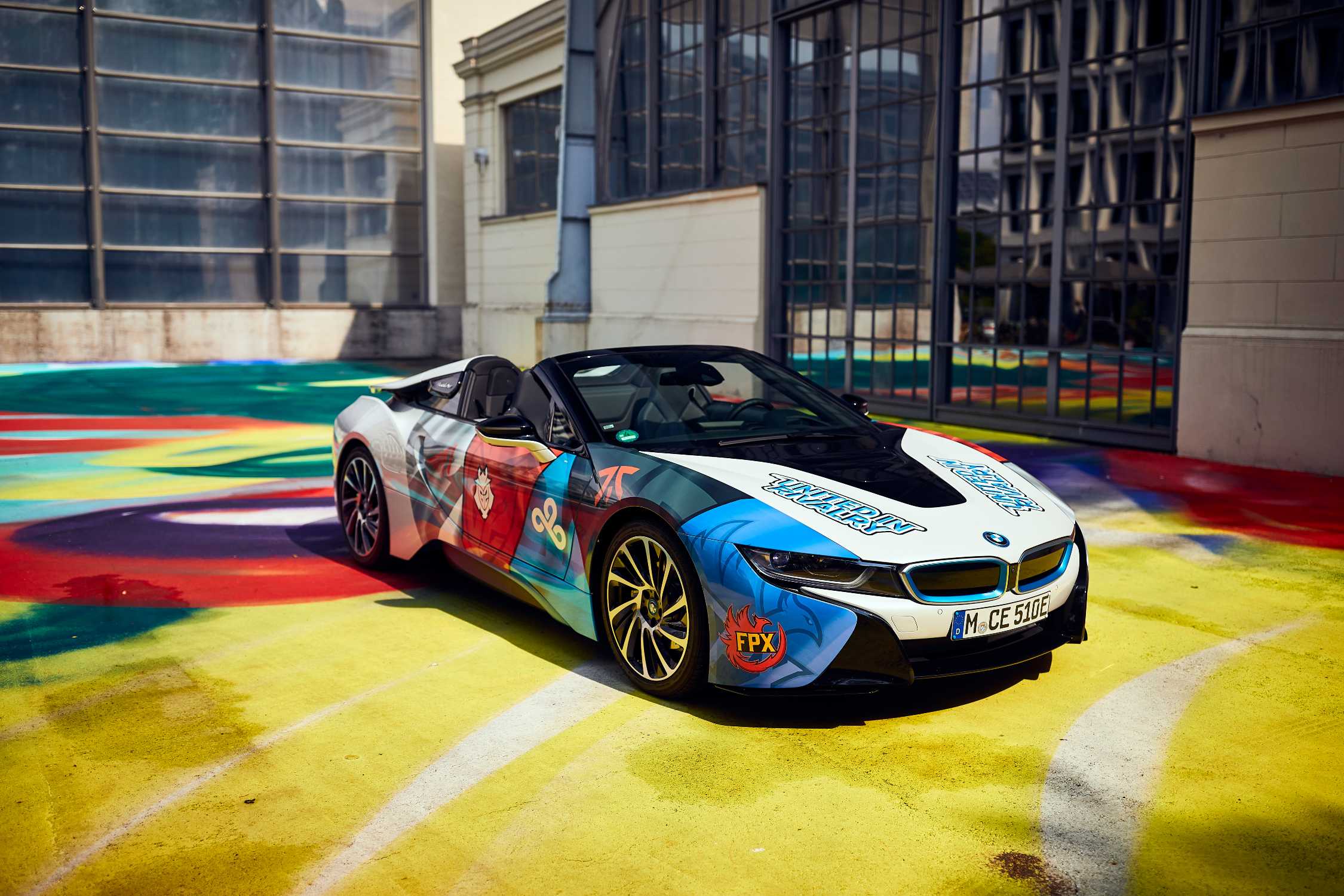 Munich. The regular League of Legends (LoL) summer season was over, but BMW has another special highlight in store for fans of the Esports classic to round things off. At the BMW Berlin Brawl, the stars of the LoL top teams G2 Esports and Fnatic will go head to head in direct contact with their community – and alongside some of their fans in virtual matches. The LVL World of Gaming in Berlin, possibly the most spectacular Esports and gaming location in the world, will host the first running of this special “United in Rivalry” event on 14 August.

Five of the hottest, most successful Esports teams go head to head in competitions regularly as partners of BMW. The two European teams, G2 Esports and Fnatic, will now join forces with some of their fans in the BMW Berlin Brawl and take part in LoL duels, where the main focus is on having fun. In two matches, a “MIXED 5vs5” and an “ARAM 2vs2”, selected members of the LoL community will be given the opportunity to play in a team with their heroes. Due to the COVID-19 pandemic, the three fans from each team will sit in front of their computers in separate rooms at LVL. Unfortunately, spectators won’t be able to be on site this time, but the countless fans around the world can follow the matches on the live stream and talk to their heroes directly via chat.

Jens Thiemer, Senior Vice President Customer & Brand BMW: “With our international Esports commitment, we want to bring the BMW brand to life in the Esports community authentically and using new formats. The Berlin Brawl is our first event in which teams and fans come together to celebrate the love of competition, true to the motto ‘United in Rivalry’, whereby our newly founded BMW Esports Twitter channel will serve as a live broadcasting platform for the first time.”

Carlos “ocelote” Rodriguez (CEO G2 Esports): “When BMW contacted us with an opportunity to take Fnatic down for a third time this split, we simply couldn’t turn the chance down. It’s a great opportunity for both teams to give back to the fans and celebrate the #UnitedInRivalry campaign and we’re proud to do so at our home at LVL World of Gaming. Of course, the #G2ARMY is going to show why we are the best. Let’s go!”

Sam Mathews (CEO Fnatic): “The Berlin Brawl is a brilliant concept for us and the fans. Our fans thrive on the rivalry and the opportunity for some of them to play alongside their favourite players as well as having tangible involvements in the pick/bans, etc brings it to life in a totally new way and we are very excited BMW has brought us together for this. It is just unfortunate the fans can’t be in the arena with us, but we look forward to having them there for the next one. Fnatic vs G2 means so much. It is the two most storied teams in the LEC battling it out. G2 may have had the better of us recently, but I have no doubt we’re building something truly great. Our rivalry makes both teams strive to do better and be better, and without it the LEC would not be the same. Fnatic have the best fans in the world, so putting them alongside our players and head trainer Mithy – I know exactly who is going to be walking away with the trophy on the night.”

About Michael Le Pard 4733 Articles
"Mr. Totalmotorcycle". Owner and Founder of Total Motorcycle. Supporting over Motorcyclists and Motorcycling for 21 great years. Total Motorcycle is my pride and joy and being able to reach out 330 million people has been incredible but I could not have done it without the support of my visitors, readers and members, thank you so much! You are making a difference to millions of riders worldwide. Thank you.
Website Facebook Instagram Twitter YouTube LinkedIn