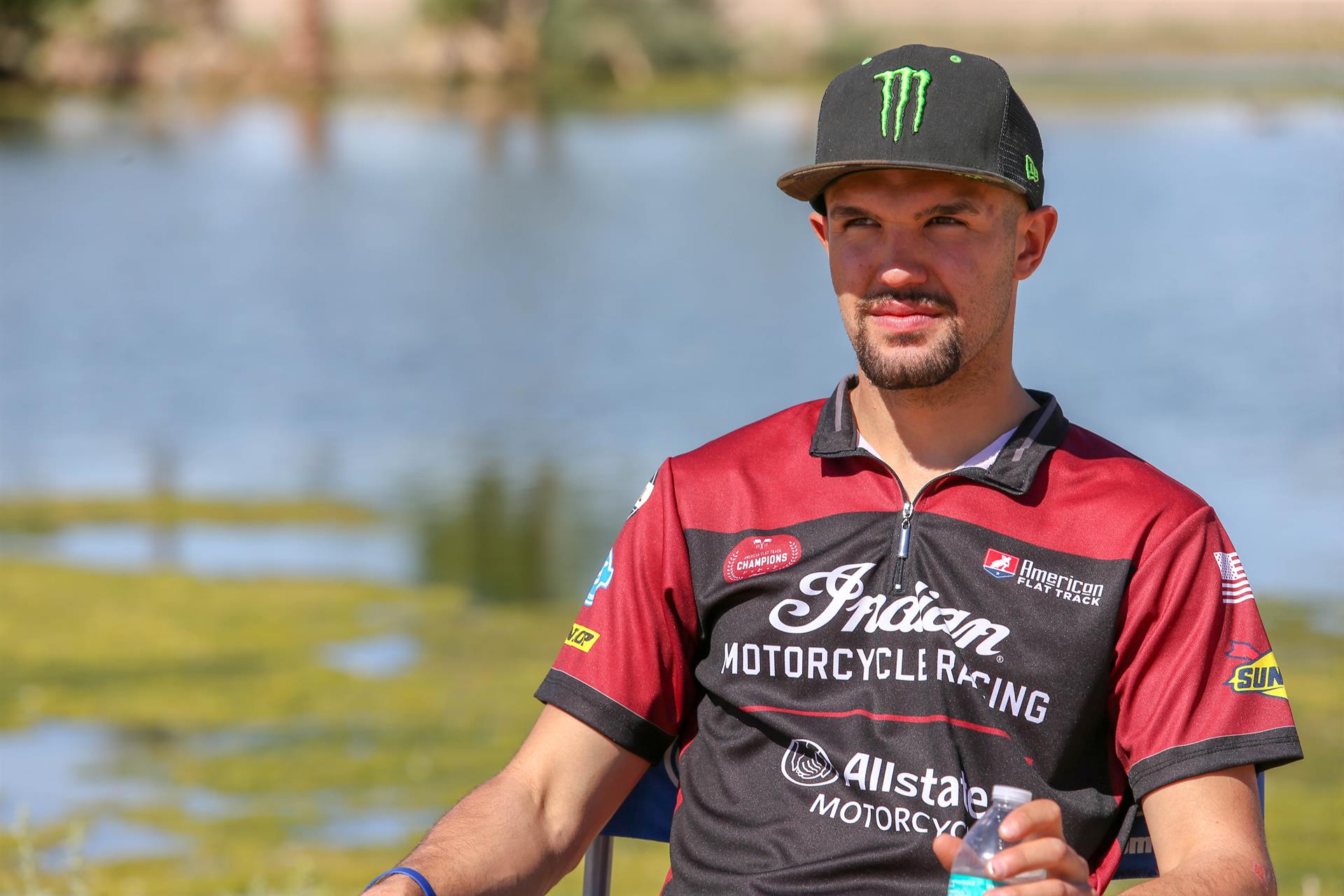 Baker, who was injured in July and who’s been focused on his rehabilitation ever since, made his first post-injury race-day appearance at the Springfield Mile II in early September and thrilled the paddock and fans. His scheduled appearance at Canterbury Park as Grand Marshal in Indian Motorcycle’s back yard is sure to be thoroughly anticipated and appreciated.

“It’s an honor to be the Grand Marshal of the Indian Motorcycle Minnesota Mile,” said Baker. “Minnesota has been a second home to me during the last year, as I’ve been staying there with the Anderson family to train for the season. Indian Motorcycle is also from Minnesota, and it makes me happy that I can be there to represent them. The accident that changed my life happened there only nine weeks ago so it will be difficult; but nonetheless it’s a proud moment for me to be able to return.”

“We are extremely excited to have Brad join us as the Grand Marshal for the Indian Motorcycle Minnesota Mile,” said Cameron Gray, COO of AFT Events. “Brad was the first rider I connected with and he helped us to promote our first AFTE event. We are super pumped about him attending and his continued involvement with the American Flat Track community.”

Tickets for the 2018 Indian Motorcycle Minnesota Mile at Canterbury Park in Shakopee, MN (a suburb of Minneapolis) start at just $35, with indoor and outdoor reserved seating going for just $45. There’s also an exclusive VIP Experience available, though be quick as tickets are going fast. Ticket options can be accessed here: http://www.canterburypark.com/events/ama-racing/ Look for additional details about this penultimate AFT event in the coming days.

Don’t miss a double-header of American Flat Track race action when the Harley-Davidson Springfield Mile II and Harley-Davidson Williams Grove Half-Mile presented by Appalachian Harley-Davidson debut on NBCSN on Sept. 22 and 23, respectively. The Springfield Mile II will air on Saturday the 22nd at 2:30 pm ET (11:30 am PT), with the Williams Grove Half-Mile airing on the 23rd at 5 pm ET (2 pm PT) on NBCSN. Featuring flag-to-flag coverage of all four Main Events (AFT Twins presented by Vance & Hines and AFT Singles) plus coverage of Heats and Semis (all enhanced by drone and onboard footage), the NBCSN features are must-see TV.

The Mission Winnow Ducati team resumed action at Losail (Qatar) to move forward with the development of the Desmosedici GP19 in the last MotoGP tests before the season opener, scheduled for March 8-10 on the […]