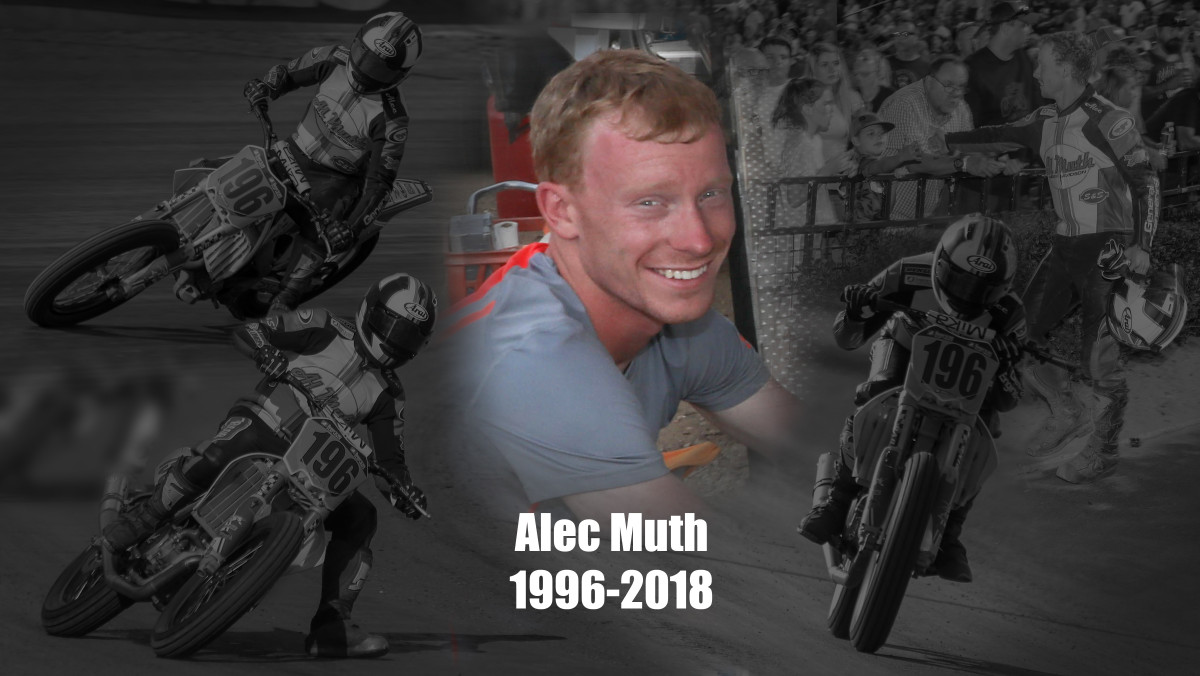 DAYTONA BEACH, Fla. (August 16, 2018) – It is with heavy hearts that we announce the passing of Alec Muth (22), who was involved in an on-track incident during the American Flat Track event at Black Hills Speedway in Rapid City, S.D. on Tuesday, August 7. Despite the immediate action of first responders and the best efforts of the very experienced staff at Rapid City Regional Hospital, Muth succumbed to his injuries on Thursday, August 16. Muth was an up-and-coming rider from Black River Falls, Wis. He will be deeply missed by peers and fans alike.

“Alec was a popular guy in the paddock and had a lot of friends in the flat track community,” said Michael Lock, CEO of AMA Pro Racing. “He scored his first points in AFT this year and recorded a very impressive top-ten finish at the OKC Mile, in June. It is extremely sad that his journey through life has been cut so short and our thoughts are with his family at this time.“

“Alec was a hero both on and off the race track,” said Charlie Roberts, Class of ’79, a 501(3)c charity supporting injured riders and their families. “Alec was a fierce competitor, a firefighter, a friend to many and a great son from a loving family. Having made the selfless decision to be an organ donor, his legacy will continue as he gives the gift of life to those in need.”

August 1, 2019 Michael Le Pard News Comments Off on What Chairman of the Board of Management of BMW said about BMW’s Future

Good Morning, Ladies and Gentlemen!   Today, I would like to address three main points: Our electro model programme. Our market performance. And our profitability.   Many of you were at our first #NEXTGen in […]

DAYTONA BEACH, Fla. (April 2, 2018) – American Flat Track will introduce the AFT Production Twins support class at this year’s Harley-Davidson Springfield Mile I and II events on May 26 and September 1, respectively.   At both events, […]