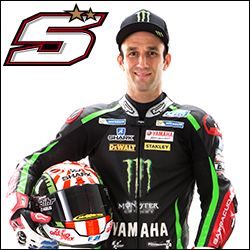 Monster Yamaha Tech3 star Johann Zarco displayed a resolute race performance today for the eighth round of the MotoGP Championship season at the Sachsenring. Following a tough Qualifying the Frenchman had to start from 14thon the grid, but already made up two positions in the opening lap. With a hard fight Zarco eventually ended up in ninthto collect seven important points and goes into the summer break as the leading rider of the independent riders championship.

On the other side of the Monster Yamaha Tech3 garage, Hafizh Syahrin showed a fantastic effort. Starting from the back of the fifth row, the Malaysian premier class newcomer caught one rider after another, bet all his fellow rookies to finish in eleventh and reclaim the provisional top spot of the Rookie of the Year standing. Now the entire paddock commences a short summer break before the second half of the 2018 season kicks off in 19 days’ time at the Brno circuit in Czech Republic.

“I’m happy about the race. Ninth position is good for the difficult weekend I had. Although I’m happy about the result, I’m a bit disappointed that I couldn’t see the podium as my pace is just not good enough to be there. Together with my crew we work hard, but we didn’t find the right solution this weekend to be stronger. That’s the hardest task, that I hope we can solve after the summer break in order to have a better feeling and be fast again. Maybe we can find the way to set the bike up better. I cross my fingers for the second half of the season to find the pace for the podium again. Fifth in the championship, same like fourth, but it would be really fantastic to fight for the top 3 in the overall standings and I trust in it.” 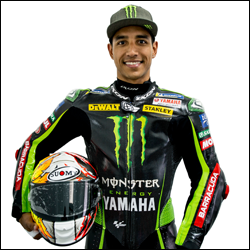 “First of all, I want to say thank you very much to my crew, because they made a really good job on my setting. We came back in FP4 after we went a bit in the wrong direction in FP3. I felt like in the beginning of the season and honestly, I think this track is really tricky, but I scored very strong points. I could stay with the group of Johann, but then suddenly the rear tyre had a big drop. I tried to understand and manage as good as possible, this is part of my learning experience. Eleventh was the best I could get at the moment. I tried to come back stronger after some difficult rounds and now we are best rookie again before the summer break. I try to keep my physical condition consistent, try to train hard in the break and don’t lose the focus, because I want the Rookie of the Year title.”

WESTON PEICK SIGNS WITH SUZUKI FOR 2019

Team Suzuki Press Office – September 5. Weston Peick will remain with the Autotrader/ Yoshimura/ Suzuki Factory Racing Team for the 2019 AMA Supercross and Motocross seasons. The Menifee, California rider – one of the […]