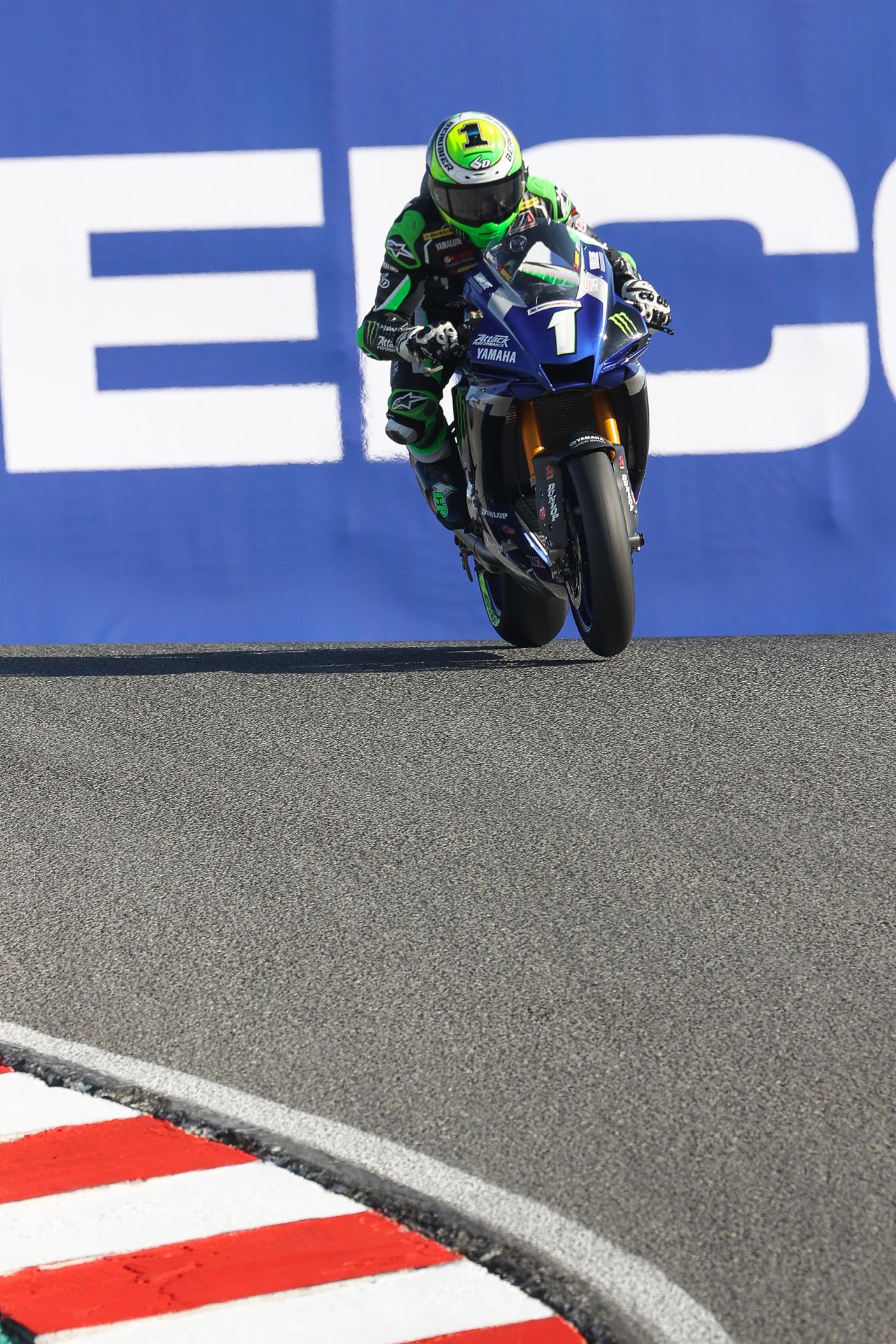 Monster Energy Attack Performance Yamaha Racing’s Cameron Beaubier put on another dominant performance in Saturday’s Superbike race one of the MotoAmerica season finale at WeatherTech Raceway Laguna Seca. His teammate Jake Gagne was battling for a podium position but unfortunately, a technical issue had him crossing the line in fourth.

Fresh off of securing his fifth MotoAmerica Superbike title, Beaubier hit the ground running, securing his seventh pole position in Friday’s afternoon qualifying session. When the lights went out, the Californian got off to a great start and grabbed the holeshot. He then went on to build a healthy gap, crossing the line over 10-seconds ahead of the competition for his 14th win this season.

Gagne also showed speed early, topping Friday’s practice session and lining up alongside his teammate on the front row of the grid. At the start, he slotted in behind Beaubier and was holding down second. Five laps into the race, the battle for second heated up. Gagne was able to hold off the competition for a while but was eventually passed in Turn 2 after going a bit wide. Around the halfway mark, he was able to reclaim the runner-up position after the rider ahead crashed out of the race. Unfortunately for Gagne, a technical issue made it difficult to hold off subsequent challengers and he was shuffled back to fourth in the final laps of the race.

“Our Yamaha’s have always worked really well at Laguna and with Cameron at the controls the combination is unstoppable. Even though it wasn’t the result we were looking for with Jake in race one, he is in a good position to capture second place in the championship in race two. To ultimately finish 1-2 in the championship would be a great accomplishment for the team.”

“My bike is working so great around this place. I’m just having a lot of fun. The championship is behind us, so I’m just riding free and enjoying this weekend knowing that it is going to be my last one with Yamaha. Tomorrow’s going to be a tough one with two races, so I’m going to enjoy this one tonight and come back ready for it.”

“Today’s race was a bit rough. I got off to a good start behind Cam and our first few laps we’re pretty good. Unfortunately, we ran into an issue that caused us to keep losing power. Luckily we were able to bring it home in fourth and salvage some points. The track heated up more than we had thought it would after a cold few days, but we were able to learn a bit about how the tires held up. I’m ready and excited for two races tomorrow and to finish off the year strong.”

Rockstar Energy Husqvarna Factory Racing are pleased to announce the four-year extension of Jason Anderson’s contract. He has been successful with the brand since he was signed in 2014, with multiple race wins and podium finishes. Anderson […]