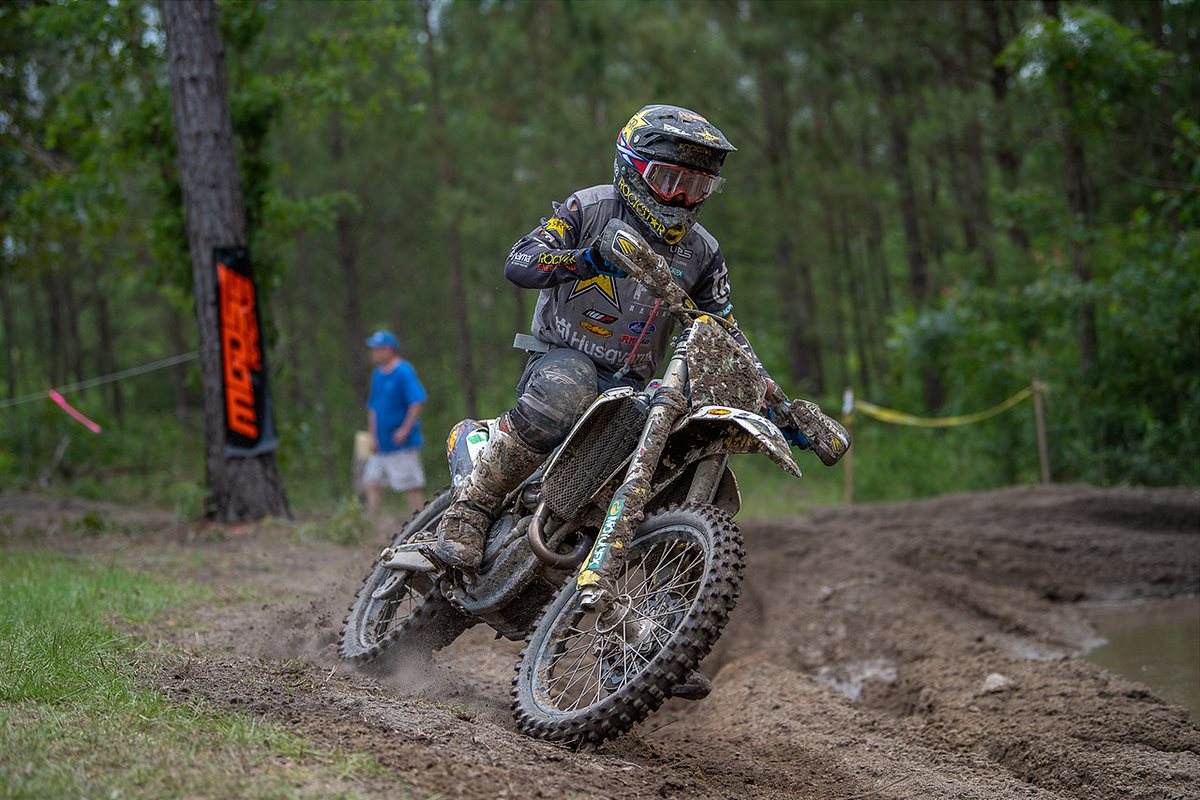 Rockstar Energy Husqvarna Factory Racing Team’s Craig DeLong kept his XC2 250 Pro class podium streak alive on Sunday with a third-place finish at Round 5 of the 2020 Grand National Cross Country (GNCC) Series in Society Hill, South Carolina.
DeLong got off to a mid-pack start aboard his FC 250 and he quickly worked his way into the top-five on the opening lap. He continued to charge early on as he moved into third on lap two and he diced back-and-forth for the final podium position for the remainder of the race. With two laps to go, he solidified the third-place position and he held strong to secure his fifth podium appearance of the season.
“I was pretty much in the second through fourth-place battle all day and I got a little lucky there at the end with Ryder destroying a wheel,” DeLong said. “It was a good day getting on the podium but I’m not happy with how I rode and how I managed the race, so I’ll just come back stronger at the next one.”

On Saturday 19th February, Infront Moto Racing and the organizers of the British Grand Prix announced that the opening round of the FIM Motocross World Championship would be delayed by a week due to severe […]

Nine times world champion and MXGP legend Tony Cairoli will line-up for Red Bull KTM Factory Racing in the 450 MX gate for the opening rounds of 2022 AMA Pro Motocross in California this May/June. […]