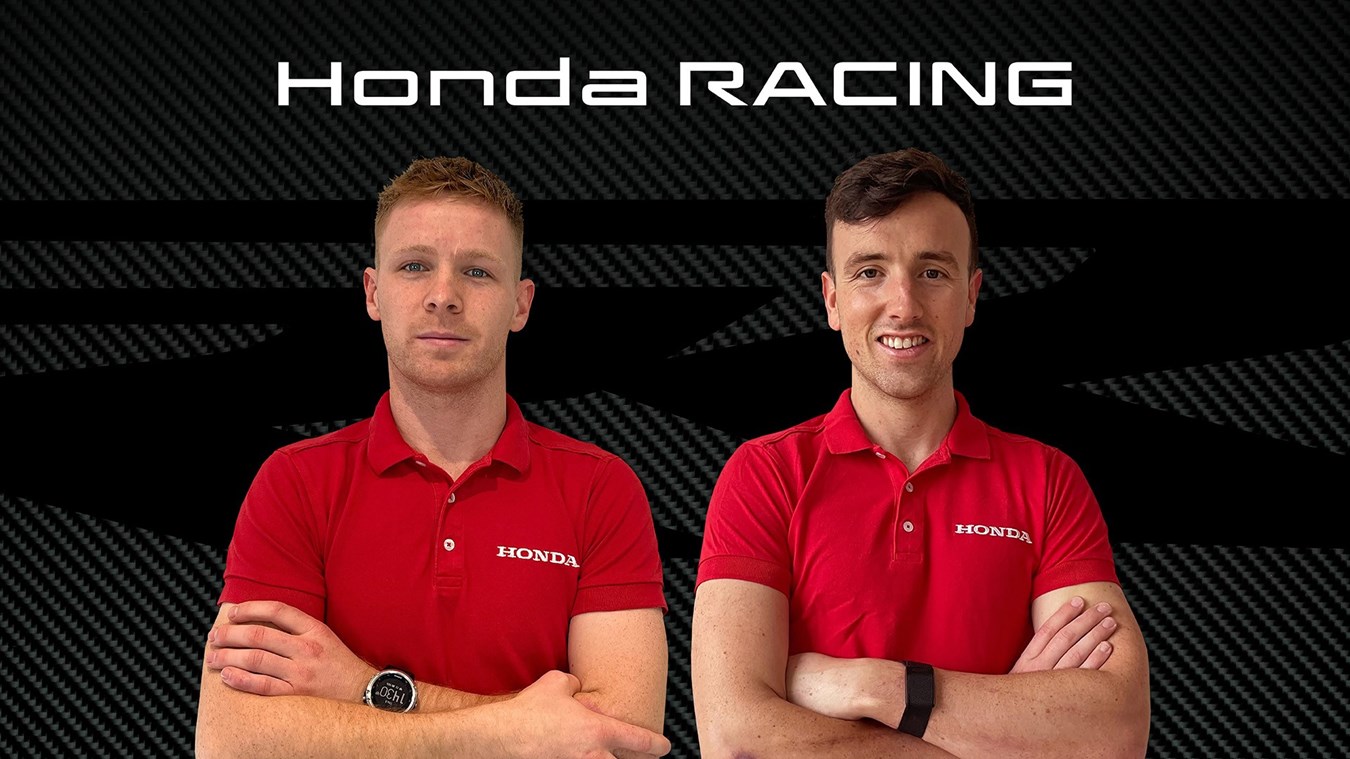 Honda Racing UK is pleased to confirm a refreshed but familiar lineup for the 2023 Bennetts British Superbike Championship season, welcoming back to the family Andrew Irwin alongside Tom Neave aboard the race-winning Honda CBR1000RR-R Fireblade SP.

Andrew has already enjoyed some key milestones with Honda Racing UK, including his first-ever BSB victory at Thruxton in 2019 and victory at Donington Park in what was the debut race for the all-new Fireblade, and he is warmly welcomed back to the Honda Racing family.

Tom Neave remains with the Louth-based squad for his second year in the premier class. After a maiden learning season in 2022, the 2021 Pirelli National Superstock Champion is ready to take the next step in his superbike ascent aboard the #68 Fireblade SP.

Japanese riders Ryo Mizuno and Takumi Takahashi will move to racing pastures new for the 2023 season. Having enjoyed two seasons of learning new circuits, a new paddock and new culture, the next step in their career will see them leave the BSB paddock, and Honda Racing UK thank them for their contribution to the team. Given their wealth of experience, it is hoped that they will still support the team during testing both before and during next season.

Returning to a two-bike team for the 2023 season will see Honda Racing UK continue the absolute focus and commitment which brought five victories and a further five podiums in 2022 with the Fireblade SP. Many of these successes were gained towards the latter stages of the season in the Showdown during which Honda Racing UK outscored all the competition. The focus will be to build on this race winning momentum into next year.

Both Andrew and Tom will be attending 2022 Motorcycle Live BSB Sunday on 20th November.

Plans for the Honda Racing UK 2023 Roads programme will be announced at a later date.

The 2023 British Superbike season gets underway at Silverstone on 7-9 April. The full calendar:

I am really excited to have signed for Honda for 2023 and I can’t wait to get back on the Fireblade. It was a bike I loved and I believe I am getting on an even better bike than when I left two years ago so I can’t wait to get back on it and just to get stuck into it. I can’t thank Neil and Harv enough for giving me the opportunity to return and I hope I can do a good job. The bike is good which Glenn proved in 2022 and there is no reason why we can’t have a strong championship. I think we have a strong team with good people around me. I plan to have a really good off season and work hard and try to come into 2023 season in the best shape possible. I can’t wait to get back on board and look forward to testing in March.

I’m absolutely delighted to remain with Honda Racing for what will be my 5th consecutive season in 2023. We have achieved a lot together over the previous seasons, so to remain on the Fireblade for another year will be a positive step for me. There’s no denying my first full season on the superbike has been a tough one, but continuity is key at this point and the experience I have gained along the way has been invaluable. Next season I look forward to repaying the faith that Honda have shown in me, so I’ll be doing my all to take the next step in my racing career. I can’t wait to get started!

We’re delighted to welcome back Andrew alongside Tom in 2023. We’ve shared moments with Andrew like his and the bike’s first wins, and now we’re very happy to be able to bring him back to the family. The 2022 season was a learning year for Tom having graduated from Superstock, and with that experience he’s ready to take the next step in 2023. Alongside Andrew, we have an exciting line-up full of promise and potential. This year has continued to demonstrate the performance of the CBR1000RR-R Fireblade SP and it’s encouraging to have finished our 2022 campaign so strongly. I’d like to thank Glenn for his dedication and hard work and the success we’ve enjoyed together. Similarly it’s been a pleasure having Ryo and Takumi on board for these last two seasons. We wish them well in the next step in their career and hope to work with them again in the future.

Since 2020 when the new CBR1000RR-R Fireblade SP took its first BSB victory we’ve continued to demonstrate how much of a force to be reckoned with the new bike is, and 2022 was no exception. Now, it’s with excitement and promise that I look forward to 2023, welcoming Andrew back to the team alongside Tom. Andrew is no stranger to Honda Racing UK and the Fireblade, having played a pivotal role in its development with Honda Racing UK throughout 2020, so we believe it’s a great fit to have him back with us. We start the 2023 season full of optimism and enthusiasm after a strong run in 2022 to narrowly miss out on the title, so that’s the target for next season.

The eleven eRiders of the 2021 MotoGP eSport Championship were back to compete online this afternoon with the MotoGP21 video game for the season’s third round.In the first of two races, held on the virtual […]