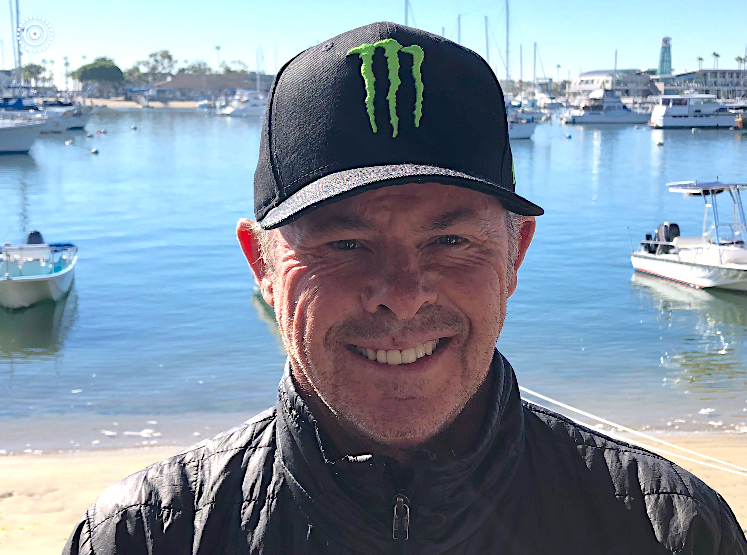 NEWPORT BEACH, CA (Jan. 8, 2019) – Jeff Ward, a seven-time AMA Motocross champion, AMA Supermoto champion, IndyCar and NASCAR racer, Motorcycle Hall of Famer and one of the most versatile and successful competitors in the world of motorsports, will return to the racetrack to compete in American Flat Track events in 2019.

“Most folks probably don’t know this,” Ward said, “but I started racing flat tracks and TTs as a youngster, and then gradually moved to motocross, so I’ve got some pretty deep flat track roots. I’ve been riding lately at the Blackmore Ranch flat track facility in Southern California, and really enjoying it. I also watched all the AFT races on NBCSN in 2018, and I got to thinking, ‘Let’s try this…’ – and here we are!

“The plan,” continued Ward, “is to do the five TT events, and maybe catch a Short Track or two. I’ll be riding KTM 450s, with set-up, logistical and training help from Johnny Lewis. I’ll ride one of Johnny’s KTMs at Daytona in March, and one of my KTMs in Arizona in April, as it’s close to my So Cal base. After that we’ll figure out logistics for the rest of the rounds.

“I’m working on finalizing sponsors now,” Ward added, “and we definitely have opportunities for companies to come aboard. We are going to have a lot of fun with this and stir things up a bit. I think we’ll be in contention for wins, too. I’m 57, but I’m still pretty fast on a motorcycle and in great shape thanks to all the motocross riding and mountain bike racing I’ve been doing. It will be a challenge, for sure, but I’m committed to this and plenty serious about the season.”

Ward, who’s also a member of the Motorsports Hall of Fame, will have serious logistical and bike set-up support from Lewis, a top-level flat tracker in his own right.

“Jeff’s a master,” said Lewis, “and he’ll adapt quickly. He’s just so intuitive and has such a good feel for the motorcycle, what it needs, and how to extract maximum performance from it. I’m always amazed how good he is when I watch him. We’ll be working together and testing before the Daytona round on March 14, and afterward, too, so he’ll be ready. When you combine his world-class natural talent with the fact that he still wants to learn and pays attention to the smaller things I can help him with, he’s going to be tough to beat. He’s also going to be involved in my Moto Anatomy schools whenever possible, so I’m excited about our collaboration. We’re going to have some fun!”

The MotoGP Grand Prix of Aragón, held this afternoon at the MotorLand Aragón in Alcañiz, ended with an extraordinary victory for Pecco Bagnaia, who secured his first MotoGP success.The Ducati Lenovo Team rider, who took […]

Monster Energy Attack Performance Yamaha riders Cameron Beaubier and Jake Gagne scored a dominant 1-2 finish on Sunday, May 31, in race two of the opening MotoAmerica round in Elkhart Lake, Wisconsin. Lining up in […]

After the two preseason tests held a few weeks ago, Ducati Lenovo Team riders Jack Miller and Francesco Bagnaia are back in Qatar for the inaugural Grand Prix of the 2021 MotoGP World Championship, which […]