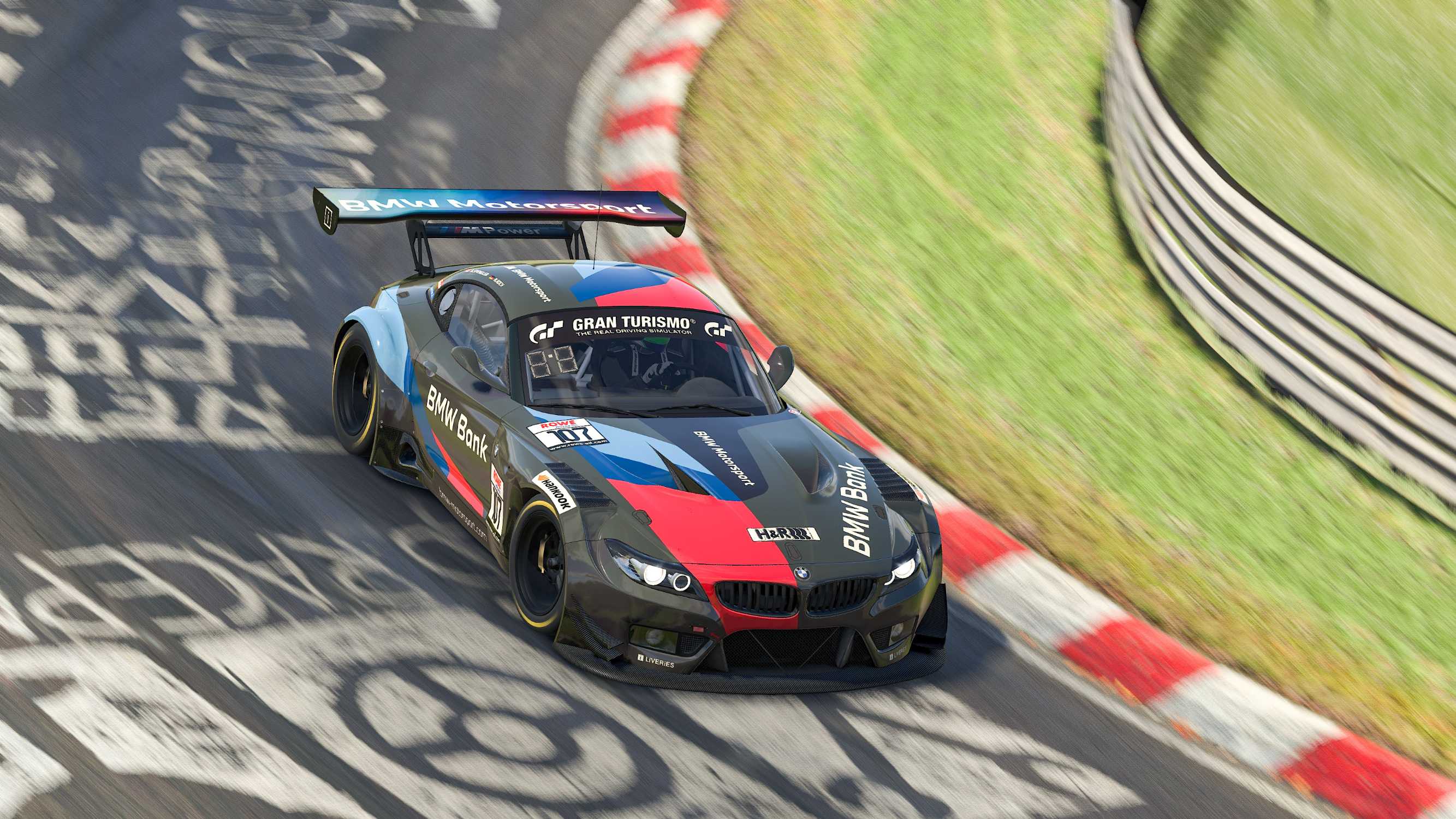 Spengler and his team-mate Nils Koch (GER) started the race from sixth place. Although a 35-second penalty was imposed on them after an incident with a TCR car, the duo from Team BMW Bank gradually worked their way up through the field thanks to a smart strategy. After Spengler and Koch had shared driving duties for three hours of racing, they were able to celebrate finishing second.

The thrilling battle for third place went all the way to the line. In the end, Christian Krognes (NOR) in the #35 BMW Z4 GT3 was able to hold off the pressure applied by BMW works driver Philipp Eng (AUT), chasing him in the #189 car. Krognes and his Walkenhorst Motorsport team-mate, Mikkel Jensen (DEN), claimed third place.

Eng, who again shared driving duties in the cockpit of the BS+COMPETITION BMW Z4 GT3 with Alexander Voß (GER), had been the best BMW driver in qualifying, as he secured fourth place. He swiftly moved into third during the race, but the subsequent battle for second place saw a collision with the MAHLE RACING TEAM Audi. The resulting penalty imposed on Eng pushed the #189 back down through the field. Eng battled back to challenge for a podium finish on the final lap, just missing out by a few tenths of a second. The Walkenhorst Motorsport #34 BMW Z4 GT3, driven by David Pittard and Sam and Scott Michaels (all GBR), finished in fifth position.

A total of nine BMW Z4 GT3s were competing in the fifth race of the DNLS powered by VCO. The other BMW works drivers in the race were Martin Tomczyk, Jens Klingmann (both GER), Jesse Krohn (FIN), John Edwards (USA) and Nick Yelloly (GBR), as well as the BMW Junior Team with Max Hesse (GER), Dan Harper (GBR) and Neil Verhagen (USA).

Reactions to the fifth race in the DNLS powered by VCO:

Bruno Spengler: “We are very pleased with the second place. Even though we might even have won the race without that incident and the resulting 35-second penalty. But that’s all part of it.”

Philipp Eng: “Of course, it was a shame that there was an accident during the battle for second place. I knew that to have a chance of overtaking in the slipstream, I had to be up close at the entry to Döttinger Höhe. The initial contact in the Tiergarten turn was just unlucky. After that I had to go across the grass and then I touched the other car again when I returned to the track. We were very close to one another and maybe I didn’t gauge the distance entirely correctly on the simulator. It’s quite a different feeling in a real car, as you actually are driving door to door. It’s a bit more difficult to judge it correctly in sim racing.”

As Monster Energy Yamaha Factory Racing Team’s Aaron Plessinger continues to recover from his broken heel injury sustained earlier this year in Supercross, the team has announced that international racer Dean Ferris will stand in […]

Munich. With just a matter of weeks to the start of the seventh BMW Motorrad International GS Trophy, Oceania 2020, the attention at GS Trophy HQ has moved on to sorting and shipping the personal equipment […]