With the Superbike race getting underway at a slightly later time than planned, due to fog and mist across the Mountain, the Honda duo set off at 1pm local time, with Hutchy fourth and Johnston 13th on the road.

‘The General’ had strong pace from the start and quickly settled into a good rhythm aboard the CBR around the 37.73-mile Mountain circuit. Coming into the first pit stop at the end of the second lap, Johnston had moved into tenth place.

With consistent, quick lap times and fast pit stops from the super-slick Honda crew, Johnston was able to make up places throughout the race, eventually crossing the line in sixth place with a race time of 1:47:42.014 (15 seconds from fifth place).

Meanwhile teammate Hutchinson retired from the race on lap four at Governor’s Bridge. Having got a good start off the line and looking strong in the opening stages of the race, he pulled in at the end of lap four having struggled with suspension set-up on the CBR machine.

The team will now prepare for the Superstock race on Monday 4 June, ahead of the blue riband Senior TT on Friday 8 June. 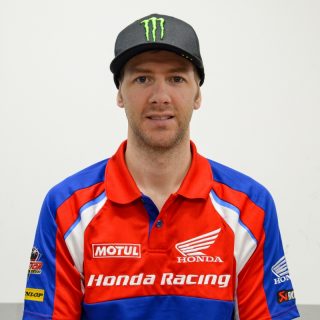 We’ve made a lot of changes with the Fireblade over the week and coming into the race today I was confident with the changes. I had a good start and good pace in the early stages of the race. I came into the pits and we had a good stop, but I was already starting to struggle with the suspension setting we decided to go with. I pulled in towards the end of the fourth lap at Governors Bridge; I just wasn’t comfortable enough to continue another two laps. We have learnt a lot from today and we’ll start looking into different options to really optimise the Fireblade’s setting for me over six laps, ready for the Senior TT on Friday. 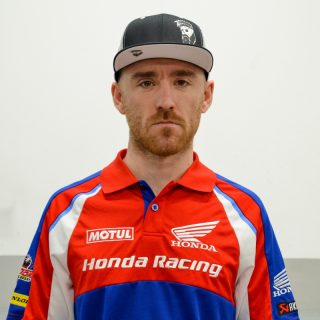 We changed the Fireblade a lot after last night’s practice, so coming into the race today we didn’t really know what we had going into the first lap! But I felt comfortable throughout the whole race and to get a top-six on a Superbike is really good for me here. We do have some things to change ahead of the Senior on Friday, but all in all I’m pretty happy and hopefully we can better today’s result next week. We’ve been working mainly on the stability of the CBR over the bumps; just normal things around here really, but we do struggle with my size and getting enough weight on the bike. I’m 65kg and the bike is used to having people around 75-80kg on it – 10kg is a lot! The CBR is stable in a straight line and so fast, but it’s just pulling it all together and getting the weight in all the right places so we can manage the power. We have some good information from the six laps today and it’s just a case of looking into a few things before the Senior TT. 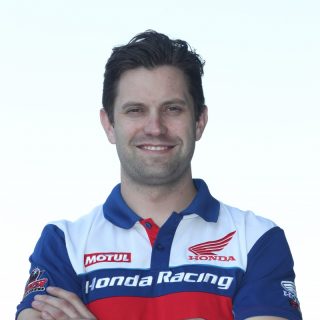 I’m really pleased with Lee’s result today, practice went well this week and we made improvements night after night, and we went faster today as well, which is all we can ask for. He finished the race and he put in 100% over the six laps and came back with a strong result. We’ve got a lot of information that we can now use moving forward into next week. Ian made an awesome effort, especially as his leg was in a cage six weeks ago! He pulled in after four laps as the CBR isn’t exactly where he needs it at the moment and we do have some work to do with the suspension as it made it really hard for him today. We have some work getting it in a position where he can push on for six laps, but we have information from today so I think we’re in a good position to be able to work towards something for the Senior.

Saturday 2 Jun 2018, 13:55 UTC
About Michael Le Pard 5053 Articles
"Mr. Totalmotorcycle". Owner and Founder of Total Motorcycle. Supporting over Motorcyclists and Motorcycling for 21 great years. Total Motorcycle is my pride and joy and being able to reach out 330 million people has been incredible but I could not have done it without the support of my visitors, readers and members, thank you so much! You are making a difference to millions of riders worldwide. Thank you.
Website Facebook Instagram Twitter YouTube LinkedIn

The Red Bull Honda World Superbike Team successfully completed their first pre-season test of 2018 at the Circuito de Jerez in Spain. The team’s riders for the upcoming  WorldSBK season, Leon Camier and Jake Gagne both impressed […]

Johann Zarco produced a dazzling performance to qualify in 3rd for the round 16 fight tomorrow. The rapid rookie began the day with a highly confident display in mixed conditions to complete FP3 in 2nd, […]

The Movistar Yamaha MotoGP Team Presents its 2018 Colours in Madrid

The Italy-based Yamaha Factory Racing team travelled to Madrid not only to present a new livery, but also to celebrate its strong partnership with telecommunications giant Telefónica Spain. The two companies signed a five-year partnership […]