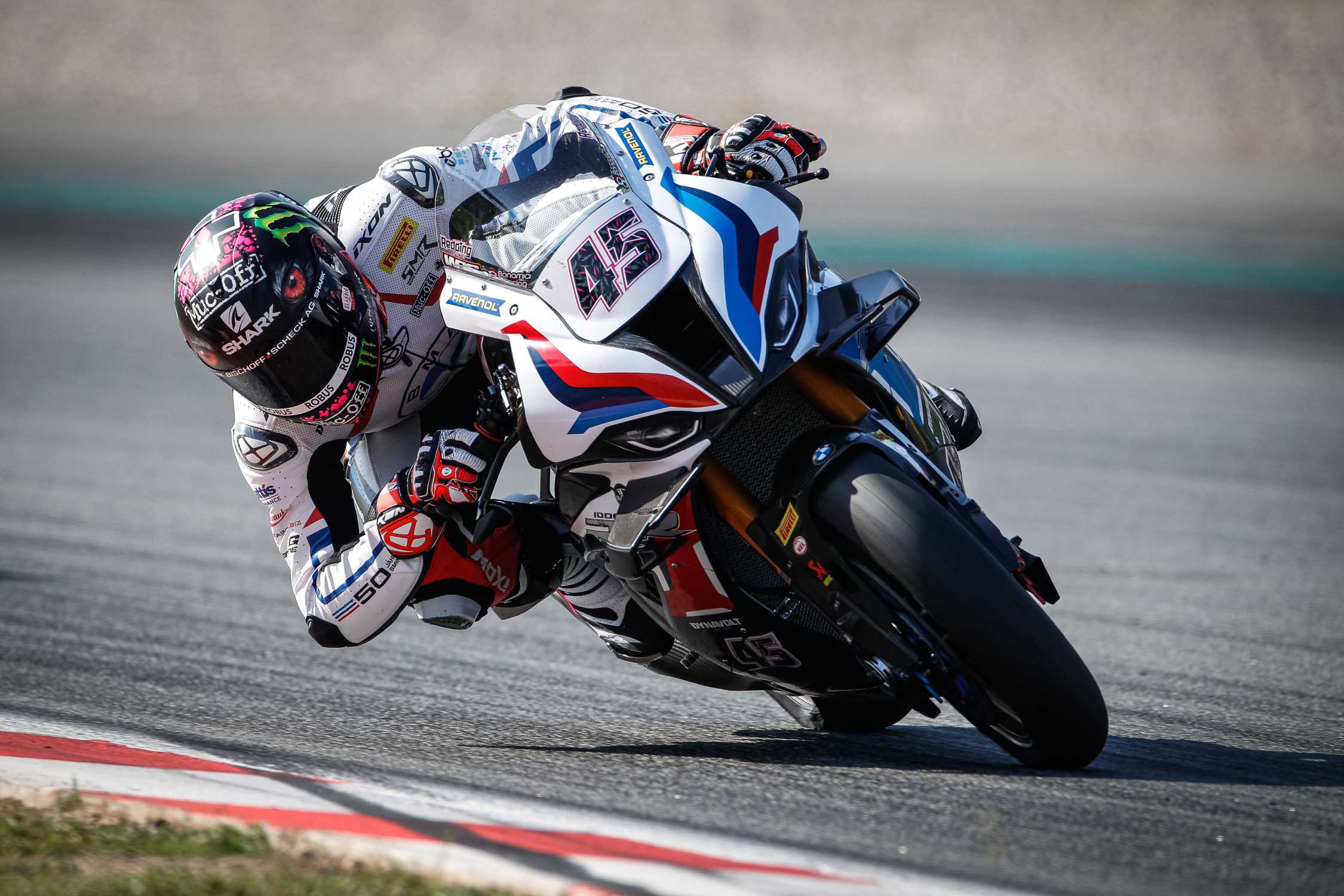 Portimão. BMW Motorrad Motorsport will compete at the final European event of the 2022 FIM Superbike World Championship (WorldSBK) this weekend (7th to 9th October). Autódromo Internacional do Algarve near Portimão (POR) is the venue for round nine of the season. BMW Motorrad Motorsport, the BMW Motorrad WorldSBK Team and the Bonovo action BMW Racing Team then head overseas. The final three events of the season will be held in Argentina, Indonesia and Australia.

The BMW Motorrad WorldSBK Team has moved on from the difficult race weekend at Barcelona (ESP). Scott Redding (GBR) is looking instead to back up the success he had enjoyed previously, while team-mate Michael van der Mark (NED) is hoping to take the next step towards the front of the field. The team and van der Mark have fond memories of Portimão, where the Dutchman last year won the Superpole race on the Sunday morning.

The Bonovo action BMW Racing Team finished in the top ten in all Barcelona three races, and is now determined to improve on that performance at Portimão, at a circuit that ought to be more suited to the BMW M 1000 RR. Portimão is a home event for Eugene Laverty (IRL), who has lived just a few kilometres from the racetrack for a number of years now. He and team-mate Loris Baz (FRA) have their sights set on more strong results for the team.

Quotes ahead of the Portimão round.

Marc Bongers, BMW Motorrad Motorsport Director: “After Barcelona, where we fell short of our own expectations at times, we now want to start afresh at Portimão. In the final races in Europe, we need to carry on where we left off at Magny-Cours. It is also important to significantly cut the gap to the front-runners with all four riders. The character of the track at Portimão has suited us in the past, and we hope that will be the case again this year. In the short time since Barcelona, we have worked hard to analyse where our weaknesses are and how we can solve them. We want to bring the European leg of the season to a close on a high so that we can then carry the momentum into the final spurt overseas.”

Scott Redding, BMW Motorrad WorldSBK Team: “For me, Portimão is a good circuit, very technical. I quite enjoy riding it because of the character, the up and down, the long corners, the slow corners, so I am very excited to go there. Obviously, after a tough weekend at Barcelona, it would be nice to try to get back to where we were, but again it’s another new track for me with BMW, so I don’t know the potential. I know BMW had a good result there last year in the rain-mixed conditions so let’s see what we can do. It would be nice to get back to the top five, and if we are feeling really strong it would be nice to try and get a podium again or at least fight for it. I am looking forward to it.”

Michael van der Mark, BMW Motorrad WorldSBK Team: “I am looking forward to Portimão; it is one of my favourite WorldSBK tracks on the calendar. It’s a unique track and I am always looking forward to getting there. After Barcelona, our main target is to have a problem-free weekend. I still need to ride as much as possible. There were some positives at the Barcelona weekend and I am pretty sure that if all goes well we will be a lot faster at Portimão. Like I said, it is one of my favourite tracks and that always helps. I can’t wait to get started and see how it goes.”

Loris Baz, Bonovo action BMW Racing Team: “Portimão has always been one of my favourites since day one. Last year there was a turning point of coming back with my three podiums there. Barcelona was tough, but I managed to bring the best possible home. Portimão should suit us much more and I really hope to be in the top five there. If I can qualify better, I’m sure my races in Portugal can be strong.”

Eugene Laverty, Bonovo action BMW Racing Team: “The Portimão circuit has always been special to me having won there on both Supersport and Superbike machines. I now live nearby so it is truly a home race. Last time out at Catalunya I was pleased to return inside the top ten and that will be the aim again at Portimão. As riders we all love naturally undulating tracks and Portimão is just that, a real rollercoaster. During practice we’ll aim to improve our outright pace as I’ve been lacking in Superpole lately. If we can qualify better then it puts us in the mix for the early laps of the races.”

Positive Day 1 for Zarco at Silverstone

The Monster Yamaha Tech3 pair started their British Grand Prix campaigns today as they both took the first steps in preparation for Sunday’s showdown. Johann Zarco began the weekend with instant speed after completing FP1 […]