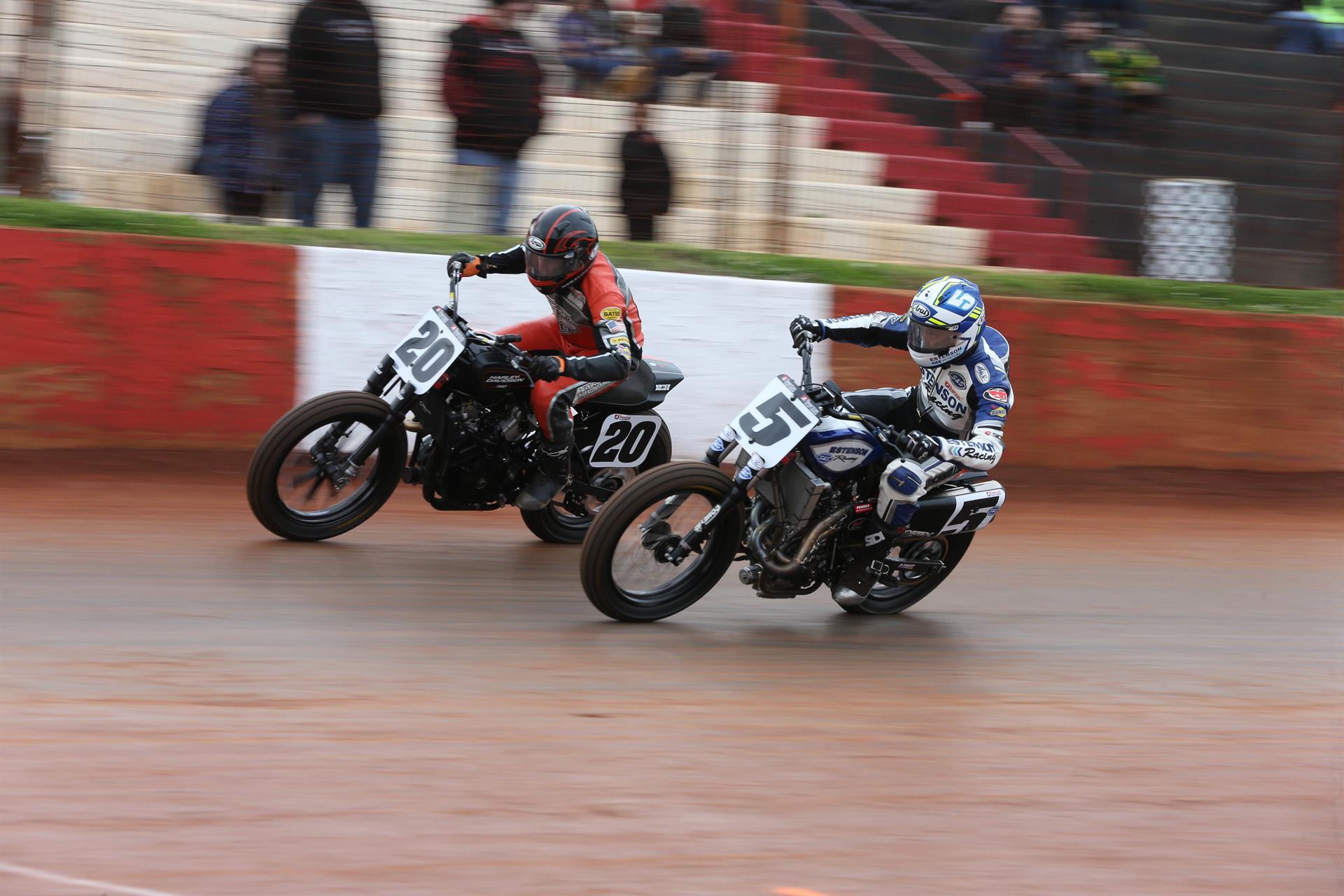 DAYTONA BEACH, Fla. (March 19, 2019) – The world’s greatest dirt track racers have barely had a chance to catch their breaths following a dramatic season opener, and they’re already preparing to do battle again this weekend as American Flat Track arrives at Dixie Speedway in Woodstock, Ga., on Saturday, March 23, for the Yamaha Atlanta Short Track presented by Cycle Gear.

There will be no opportunity to relax once Saturday’s action kicks off. Lightning quick reflexes, bold and decisive maneuvers, and bar-to-bar banging will be the order of the day in the compressed confines of Dixie Speedway’s 3/8-mile clay oval.

Perhaps ironically, the addition of Briar Bauman (No. 14 Indian Motorcycle/Progressive Insurance FTR750) to the Indian Wrecking Crew not only made him teammates with defending AFT Twins presented by Vance & Hines Champion Jared Mees (No. 1 Indian Motorcycle/Progressive Insurance FTR750), it also transformed him into a significantly more serious threat to Mees’ throne.

That new reality was underlined when Bauman dominated last week’s DAYTONA TT. The rising star has previously demonstrated his short track prowess with two career wins in the rarest of AFT’s four disciplines, and he’ll look to press his early points advantage this weekend in Atlanta.

Meanwhile, Round 2 of the Roof Systems AFT Singles presented by Russ Brown Motorcycle Attorneys season presents an opportunity for a number of expected title contenders to strike back following rough opening nights.

Chief among them are Shayna Texter (No. 52 Red Bull KTM Factory Racing SX-F 450) and Kevin Stollings (No. 99 Roof Systems/Hinson Honda CRF450R). While they failed to make the Main in Daytona, both are proven podium performers in Atlanta.

Reigning class champion Dan Bromley (No. 1 Red Bull KTM Factory Racing 450 SX-F) has the title for a reason; he’s a contender whenever the AFT Singles class squares off. He backed up last year’s DAYTONA TT triumph with a second in Atlanta, and he’ll look to parlay his season-opening third into similar success again this year.

Fresh off his runner-up comeback performance in Daytona, Dalton Gauthier (No. 122 D&D Cycles/FlatTrack.com KTM 450 SX-F) might just be the race favorite. When he last lined up for the Atlanta Short Track in 2017, he was the night’s top qualifier, led the most laps, and won the Main Event going away.

Beyond the AFT Twins and Roof Systems AFT Singles races, the Atlanta Short Track will feature the Astro Invitational, which pits former pros and vintage flat track competitors against one another on Bultaco Astros to benefit the Class of ‘79 charity to help injured racers.

The attractions aren’t exclusive to the track. The Fan Zone will feature KTM Demo Rides, live music, and vendors, and fireworks displays will follow the AFT Singles and AFT Twins Main Events.

Tickets for the Yamaha Atlanta Short Track presented by Cycle Gear are on sale now and can be purchased online at www.americanflattrack.com. General admission tickets are $40 online, $50 at the gate. Fans also have the option to purchase an upgraded VIP Experience ticket package featuring access to the Cycle Gear Turn 1 VIP Tent (food and beverage included), complimentary race program, and an exclusive race souvenir.

Whether you make it to the track or watch on your device, be sure to catch the feature broadcast of the Atlanta Short Track on NBCSN with flag-to-flag coverage of both Main Events enhanced by exclusive features and cutting-edge aerial drone and onboard footage. It will debut on Sunday, March 31 at

FIFTH PLACE FOR RINS, 10TH FOR MIR IN SIZZLING SEPANG

Raw and Uncompromised. The new 2019 Harley-Davidson Electra Glide Standard provides the ultimate stripped-back touring motorcycle experience. Disconnect from all the noise of the day-to-day, become one with the road. Only the essential Harley-Davidson styling […]