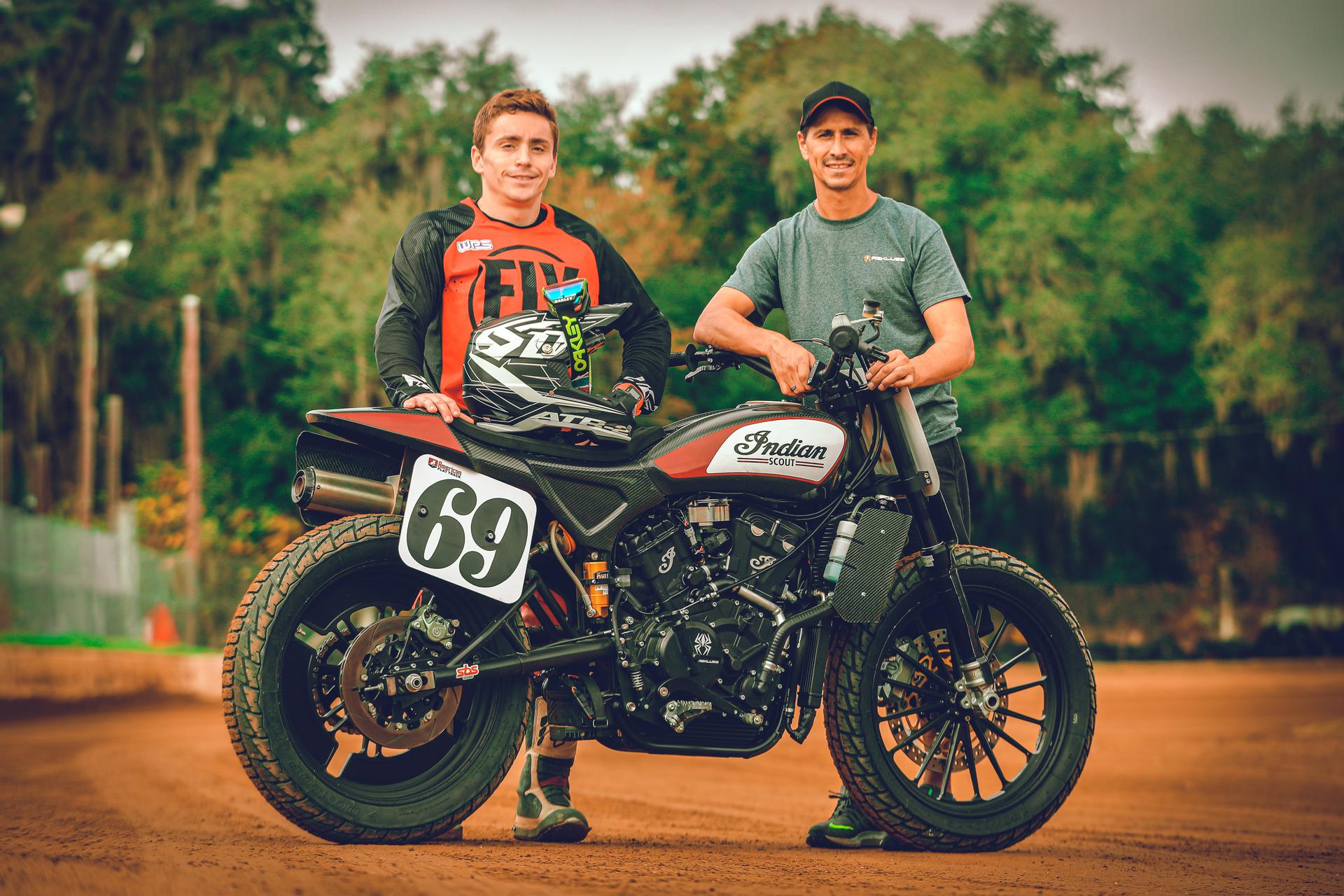 DAYTONA BEACH, Fla. (January 7, 2020) – As anticipation climbs for the 2020 season of American Flat Track, Coolbeth-Nila Racing makes an announcement sure to turn the tide of the inaugural AFT SuperTwins season. Making his debut on the Indian Motorcycle FTR750, Sammy Halbert will pilot the Coolbeth-Nila machine in 2020.

“We are really excited to get the season started,” said Kenny Coolbeth, Jr. of Coolbeth-Nila Racing. “We have made a lot of major improvements to the bikes, and combine that with Sammy’s drive to win, and I feel like we will be up front and contending for wins. Our team owner John Wise has put a lot into the program within the last couple of months to make sure that Sammy will be set up to be a major contender in the SuperTwins class.”

Arguably one of the most versatile riders on the circuit, Halbert has scored a victory on each of the four types of AFT tracks. With thirteen career premier class victories to his name, Halbert is excited and optimistic about his transition to the multi-championship-winning FTR750.

“I’m honored to have Kenny Coolbeth choose me to ride for him, especially after having raced with him in the AFT series since 2005,” said Halbert. “We’ve had a lot of great battles on the track over the years, which makes it that much more special to combine our efforts and talents to take on the competition. I’m excited to see what I can do on a bike that’s already a proven winner. With the full support of this team behind me, and our growing list of partners including Roof Systems of Dallas, Texas, I am looking forward to great things this year.”

Tickets for the first-ever doubleheader – DAYTONA 200 and DAYTONA TT – at the legendary Daytona International Speedway are on sale now. Watch both historic motorcycle racing events during Bike Week at DAYTONA for just $25 when you purchase an advance General Admission ticket online. Get yours at www.americanflattrack.com.

As a motorcyclist, if you don’t have a event or rally that works for you, create your own! That’s what  James Bull and his friends did as they wanted to attend and event that didn’t […]