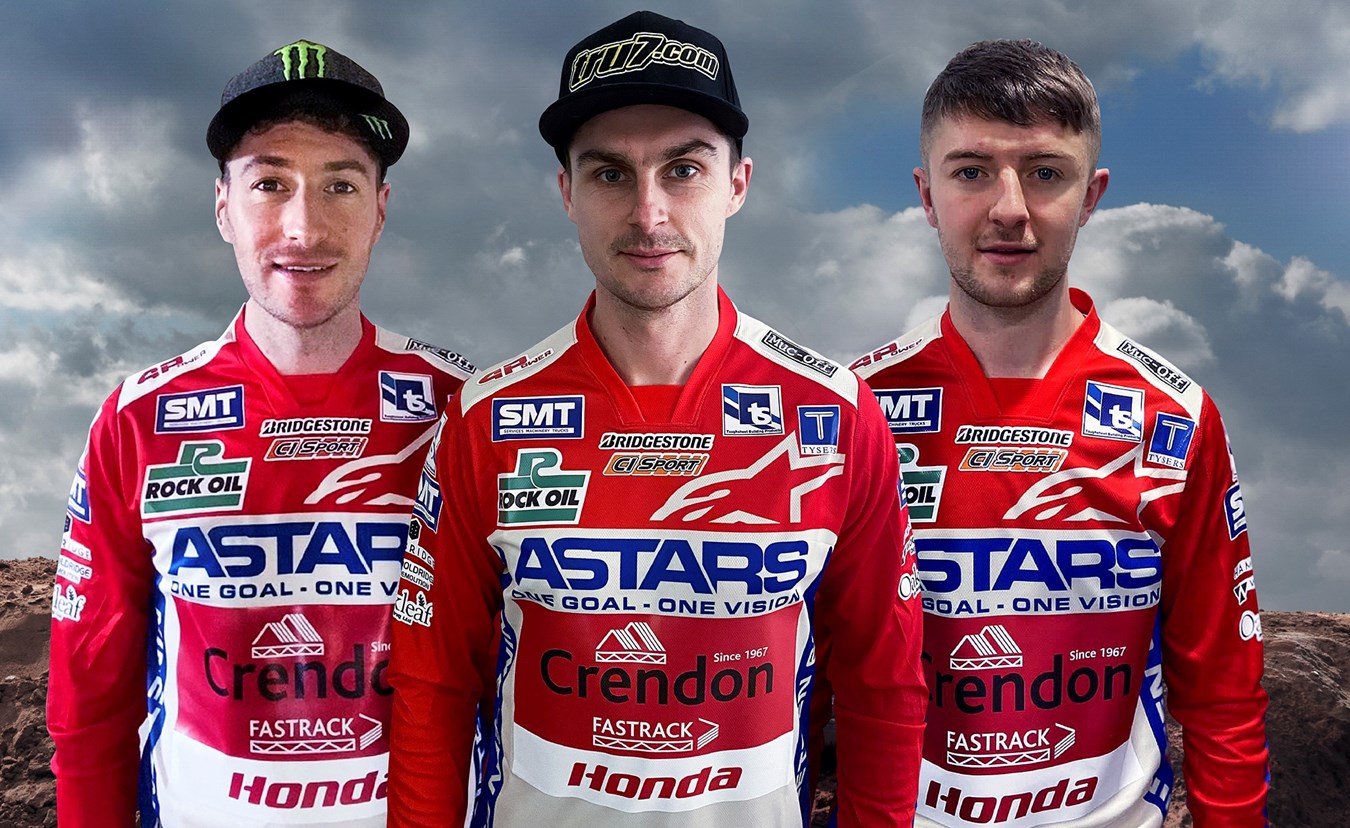 Honda UK are delighted to announce they are back in British Motocross Championship action with a brand new title sponsor and will be known as Crendon Fastrack Honda. The squad, backed by one of the UK’s leading Timber Engineering companies Crendon, will be formed of British champion Tommy Searle and Jake Nicholls returning in the MX1 class, with Jay Hague joining the team for an MX2 championship assault. The team will contest the UK’s two highest-level series, the British championship and MX Nationals.

Derbyshire-based Searle stays with the squad for a second year, following his successful 2020 season when he won the only professional championship to run in the UK, the MX Nationals. For Nicholls, who narrowly missed clinching the British title by a handful of points in 2018 after an injury, it will be his fourth year with the squad. This time both men will be armed with the all-new 2021 Honda CRF450R and are two of the most experienced riders in the class.

Former British youth champion Hague, who lives in Durham, heads up the MX2 category on the Honda CRF250R. The 22-year-old has tested the Crendon Fastrack Honda and says he’s excited to join the most respected and highest-profile team in the UK.

The Crendon Fastrack Honda squad is run by triple world 500 champion Dave Thorpe. He said: “Our goal is to be the dominant team in British championship racing and we have everything in place to achieve that. After personally testing the brand new Honda CRF450R, I know we have the best machinery. And our team of mechanics and technical partners will ensure they are the ultimate bikes on the track.

“With Tommy Searle and Jake Nicholls, we have not only the fastest but also two of the most experienced and professional riders in the MX1 class. And with Jay Hague in the MX2 class, it’s a real opportunity for him to really shine.

“It’s great to have the full backing of Crendon. And of course we still have backing from many of our long-time partners who make it possible for the team to operate at such a high level. I’m certain the Crendon Fastrack Honda team will be the team to beat in the UK.”

Crendon Timber Engineering provide innovative, cost-effective timber engineering roofing and flooring solutions to enhance the quality, safety and speed of construction for the building industry across England and Wales. They are an environmentally-aware company that only use sustainable timber to help to protect our environment.

Crendon Timber Engineering CEO Stephen Thompstone said: “We are delighted to be supporting the Honda team in 2021. A huge number of our customers follow motocross and we are looking forward to enjoying our involvement with the team.”

Lowes Just Misses Out on Race 2 Podium in Jerez

The Pata Yamaha Official WorldSBK Team rounded off a superb weekend in Jerez by completing another double top-six finish in a dramatic restarted Race 2, on a gloriously sunny Sunday at the penultimate round of […]

At Motorrad Tours we have been supporting our customers throughout the Crisis. When tours have been cancelled every customer has been offered their choice of a full refund or a transfer. Refunds have been paid […]