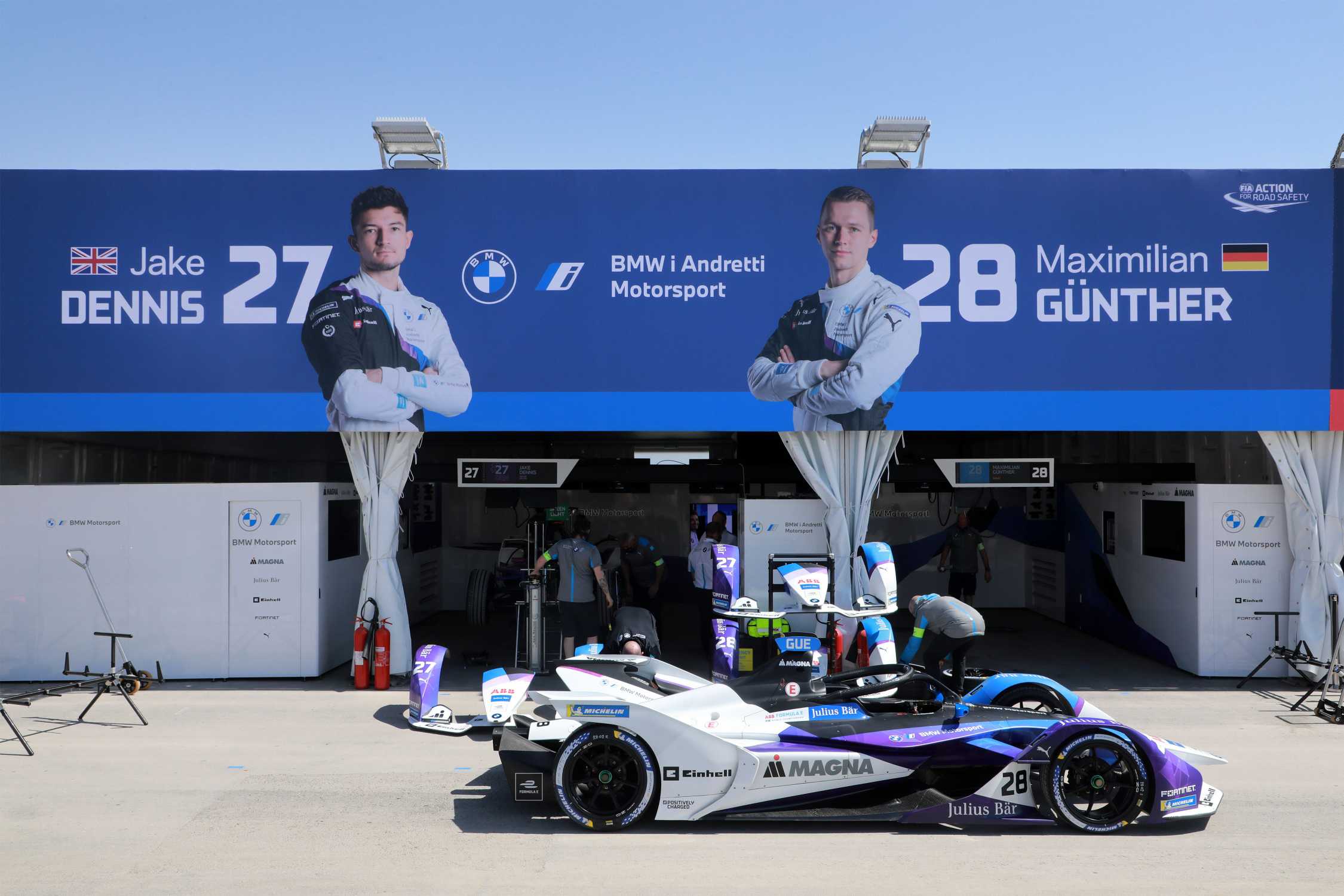 Munich. After the challenging season-opener in Diriyah (KSA), the BMW i Andretti Motorsport Team is on a mission to make amends at the two Rome E-Prix (ITA) races next weekend. The second double-header in season 7 of the ABB FIA Formula E World Championship takes place on the longest circuit yet seen in Formula E. BMW Group as ‘Official Vehicle Partner’ is introducing a new safety car in Rome. The Electric Pacesetter inspired by JCW will take turns with the BMW i8 Roadster Safety Car to lead the field during the season. In our preview, we provide you with the crucial facts and key figures for a successful Rome E-Prix.

You can find detailed information about the new FIA Formula E Safety Car in our Media Guide. It also provides detailed information on the technology behind the BMW i drivetrain and the BMW iFE.21, as well as background stories on the technology transfer between motor racing and production development, the BMW i Andretti Motorsport Team and the drivers. It is updated with facts and figures on the respective event after each race weekend.

Quotes ahead of the Rome E-Prix:

“It’s hard to believe that it was two years since we last raced in Rome. While Jake Dennis has never seen the track before, with much of the track being new, any disadvantage will be minimised compared to his competitors. For Maximillian Günther, the last time he raced here, he had in a strong qualifying performance and should have good memories. While we had some significant disappointments in the first two rounds, we as a team look forward to making up on lost ground to the opposition. I feel that we have made good progress in working out why we did not perform as expected in Diriyah and hope to see a strong turnaround in Rome.”

“The races in Rome are some of the most exciting ones in the whole season. I love the city, so I am looking forward even more to competing there in Formula E as well. The new circuit is very technical and extremely long. That will be a new challenge for all of us.”

“Rome is always something special in Formula E. We are already very excited about the new layout, the longest on the race schedule. After a few laps in the simulator, I think that the circuit offers everything that you need to have a lot of fun behind the wheel, and good racing action. We could have not have prepared any better and we are approaching the Rome double-header with great team spirit.”

FANBOOST gives Formula E fans the opportunity to vote for their favourite driver and award them an extra boost of power during the race. The five drivers with the most FANBOOST votes receive an extra 100 kJ of power, which they can make use of during a brief time frame in the second half of the race. Fans can vote for their favourite driver in the four days prior to, and leading up to 15 minutes into, each race. Each fan can vote once per day. There are two ways to vote: Online at https://fanboost.fiaformulae.com/ or via the official Formula E App

Official data on power consumption and electric range were determined in accordance with the mandatory measurement procedure and comply with Regulation (EU) 715/2007 valid at the time of type approval. In case of a range, figures in the NEDC take into account differences in the selected wheel and tire size; figures in the WLTP take into account any optional equipment. WLTP values are used for assessing taxes and other vehicle-related charges that are (also) based on CO2 emissions, as well as for the purposes of vehicle-specific subsidies, if applicable. Where applicable, the NEDC values listed were calculated based on the new WLTP measurement procedure and then converted back to the NEDC measurement procedure for comparability reasons.

Team Suzuki Press Office – November 19. Naomichi Uramoto raced to victory in the final round of the 2020 ESBK Spanish Superbike Championship at Jerez in Spain to finish the series in fourth position overall. […]