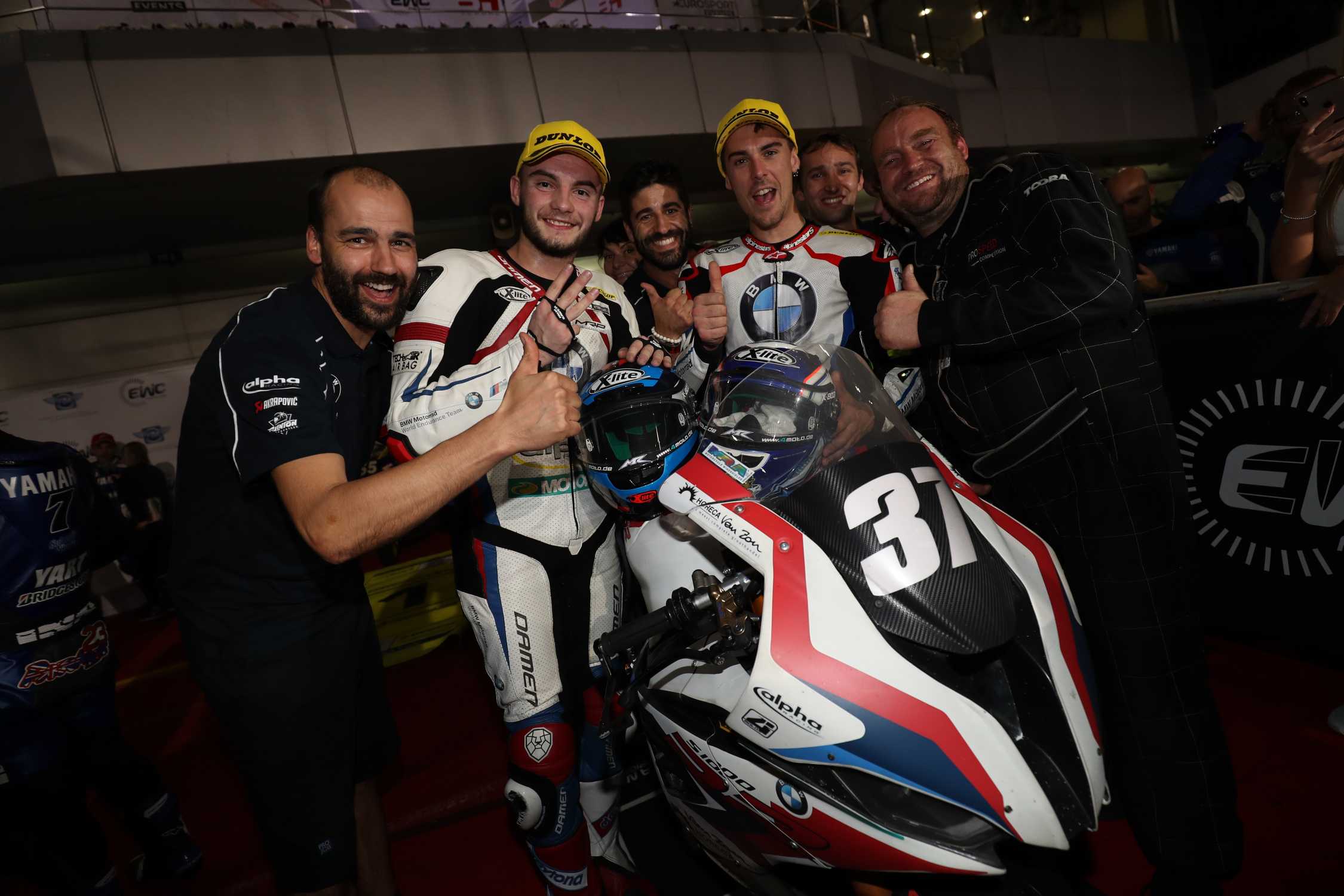 Munich. Proven riders and an experienced newcomer sums up the rider line-up for the BMW Motorrad World Endurance Team for the 2021 FIM Endurance World Championship (FIM EWC). Markus Reiterberger (GER) and Ilya Mikhalchik (UKR) will race for team manager Werner Daemen’s BMW works team once again this season. New to the team as the third regular rider on the number 37 bike is Spain’s Javier ‘Xavi’ Forés. Kenny Foray (FRA) also remains on board and will support the team as a reserve rider going forward.

The BMW Motorrad World Endurance Team contested the FIM EWC for the first time in the 2019/20 season, with Reiterberger, Mikhalchik and Foray as regular riders. The team established itself among the frontrunners right away. In four of the races that took place, the team finished on the podium twice and was involved in the battle for the title down to the season finale.

New addition Forés is best-known from the FIM Superbike World Championship (WorldSBK). He made his debut in the series in 2011 – representing the former BMW Motorrad Italia SBK Team. Forés won the title in the European Stock 1000 Championship in 2013, and in the International German Motorcycle Championship (IDM) a year later. From 2016 to 2018 and in 2020 he was a regular rider in WorldSBK, stepping onto the podium on five occasions. He took a year out in 2019 to contest a season in the British Superbike Championship (BSB). The 35-year-old returns to this series this year, and will represent FHO Racing BMW British Superbike Team (formerly Smiths Racing Team). Forés also has experience of the FIM EWC.

The 2021 season of the FIM EWC consists of five events and gets underway on 17th/18th April with the 24-hour race at Le Mans (FRA). BMW’s home race is scheduled for 23rd May, with the 8-hour race at Oschersleben (GER). The season continues on 18th July with the 8-hour race at Suzuka (JPN). The legendary 24-hour Bol d’Or will take place at Le Castellet (FRA) on 18th and 19th September, before Estoril in Portugal once again hosts the season finale with the 12-hour race on 16th October. Ahead of the season, BMW Motorrad WorldSBK Team will complete several tests.

Marc Bongers, BMW Motorrad Motorsport Director: “We are in a superb position for the coming season of the FIM EWC with this line-up. With Markus and Ilya, as well as Kenny as reserve rider, we are continuing the path we set out on successfully last season. They are a well-oiled team along with the engineers, technicians and mechanics, and this continuity is incredibly important. In addition, as a new regular rider, Xavi has a huge wealth of international experience and his personality is a great fit for our team. We’re delighted to welcome him to the BMW family and are confident that he will be the perfect reinforcement for our endurance works team. Preparations for the new season are in full swing and we will soon be taking to the track for the first test rides. We are eager to build on our strong rookie season and consistently be among the world elite in 2021.”

Werner Daemen, Team Manager BMW Motorrad World Endurance Team: “I think that we have the current best riders on board in endurance. We started last season for the first time with a new team and already had really incredible riders. This year, we additionally welcome Xavi Forés who is one of the best sprint racing riders in the world and I think that now with Ilya, Markus and Xavi we can say that we have the best three riders in the FIM EWC. I think that we are now ready to hopefully jump on the podium in every race and at the end of the season we aim to be at the top of the championship. I am really proud of all the four guys we have now in our line-up because with Kenny I know we have one of the best spare riders.”

Markus Reiterberger: “I’m really looking forward to working with Xavi Forés. He gives us another very strong rider at our side, ready to take the next step to the very top. I’m looking forward to a fantastic season, which gets underway soon with the initial test rides. Our tyre partner Dunlop has given it their all to ensure we are well-equipped for the season. I was closely involved in the development and I think that we have found a few things that will help us this season. I’m really looking forward to representing Werner’s team and BMW again in the FIM EWC, and I think that we have an awesome package with a really good team. We are at a very high level with our rider line-up. With two former WorldSBK riders and three IDM title winners we have the best qualifications for success. I’m looking forward to getting started with Xavi, Ilya and the team.”

Ilya Mikhalchik: “Finally, the countdown is on to the first tests and the start of the new season. It’s a really good feeling and I have prepared myself intensively, like always, training every day to stay as strong and fit as possible. With my experience from last year I hope to further improve on the track. In Markus and Xavi, I have two great team-mates, fast guys on the track and great people. I am really looking forward to working with the team again. We will try to fight again at a very high level and for the top positions and use all our experiences to claim even better results. And apart from that, we will enjoy the racing very much.”

Javier Forés: “I am really excited to be part of the BMW works team in the FIM Endurance World Championship, especially because I already know some of the people inside the team from the past when I was riding in the IDM. I have always had a very good relationship with Markus Reiterberger and Werner Daemen in particular so it’s going to be nice to work with them. It’s a strong project and I am sure that we are going to fight for the title this season. That has to be the target because I feel that we have the potential and as riders, with Markus and Ilya, we can add to a very strong package. So I am really happy and especially really looking forward to starting testing in order to prepare for the first race, the 24 hours of Le Mans.”

FOLLOWING WSBK RACE WEEKEND AT LAGUNA SECA THAT BROUGHT THE BRAND BACK TO THE PODIUM, APRILIA RACING TECHNICIANS AND ENGINEERS INSTRUCTED DEALERS ON ADVANCED CAPABILITIES OF APRILIA MODELS AND APPLICATIONS TO PROVIDE RACE-SPECIFIC SERVICE FOR […]