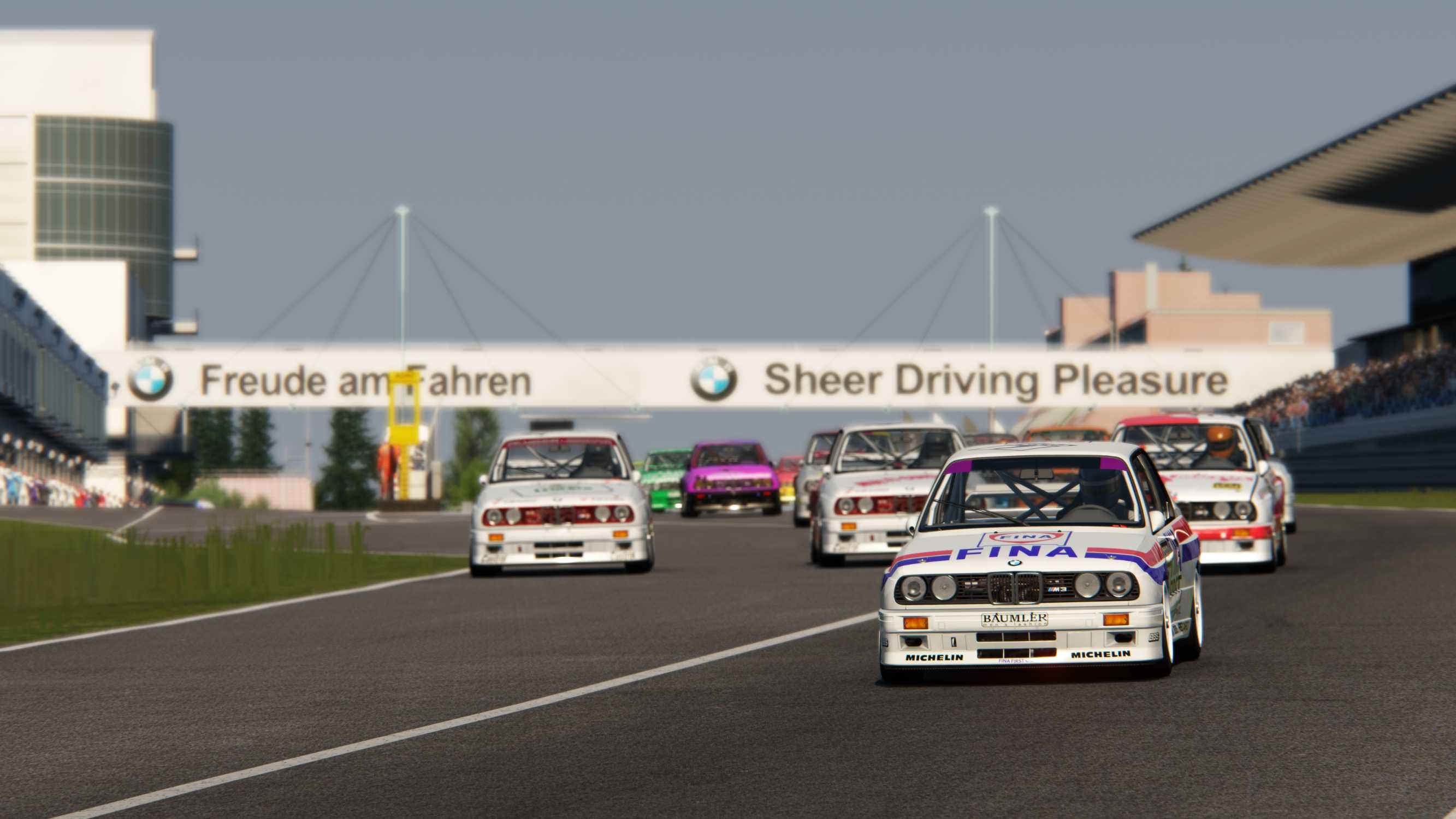 Munich. Sim racing in Romania? Yes, sim racing in Romania! A country that plays a supporting role in traditional racing compared to great nations such as Germany, Italy, England or France is in the fast lane in the currently booming field of sim racing. BMW Group România is Title Partner of the increasingly popular Racing League România and is helping get a real BMW legend back on the racetrack. The car in action is the most successful touring car ever built: the BMW M3 E30.

Roberto Ravaglia (ITA), Johnny Cecotto (VEN), Steve Soper (GBR), Eric van de Poele (BEL), Harald Grohs (GER) were some of the biggest names in touring car racing in the 80s. They sat behind the wheel of the legendary BMW M3 E30 in the golden age of the DTM, picking up countless wins and titles with the car and securing the drivers their permanent spots in the BMW Motorsport history. It is, however, definitely the car that deserves pole position in the ancestral portrait gallery. Even now, just the sight of the design of the BMW M3 E30 and the unrivalled sound of its engine is enough to make the heart of every BMW Motorsport fan leap, be it at a BMW Group Classic event, or when the car is in action as a race taxi in the DTM support programme.

Just wonderful memories at a time in which no real-life motorsport is possible? Not at all, since thanks to BMW Group România and Racing League România, the BMW M3 E30 DTM is making an impressive comeback in sim racing at the moment. The extremely popular virtual race series is currently in its fifth season in Romania. It is supported by BMW Group România as Title Partner. They stream all the events live on the BMW Romania Facebook page, and the events are also shown on TV and attract tens of thousands viewers more each weekend.

“We don’t see ourselves as a sponsor in this project, but as a real partner with the goal of growing together and giving the championship a platform with high visibility and interaction,” said Andreea Ciglenean, Marketing Manager, BMW Group România. “When we entered into discussions with Racing League România, we had no idea that this season would be taking place at a time in which no real-life racing is possible. Now our project is a perfect example of how you can act safely and stay at home without having to miss out on racing altogether. That is an important aspect at the moment, and the BMW M3 E30 DTM is the perfect car for our race series.”

A total of 30 cars line up on the starting grid in each race, but these days more than 150 sim racers take part in qualifying for these events, including Romanian tennis ace Florin Mergea, former ATP doubles top-ten player and now a passionate sim racer. The platform for the Racing League România is the popular racing simulation Assetto Corsa.

“The Racing League România has been organising events for the sim racing community for over a decade now, but as real-life racing is no longer possible, virtual races are a hot topic in Romania,” said Alexandru Siclovan, promoter of Racing League România. “We are proud that we are able to provide a suitable media product that with its emotive commentary and interaction brings the best of both worlds together, a professional storyline like in real-life racing, and the breath of fresh air of a younger target audience into the mix.”

Every bit as legendary as the BMW M3 E30 DTM are the racetracks on which the Racing League România holds its virtual events. The last two race weekends took place on the virtual versions of the Norisring (GER) and the Nürburgring-Nordschleife (GER). The season got underway on 15th March and comprises ten stops, each with two 30-minute races. Other tracks on the race calendar include the Virginia International Raceway (USA), Circuit Spa-Francorchamps (BEL), Circuit Park Zandvoort (NED), Kyalami Grand Prix Circuit (RSA) and the Brands Hatch GP Circuit (GBR) for the season finale being held on 17th May.

There is still plenty of opportunity for real fans of the BMW M3 E30 DTM to reminisce and relive the emotions of the glorious history of the car during this difficult time. It is definitely worth watching the upcoming races of the Racing League România.

We are aware of the current difficult situation, but decided to keep on providing you with regular press releases in the coming weeks and months. We will be reporting on the adventures of our BMW works drivers in sim racing as well as releasing interviews and background stories primarily on the subject of technology within BMW Group Motorsport.

Munich. To motorcycle racers, the suit is just as important as the motorcycle itself. The ProRace suits meets the very highest sporting standards, offering maximum freedom of movement and the kind of safety features that […]

We’ve got the country’s Largest Indoor Motorcycle Swap Meet with nearly 800 Booths, combined with one of the country’s largest Antique & Custom Motorcycle Shows, with 100 bikes.  Down in the stadium we’ll have live music with […]