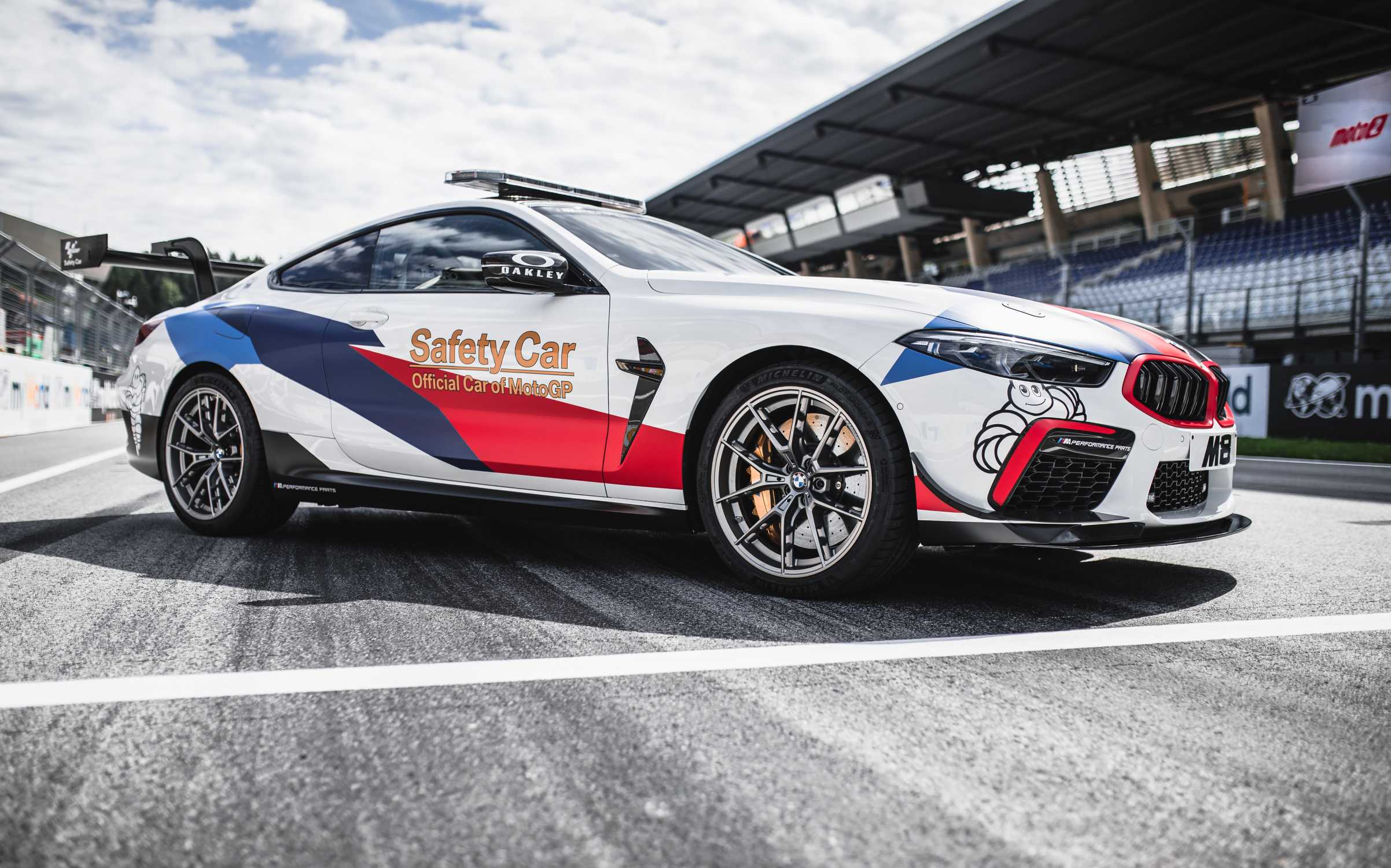 Munich. BMW M GmbH is taking the next step in the long-term partnership with MotoGP organiser Dorna Sports and will title sponsor a Grand Prix in the 2020 season for the first time. When the MotoGP riders take it to the track for a second consecutive weekend on Austrian Red Bull Ring from 21st to 23rd August, they will do so at the ‘BMW M Grand Prix of Styria’.

The partnership with Dorna Sports dates back until 1999 and BMW M is now entering its 22nd season as ‘Official Car of MotoGP’. Providing the safety car fleet is in the centre of the involvement, and since 2003, BMW M honours the fastest MotoGP qualifier of the season with the coveted BMW M Award. Title sponsoring the ‘BMW M Grand Prix of Styria’ will now mark another important part of the successful cooperation with Dorna Sports.

The event will also make history with another first: the winner of the MotoGP race will receive an exclusive BMW M4 (combined fuel consumption: 10.9 – 10.5 l/100 km*; combined CO2 emissions: 249 – 239 g/km*; preliminary data) of the 2021 model generation, marking the first time such a prize has been awarded since the MotoGP World Championship began in 1949.

“Especially in times like this, it is no sure thing to facilitate a fantastic Grand Prix calendar. Dorna Sports really has done an excellent job here, and I would like to take this opportunity, on behalf of my team, to convey our sincere thanks,” says Markus Flasch, CEO of BMW M GmbH. “Almost 50 years ago, BMW M GmbH was founded as the motorsport department of BMW. Racing is in our genes and is an essential part of our successful history. We are really proud of this. As a long-standing partner of Dorna, it is a logical step for us to now act as title sponsor. But we are not only giving the BMW M Grand Prix of Styria at the Red Bull Ring our name; we will also be honouring the winner with the new BMW M4, which is set to make its world debut in autumn. And our fans have another highlight to look forward to: in addition to the new BMW M4, we will be presenting the racing car derived from the road version to the public for the first time, the new BMW M4 GT3.”

Pau Serracanta, Managing Director of Dorna Sports, adds: “Our partnership with BMW is one of our most invaluable and longstanding, as we’ve been working together now for more than two decades. That’s why, alongside the prestige of the BMW M marque, it makes us especially proud to see BMW M as a title sponsor in 2020, with the BMW M Grand Prix of Styria making history as the first time the brand take top billing at an event.”

For more information about BMW M GmbH and the involvement as the “Official Car of MotoGP”, see: www.bmw-m.com

BMW M GmbH is a 100 per cent subsidiary of BMW AG. With its products and services in the business areas of BMW M Automobiles, BMW Individual, M Sports Options and Packages, BMW Driving Experience as well as Rescue and Operational Vehicles, it is geared towards customers with particularly high aspirations in terms of the performance, exclusivity and individual style of their vehicle. BMW M GmbH is also responsible for the BMW customer racing programme, BMW M Customer Racing. Based in Munich, the company was founded in 1972 as BMW Motorsport GmbH. Since then, the letter M has become synonymous all over the world for racing success and for the fascination of high-performance sports cars for road use.

* All figures relating to performance, fuel/electric power consumption and CO2 emissions are provisional.

The fuel consumption, CO2 emissions and electric power consumption figures were determined according to the European Regulation (EC) 715/2007 in the version applicable. The figures refer to a vehicle with basic configuration in Germany. The range shown considers the different sizes of the selected wheels/tyres and the selected items of optional equipment, and may vary during configuration.

The values are based on the new WLTP test cycle and are translated back into NEDC-equivalent values in order to ensure comparability between the vehicles. With respect to these vehicles, for vehicle-related taxes or other duties based (at least inter alia) on CO2 emissions, the CO2 values may differ from the values stated here (depending on national legislation).

October 16, 2018 Michael Le Pard News Comments Off on Johansson Yamaha Official Junior Enduro Team Round Out 2018 With Victory In Germany

September 26, 2017 Michael Le Pard News Comments Off on Larry Pegram to fill in for injured Brad Baker at the Lone Star Half-Mile presented by Indian Motorcycle

Indian Motorcycle Racing has announced that veteran Superbike racer Larry Pegram will compete at the Lone Star National Half-Mile on Saturday, September 23, as a fill-in rider for the injured Brad Baker. “It’s been one […]