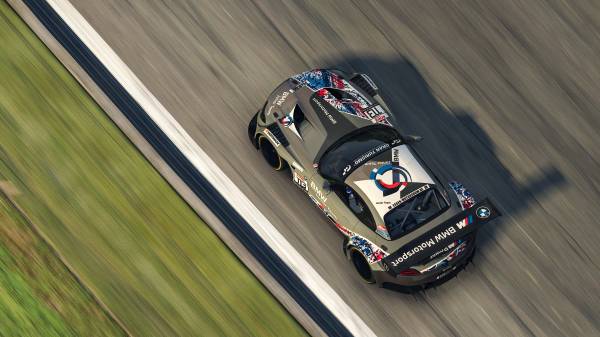 Munich. Home office is the order of the day in the current global situation, and the BMW Junior Team newly established for 2020 is no exception. Dan Harper (GBR), Max Hesse (GER) and Neil Verhagen (USA) are all preparing themselves at home so that they are ready to catch up on their first races on the Nürburgring-Nordschleife (GER) that were originally scheduled to take place over the next few weeks as soon as possible. To do so, they are currently building on the foundation they laid during the mental and fitness training at Formula Medicine in January and February. They are also taking part in sim racing virtual races on a regular basis. New to the team is the company soft trim, who as Official Partner of BMW Motorsport is supplying the BMW Junior Team with professional racing seats.

Everything was prepared: The BMW Junior Team was well on the way to moving from the fitness camp into their shared house at the Nürburgring and starting their season of racing at the beginning of March. But then much more important things came to the fore in the current exceptional situation. Now, Harper, Hesse and Verhagen are continuing their training programme individually in their home towns. The foundations that were laid for this at Formula Medicine are extremely valuable.

“We spent a large part of the camp working on mental training. The fundamental goal was for the Juniors to deliver top performances on the racetrack while using as little mental energy as possible. So the primary focus of all our exercises was on improving mental efficiency,” explains Dr. Riccardo Ceccarelli, founder of Formula Medicine. “I am very pleased with the progress made by all three Juniors. I think it’s fair to say that now they are all able to make much better assessments of themselves than at the start of the training.” And Ceccarelli also testifies to the three Juniors significantly improving their performance when it comes to fitness, heaping praise on them: “I’m particularly pleased that all three drivers completed the camp with a great deal of enthusiasm and also grew together as a real BMW Junior Team on a personal level.”

Verhagen says: “The two months in Viareggio were incredible. I was really surprised how much I improved through the mental and fitness training. It is impressive what the Formula Medicine trainers achieve. I’d like to thank them all for their fantastic support. Living with Dan and Max was also great. Now I’m at home in the USA and am aware of how the current crisis is evolving here. It makes you incredibly conscious of just how important health is and that it is the top priority at the moment. We all have to persevere in this exceptional situation. The thought of racing on the Nordschleife in a real racing car with the BMW Junior Team at some point is what is keeping me going. I’m really looking forward to it.”

BMW Junior Team with its own logo and livery.

Although the trio can only meet virtually at the moment, they are still working as a team – particularly when it comes to sim racing. As of this week, the BMW Junior Team is, with their own logo and matching livery developed by Michael Scully of Designworks especially for BMW Motorsport, competing in both the BMW SIM M2 CS Racing Cup and the Digital Nürburgring Endurance Series powered by VCO.

“I hardly had any experience of sim racing before I joined the BMW Junior Team. We are in the process of learning and are racing against some of the best sim racers out there. Naturally that is a huge challenge, but we’re getting better with every sim race that we take part in,” says Harper, who is currently staying with his family in Northern Ireland. “Unfortunately this is without my dad, who was in England on business and is currently stuck there due to the lockdown.”

As a new Official Partner of BMW Motorsport, soft trim is supplying the Juniors with racing seats. As a development service provider, soft trim is an important partner for the automotive industry. The company founded in 2001 focuses on the area of seating technology. At the site in Dresden (GER) more than 60 employees work on developing seating concepts and in doing so establishing the basis for series production. The expertise built up in the industry is also well received in motorsport. Since 2019, soft trim has been supporting racing teams in designing customised seat pans for their drivers. The foundation is a measuring procedure that determines the optimum seating position in the car.

Kai Rudolph, General Manager of soft trim, says: “The partnership is a logical step for soft trim, to make even better use of existing synergies. The BMW brand has played an important role for us as a seat developer for many years now. There is also the steadily growing importance of motorsport, where we supply teams and drivers with customised seat pans.”

Hesse has already worked with soft trim and says: “I know the employees and the product really well, soft trim can do things with a seat pan that other companies can’t. They use a 3D scanning procedure that finds the perfect fit for your seat, which is hugely important for endurance races. On top of that, their method is really fast.” Regarding the current situation, Hesse says: “We’re trying to make the best of the current difficult situation by training as intensely as possible so that when everything has been weathered and we’re allowed back on the racetrack we will be even better prepared.”

It is impossible to say when the BMW Junior Team will be able to continue their originally scheduled training programme at the moment. But when that time comes, everything is ready and waiting for the trio at the Nürburgring: The house and an area of the BMW M test centre in Nürburg (GER) converted specially for the mental and simulator training, which will provide the Juniors with the optimum conditions. As soon as they are allowed back on the racetrack, according to current planning, they will first get their permit for the Nordschleife in the BMW M240i Racing, before switching to the BMW M4 GT4 and later to the BMW M6 GT3.

Take a test you won’t want to finish. Not all good things have to come to an end. Test ride any 2020 Harley-Davidson® motorcycle and you automatically enter a draw to extend your test ride […]

With the pedigree in MXGP being higher than ever, being better than the rest is almost an impossible task. Determined to achieve the same results and consistency that made him the Vice World Champion in […]