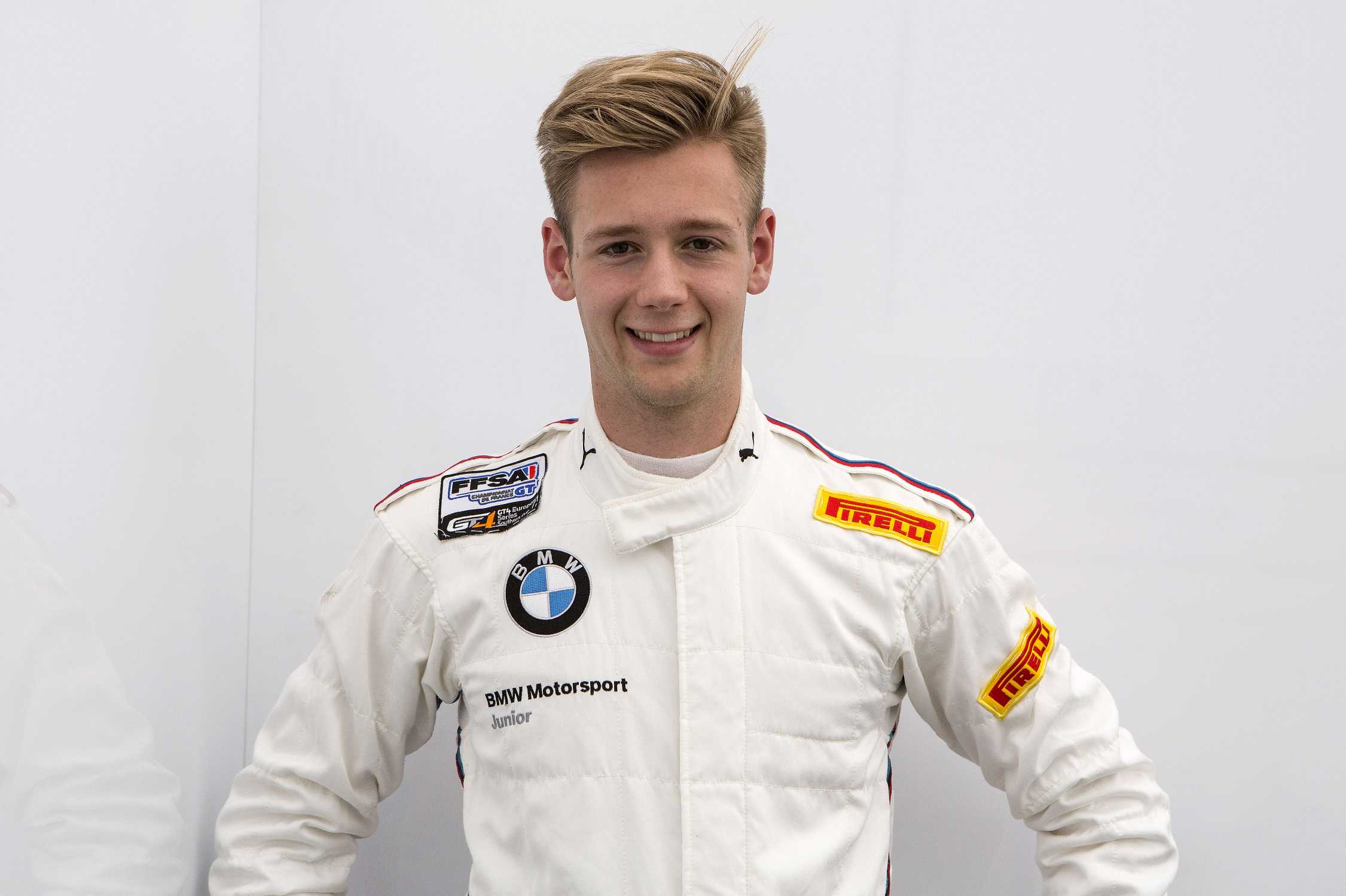 Six promising talented youngsters are part of the BMW Motorsport Junior Programme in the 2017 season. They are all at the start of their careers, but already have an interesting background behind them. As part of a series of interviews, we introduce the individual BMW Motorsport Juniors. This time: Dennis Marschall (GER).

Munich. Six promising talented youngsters are part of the BMW Motorsport Junior Programme in the 2017 season. They are all at the start of their careers, but already have an interesting background behind them. As part of a series of interviews, we introduce the individual BMW Motorsport Juniors. This time: Dennis Marschall (GER).

21-year-old Dennis Marschall celebrated his greatest racing successes in 2014 in the ADAC Formula Masters, where he won three races and finished sixth in the overall standings. He switched to touring car racing in 2015, and contested the Audi Sport TT Cup within the DTM support package. There, he attracted attention when he finished second and third in the overall standings in those two seasons. 2017 saw Marschall contest his rookie season in the ADAC GT Masters. He is also the sponsored candidate of the Deutsche Post Speed Academy, whose jury includes BMW Motorsport Director Jens Marquardt and BMW DTM driver Timo Glock (GER). He has represented BMW Motorsport in the BMW M4 GT4 and the BMW M235i Racing at the Nürburgring-Nordschleife (GER).

Dennis, with the BMW Motorsport Junior Programme, ADAC GT Masters and Deutsche Post Speed Academy, is it fair to say you have a stressful season behind you?

Dennis Marschall: “That is certainly true with the appearances for BMW Motorsport, the numerous workshops at the Speed Academy, the races and the test drives in the ADAC GT Masters. It was all quite stressful and then at the same time I was pushing forward with my business administration studies in Augsburg. So, my calendar is extremely full.”

Is it necessary as a young racing driver these days to be so diverse so that you have good chances of making it to the top?

Marschall: “I don’t think you necessarily have to grasp at every straw, rather you need to weigh up the quality of the offers. Taking part in the BMW Motorsport Junior Programme sounded like a great opportunity right from the start, and was one I definitely wanted to take.”

What opportunities does the BMW Motorsport Junior Programme offer you?

Marschall: “In addition to race and test outings, the theme of the first year is becoming part of the BMW family and getting to know the company. This step alone is worth its weight in gold in my opinion. Then there is the strong involvement at the Nürburgring-Nordschleife, which is becoming more and more important. In general, BMW Motorsport is incredibly diverse with its racing programme and car portfolio, and hopefully has a corresponding number of driver spots to award.”

Marschall: “I received a call from Dirk Adorf, who invited me to the shootout in Miramas but I’m not entirely sure how he became aware of me. It might have been that I attracted attention with my good results in the Audi TT Cup supporting the DTM.”

What is your relationship with the other Juniors like?

Marschall: “It’s a funny set-up since apart from Ricky Collard, I already knew all the BMW Motorsport Juniors pretty well. I was Joel Eriksson’s team-mate for a year, drove in Beitske Visser’s former team, and in 2014 Nico Menzel and Mikkel Jensen were my direct rivals. Now we’re a team at BMW and hang out together when we meet.”

Marschall: “Yes. We had a workshop in Mallorca this year, which Timo also attended. He told us a few inside stories and gave some valuable tips. It was pretty cool.”

Do you have role models in motorsport?

Marschall: “I find it difficult to have sporting role models from Formula 1. I am more interested in the character of the drivers. I like Daniel Ricciardo and Lewis Hamilton the most.”

In your karting days, you raced against Max Verstappen. How do you feel watching his rapid career progress as one of his former rivals?

Marschall: “I have to admit that he was faster than me in a kart (he laughs). He is exceptionally talented and totally deserves to have made it to Formula 1 at such a young age. You can see that he can keep up with the best. I don’t have a problem with that at all. In fact, it’s quite the opposite; I’m very happy with where I am.”

In addition to racing, you are working on a plan B for your career by studying, isn’t that right?

Marschall: “You could say that. After all, I can’t say for certain that my career in motorsport will work out. It goes without saying that it is still my big dream to make a living out of racing, but I started studying business administration at the end of 2016 because I was aware that I ought to have a plan B as well. I wasn’t part of the BMW Motorsport Junior Programme at that point. Now that it has worked out, I’m under a bit more pressure than I thought, but I will continue my studies anyway.”

How did you get involved with motorsport?

Marschall: “In principle, my story is the same as Nico Menzel’s. My dad was also a racing driver on the touring car racing scene. It was through him that I came into contact with motorsport at a very early age, tried it out for myself and did really well. My dad even had his own team for a few years, Team Marschall. But at some point it became too much work, because he was also promoting my career at the same time, for which I am very grateful.”

How would you describe your character in three keywords – both on and off the racetrack?

Marschall: “I’m definitely self-critical, meaning that I first look to myself as the cause of errors. Helpful. And diverse.”

Besides racing, what are you best at?

Marschall: “Before I got involved with motorsport I played football. Some people say I wasn’t that bad (he laughs). I was a right-back.”

Marschall: “My best moment was when I recognised what a great opportunity the BMW Motorsport Junior Programme is for me. That made me really happy. The worst moment was my final season in the Audi TT Cup, when I was involved in an accident and forfeited my chance of winning the title a few races before the end of the season.”

What are you aiming for in your career?

Marschall: “For a start I am focussing on the Junior Programme and hope to be in action in the GT classes at as high a level as possible. But of course, it is up to BMW Motorsport where exactly I will be driving. In the mid-term, I would like to establish myself in the GT3 segment. And who knows? Maybe I will even get the opportunity to drive the BMW M8 GTE at some point.”

May 13, 2019 Michael Le Pard News Comments Off on Solid Sprint Race for Van Der Mark and Lowes as Rain Stops Play in Imola

Honda will be attending The 2020 Carole Nash MCN London Motorcycle Show on the 14-16th Feb. After the success of Motorcycle Live, Honda’s flagship models including the all-new CBR1000RR-R Fireblade and CRF1100L Africa Twin(s) will once […]