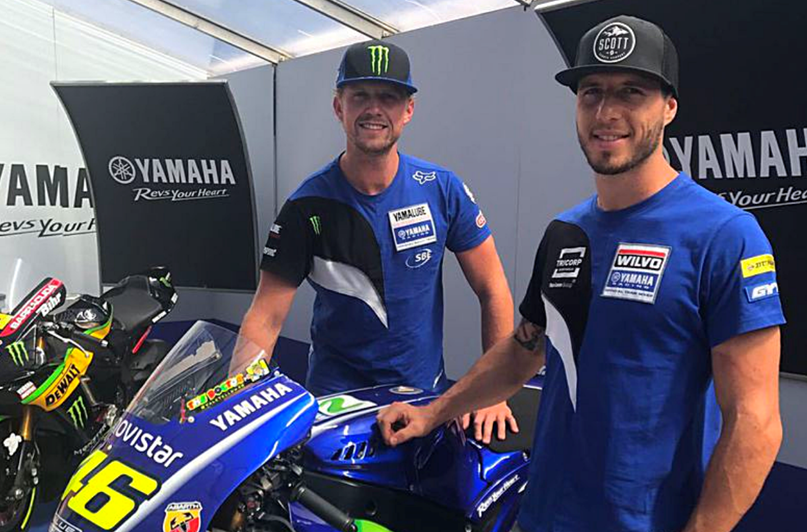 With the pedigree in MXGP being higher than ever, being better than the rest is almost an impossible task. Determined to achieve the same results and consistency that made him the Vice World Champion in 2014, Monster Energy Yamaha Factory Racing’s Jeremy Van Horebeek has been tweaking his program eager to find an extra ‘something’ that will propel him to the top of the box. ‘The Jerre’, as he is often referred to, is tired of being the underdog. He wants to win, and he wants it bad…

What steps are you taking to get the edge on the competition?
“We have some big plans for the upcoming weeks to do with my training schedule. We will make some changes and the only thing I will miss is time on the bike and race rhythm, but I think we are about to make a big step on the physical side. I am up early, to train and get to see my physio and people like that. I am really focused, and I am doing everything I can to make sure my physical condition, the food I eat, the time I rest, everything is right so that I can’t blame myself. I just want to win.”

Has your season gone to plan so far?
“The season started off really well for me, but then it’s always the same with me. It seems like there always has to be some kind of issue or set-back. I don’t know why. I got the stomach problems, and then an issue in my back and while I can still race, all of those things had an effect on my training. So, the speed I had at the start of the year I couldn’t maintain with these injuries. Other than those things, I would say my season was going pretty good. If I didn’t have bad-luck I would be in the top three.”

What changes have you made to improve yourself or the bike?
“We are always making changes to the bike. It never stops in this world because everything is always developing. Not just us, but the other teams as well and we all have to keep up with and be better than each other. We always have to keep searching. In terms of me, myself, I am for sure in better shape this year than last year. I still train with the same trainer, but this year we have a really good program in the gym, a lot to do with stability and things like that. Before I had the small problems at the start of this season, I really felt in the best shape of my life. It’s all part of life and this sport. I have been around a while so I know how to handle a setback.”

What motivates you to win?
“The people around me keep me motivated. So many people tell me that I have so much talent, but that other people are working harder. I always hear that. My entire life, from people in the team and outside of the team. I hear that I have an enormous talent from so many different people, it must be true. At the end of the day, that goes through my mind and that is what motivates me to keep digging and keep pushing. It will pay off one day, I believe it myself. I still have 3 or 5 years at the top, so a lot can happen in those years. Look at Tony Cairoli, he is 30 and he is still leading. If he can do it, it’s still going to be possible.”

What are your goals for the rest of the season?
“I plan to win at least one GP before the end of the season. I have won one grand prix in MXGP, in my career and otherwise I am always there, or close. I have a dream and what I really want to do is win the grand prix in Belgium, my home GP. I am definitely not a ‘sand rider’, but I can ride in the sand, but I don’t like it, I just do it because it’s my job. I am pretty good in the sand even if I don’t like it so much and I proved it in Valkenswaard when I nearly won the first race there. I felt really good that day and I was on the podium. That was a good feeling, and to be fighting for the win. I think it can happen, so myself and my crew, we are working so hard to put the puzzle together.”

April 2, 2020 Michael Le Pard News Comments Off on Sad News as BMW Motorrad Pulls Out of Intermot in October and EICMA in November

Munich. Due to the hardly foreseeable development of the pandemic and its effects, BMW Motorrad will not be participating in the two leading motorcycle shows Intermot in Cologne in October and EICMA in Milan in […]