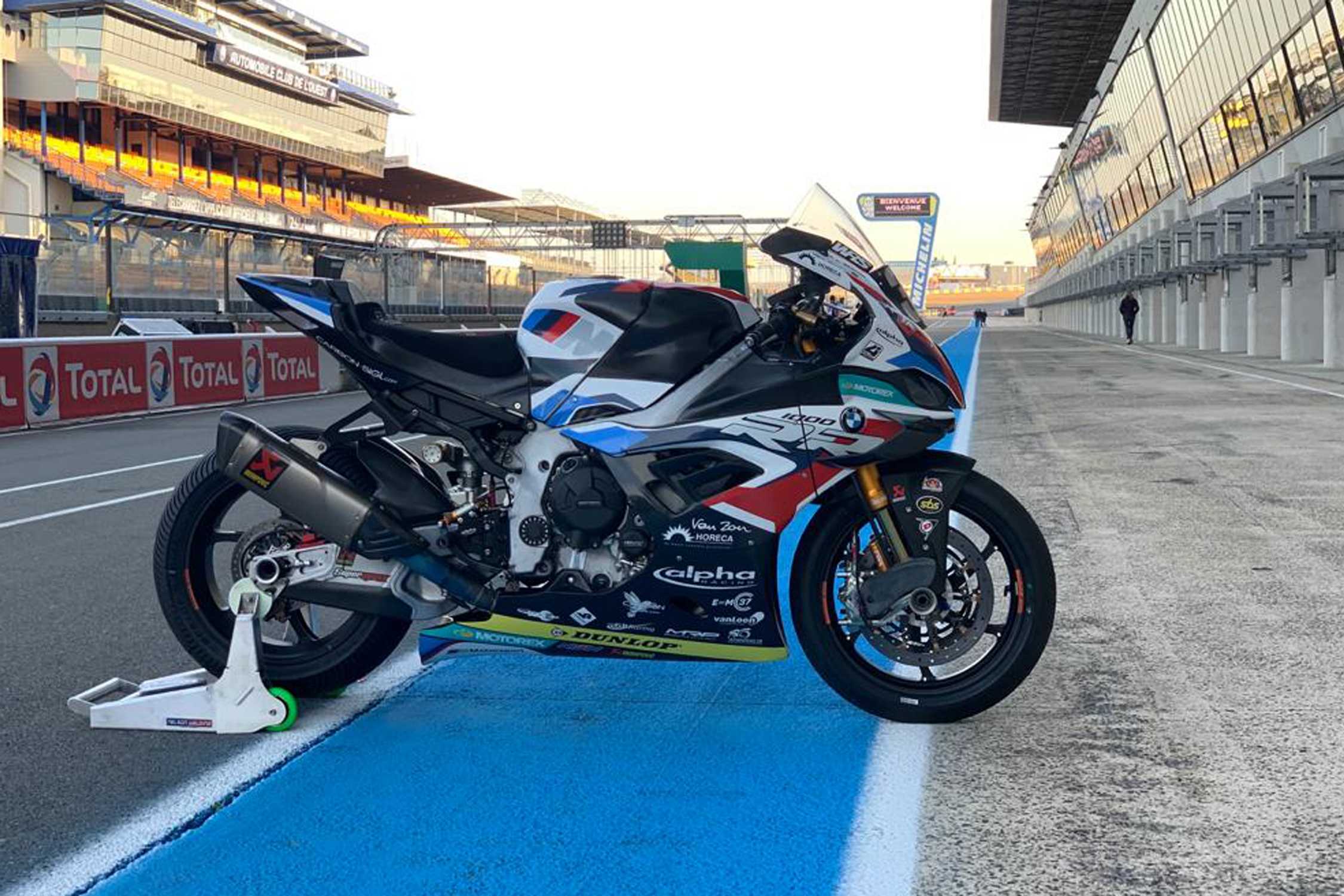 Munich. BMW Motorrad Motorsport and BMW Motorrad World Endurance Team get the FIM Endurance World Championship 2021 (FIM EWC) started with a real endurance classic. The season kicks off with the ‘24 Heures Motos’ on 12th/13th June at Le Mans (FRA). For Werner Daemen’s team it is their second year in the endurance world championship after a strong maiden season. The new #37 bike in action is the BMW M 1000 RR. The regular riders Markus Reiterberger (GER), Ilya Mikhalchik (UKR) and Xavi Forés (ESP), as well as Kenny Foray (FRA) as the fourth rider make for an experienced, strong rider line-up.

BMW Motorrad World Endurance Team prepared the new M RR for its race appearances in the FIM EWC with intensive test rides. At the official Pré-Mans Test at the end of March, the team set the best time with new record laps with the #37 BMW M 1000 RR on both days and is now eager to build on that performance at the first race weekend of the season.

The FIM EWC 2021 consists of four events in France, Portugal and Japan. After the opener at Le Mans, the season continues on 17th July with the 12 Hours of Estoril in Portugal. The 24-hour classic ‘Bol d’Or’ will be held at Le Castellet (FRA) on 18th/19th September, before the season draws to a close with the 8-hour race at Suzuka, Japan on 7th November.

Quotes ahead of the Le Mans season opener.

Marc Bongers, BMW Motorrad Motorsport Director: “After the long winter break, the FIM EWC is finally returning to action. BMW Motorrad World Endurance Team’s maiden season was a strong one, and with our new BMW M 1000 RR we are now taking the next step in the endurance world championship as well. The bike has undergone further optimisations in many areas. In collaboration with our partner Dunlop, we also spent the break developing some very good new tyre options. Another very important point is our strong and very well-oiled rider line-up. We confirmed the potential of our bike as well as the team and riders in impressive fashion at the Le Mans pre-test. Now we need to make use of this in the race as well. It goes without saying that endurance racing, and 24-hour races in particular, have their own peculiarities. But we and the team have done everything to make sure we are as well-prepared as possible.”

Werner Daemen, Team Manager BMW Motorrad World Endurance Team: “I think that we are better prepared for Le Mans than last year, so I’m expecting a good result. We are very happy with the new BMW M 1000 RR and the pre-test at Le Mans was superb for us. All our riders are in top form. We are ideally positioned with Ilya, Markus and Xavi as our regular trio, and I can honestly say that with Kenny we have the fastest reserve rider in the world. He proved that once again last weekend, when he finished second in the French championship. Now the team is working on fine-tuning every detail. I’m looking forward to the race, and if everything goes according to plan, we should be up there at the front.”

Markus Reiterberger: “I’m delighted that we can finally race again. We made full preparations at the tests. The whole team did a fantastic job. We saw that our bike works really well and always knew the direction in which we needed to make changes. Our rider line-up is incredibly strong and during the tests we saw that we are working at a very high level. We were the clear number one at Le Mans which makes us optimistic. Now, I’m hoping that we can make good use of the experience we gained from the tests in the race. We are well-prepared and are aiming to get through the 24 hours safely and without any errors. Now, it is important to focus on our race pace once again in the practice sessions and to have good qualifying sessions. I’m confident and am really looking forward to a fantastic race weekend at Le Mans.”

Xavi Forés: “I am really looking forward to starting the FIM EWC season at Le Mans. We tested there a couple of times, and overall it was quite good. All three of us were doing the same fast lap times under the lap record. This is really important for us and means that we have a strong and consistent package. If the weather stays like we want it to, we can definitely fight for the victory. That has to be the goal and there would be no better way to start the season and to represent the new BMW M 1000 RR. So we are ready to start the season.”

Ilya Mikhalchik: “After the strong tests at Le Mans it looks like we are ready for the race. The speed was really incredible and all of us riders were fast. I will try to continue this pace and feeling on the race weekend and finish it at the same level. I am looking forward to the weekend, to great teamwork in BMW Motorrad World Endurance Team and to bringing BMW to the top.”

Kenny Foray: “I am looking forward to Le Mans. I think everyone is ready to achieve a good result. The new bike, the BMW M 1000 RR, is really fast and consistent. I will give everything to support my team as best as I can and I am really happy to be part of the team.”

Team Suzuki Press Office – August 16.  The third weekend of August sees British Superbike and Superstock 1000 on track at Cadwell Park in the UK for Round 8 of the series, along with the […]

Beta is pleased to announce that Dare DeMartile has signed a two-year deal to race for the Factory Beta USA team. The Lincoln, CA resident raced a partial schedule in 2021 and put Beta on […]