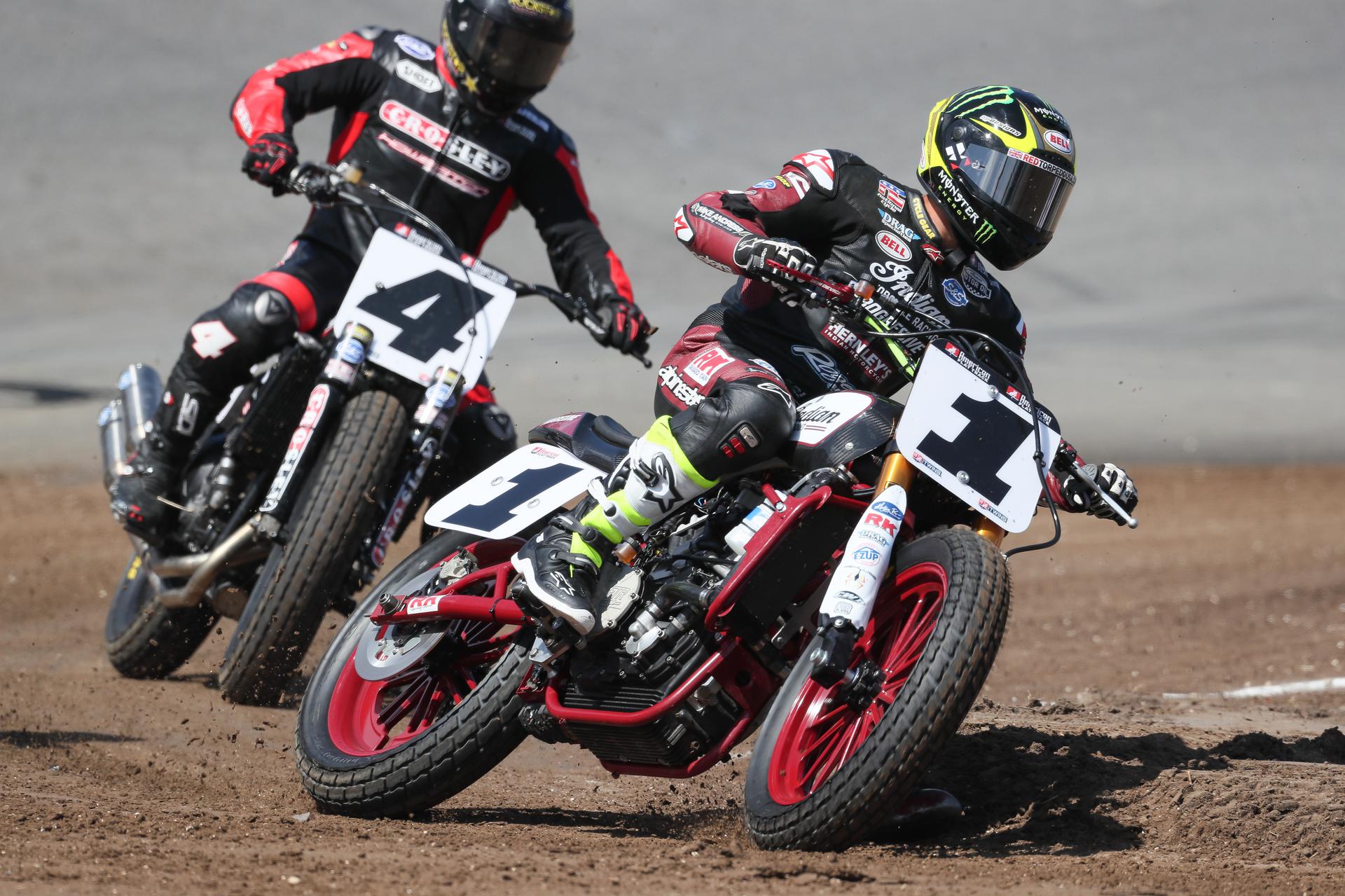 DAYTONA BEACH, Fla. (June 11, 2019) – Already established as a featured attraction during both Daytona Bike Week and the Sturgis Motorcycle Rally, American Flat Track adds another of the largest, most historic two-wheeled events to its calendar. The inaugural running of the Laconia Short Track presented by Russ Brown Motorcycle Attorneys takes place this weekend during the famous Laconia Motorcycle Week on Saturday, June 15, at New Hampshire Motor Speedway.

Currently celebrating its 96th anniversary, Laconia Bike Week is the world’s oldest motorcycle rally and draws an attendance of more than a quarter of a million people annually. The Laconia Short Track is an exciting addition to an already jam-packed week, featuring an all-new 0.25-mile circuit known simply as “The Flat Track” at New Hampshire Motor Speedway.

The Indian Wrecking Crew teammates appear destined for a season-long struggle for supremacy with Bauman now six for six in 2019 podium appearances and Mees tapping back into the dominant form that saw him collect 20 victories and two championships over the previous two seasons.

Just behind those two are an impressive number of premier-class superstars boasting the requisite talent and speed to prevent this season from transforming into a two-rider race, however.

Third-ranked Brandon Robinson (No. 44 Kennedy Racing/Armbruster Racing Indian FTR750) has already scooped a pair of wins in 2019, including the season’s first stop at a Short Track in Atlanta.

While the recent success of rivals Jesse Janisch (No. 132 Roof Systems Dallas TX/Öhlins Yamaha YZ450F) and Mikey Rush (No. 15 RMR Honda/Red Riders Rewards Honda CRF450R) may have relegated Dalton Gauthier (No. 122 D&D Cycles/Gobert Smash Husqvarna FC450) to third in the 2019 Roof Systems AFT Singles presented by Russ Brown Motorcycle Attorneyschampionship order, the Pennsylvania native could be primed to strike back this weekend.

The “Comeback Kid” is a threat to win anywhere the Roof Systems AFT Singles class lines up, but he’s a particularly effective Short Track ace. Gautier boasts Short Track wins in three different seasons (Daytona I, 2016, Atlanta ST 2017 and 2019), and could potentially reclaim the title lead with a similarly strong outing this weekend.

The Laconia Short Track will provide plenty of entertainment value off the track as well. Bad Medicine — a versatile cover band with a strong ‘80s rock vibe — will keep things rolling, while the Fan Zone will feature dedicated motorcycle parking, numerous vendors and a selection of food and drink options courtesy of the local food truck food court present on-site.

PABLO QUINTANILLA OFF TO A STRONG START AT MOROCCO RALLY 2017

October 6, 2017 Michael Le Pard News Comments Off on PABLO QUINTANILLA OFF TO A STRONG START AT MOROCCO RALLY 2017