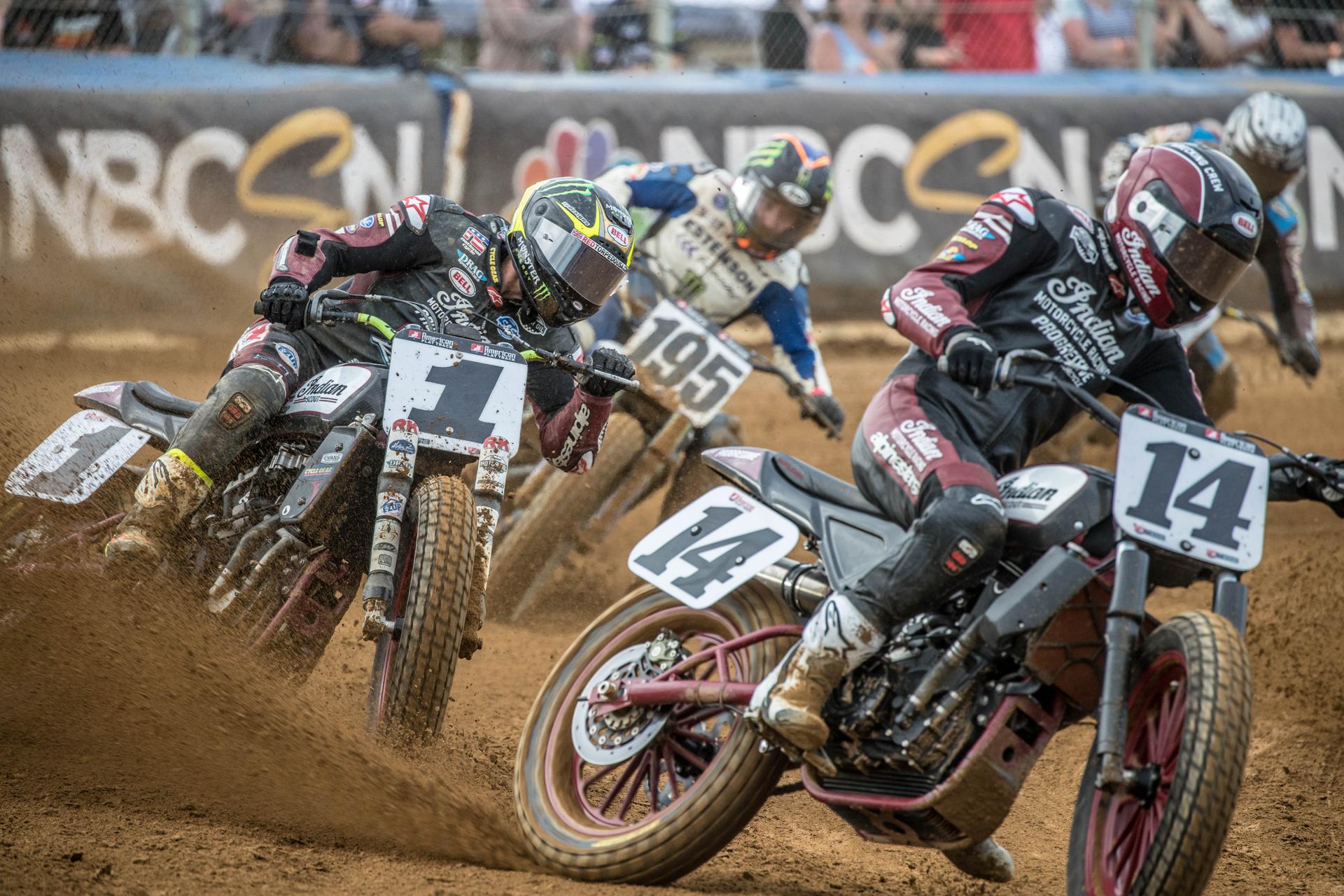 DAYTONA BEACH, Fla. (November 22, 2019) – American Flat Track and NBCSN announced today a multi-year renewal of its broadcast partnership engineered to grow the audience of America’s Original Extreme Sport for 2020. The agreement includes two race day telecasts and the remaining events to be aired within one week. All events will be featured in one-hour telecasts with race coverage of AFT Singles, AFT Production Twins and flag-to-flag race coverage of the revamped AFT SuperTwins class.

For the first time in the history of the sport, two of AFT’s most-acclaimed events – the DAYTONA TT and Buffalo Chip TT – will air race day on NBCSN. American Flat Track’s coverage on NBCSN is expertly produced in-house in conjunction with NASCAR Productions, LLC to provide viewers with a window into the dramatic world of professional flat track racing.

Telecasts from all 18 events will feature extensive coverage of all racing classes. Exclusive features and editorial content highlight the triumphs and tribulations of the world’s elite dirt track motorcycle racers as they battle for glory. Cutting-edge technology, including aerial drone footage and onboard cameras will once again put viewers on the edge of their seats as the riders slide through the corners and draft each other down the straights at speeds of more than 130mph.

Free-to-air live streaming of on-track activity from Practice until the start of the Main events will continue on AmericanFlatTrack.com, AFT’s mobile app and AFT’s official page on Facebook.

“American Flat Track is recognized as the fastest-growing motorcycle racing series,” said Michael Lock, CEO of American Flat Track. “Our viewership on NBCSN has grown steadily, and live streaming numbers have increased exponentially in the last two years. The progression to same day coverage of our two most exciting events will allow us to expand our audience and deliver an even more impactful show in 2020.”

“We’re thrilled to extend our relationship with American Flat Track into the next decade,” said Jeff Macaluso, Senior Director, Programming of NBC Sports Group. “From race telecasts on NBCSN, including same day coverage for two of AFT’s most iconic events, to comprehensive live streaming coverage on TrackPass on NBC Sports Gold, fans will have more access than ever to watch American Flat Track racing across all platforms.”

In addition to its extensive domestic coverage, AFT continues to explore Its international distribution opportunities and expects to release plans for overseas viewership in the run up to its 2020 season.

There is nothing quite like the smell of a new motorcycle, the sound when you first start it up and ride out. What is even better is sleeping under the stars in a foreign land […]