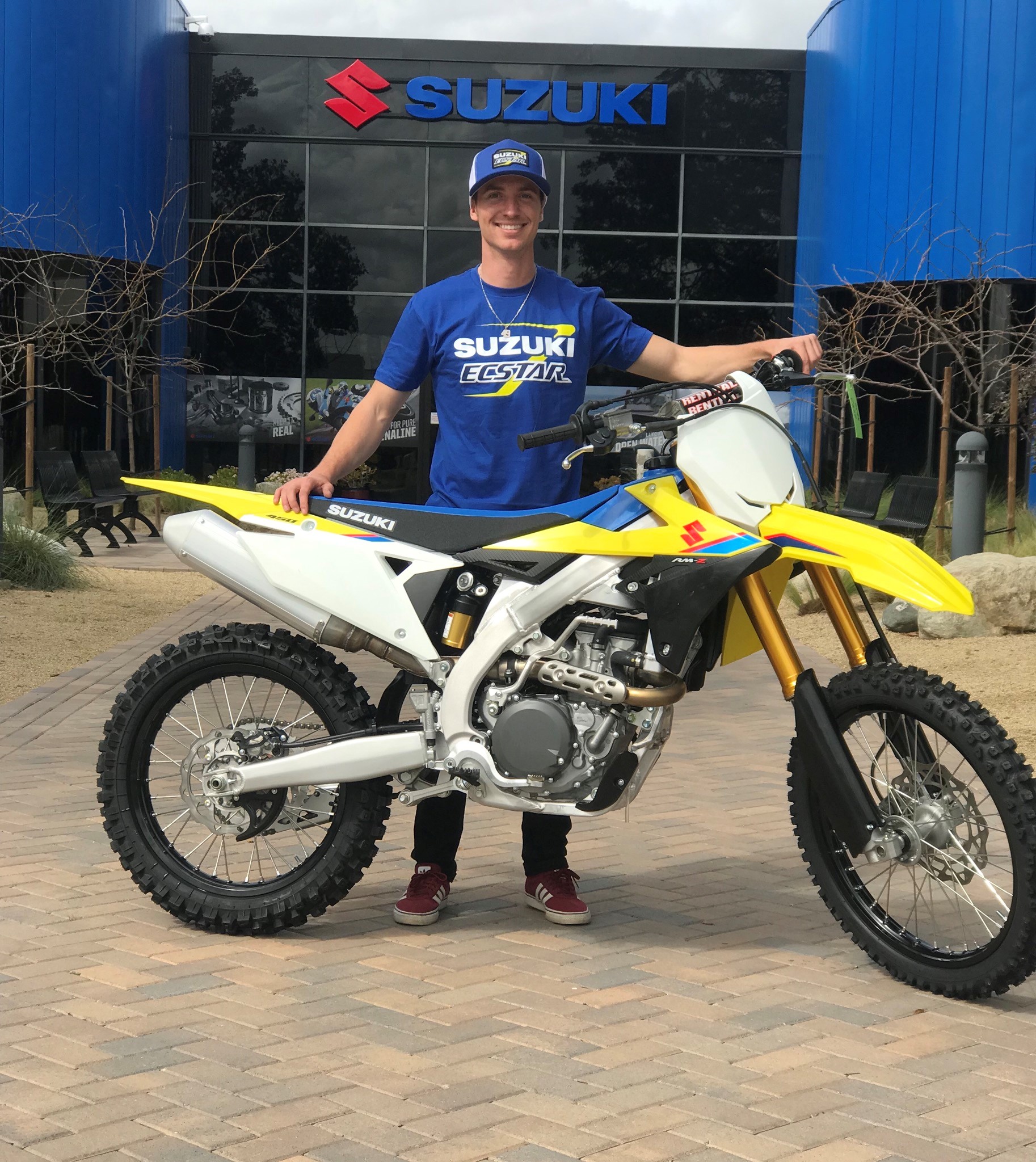 After having a career-making year in the AFT Twins presented by Vance & Hines class by finishing sixth in points standings, Cose and Suzuki will now aim to claim a championship in the AFT Singles class aboard a Suzuki RM-Z450.

Suzuki currently offers the largest monetary contingency commitment of any manufacturer to date for the upcoming season. This generous offering influenced Cose’s decision to commit to racing aboard a Suzuki.

“It’s no secret that Suzuki has a really impressive contingency program for the AFT Singles class,” said Cose. “It definitely carried weight when it was time to make a decision on my 2019 plans and what bike in particular I’d be on, but ultimately winning races and winning a championship is my only goal. I feel Suzuki provides the right tools for the job. Fortunately when I reached out to Pat Alexander from Suzuki about putting something together he was gracious enough to give me some support to go racing in 2019.”

While it is a drastic program change for Cose, his team will remain largely unchanged. Tom Englehart will again serve as crew chief, a combination that proved to be successful in 2018 as he tuned for Cose during his first professional podium at Texas Motor Speedway. The two share a special chemistry, and plan to use that to their advantage while tackling this new venture.

“We had a great year in the AFT Twins class in 2018 – nobody did more with less,” said Englehart. “We narrowly missed out on the top five in points, fast qualified several rounds and led main events on multiple occasions which had us feeling like we were doing the right things to get a win. Even though in 2019 it’s a different class on a different brand than we competed last year, neither of us are new to the 450cc single-cylinder bikes, and we have shared success on a 450 in the past. I have kept up with the current advancements & latest trends in engine and suspension management as well. My focus will be making the Suzuki work in a way that Chad can ride to 100% of his ability”.

Cose acknowledges that transitioning to the AFT Singles class will be a tough task, but a task he is excited to take on and a team behind him that will provide what is needed to be successful.

“I believe the 450 suits my style very well,” added Cose, “and I’m excited to get out there and show what we can do on a 450. I couldn’t be happier to be riding a Suzuki and bringing with me my core group of partners Ritchie Reynolds Racing, Rod Lake, G&G, RASE and Vance & Hines.”

American Flat Track will kick off its highly-anticipated 2019 season with the Bigger, Better, and Faster DAYTONA TT presented by Russ Brown Motorcycle Attorneys under the lights of the Daytona International Speedway on Thursday, March 14, 2019

It was a solid night for the Rockstar Energy Husqvarna Factory Racing Team for Round 12 of the 2019 AMA Supercross World Championship at CentryLink Field in Seattle, Washington. Michael Mosiman had a stellar ride […]

MILWAUKEE (April 20, 2018) – No cubicle will cage these interns: to celebrate the 115th anniversary of the founding of Harley-Davidson, the Motor Company is turning an often-mundane rite of passage, the summer internship, into […]