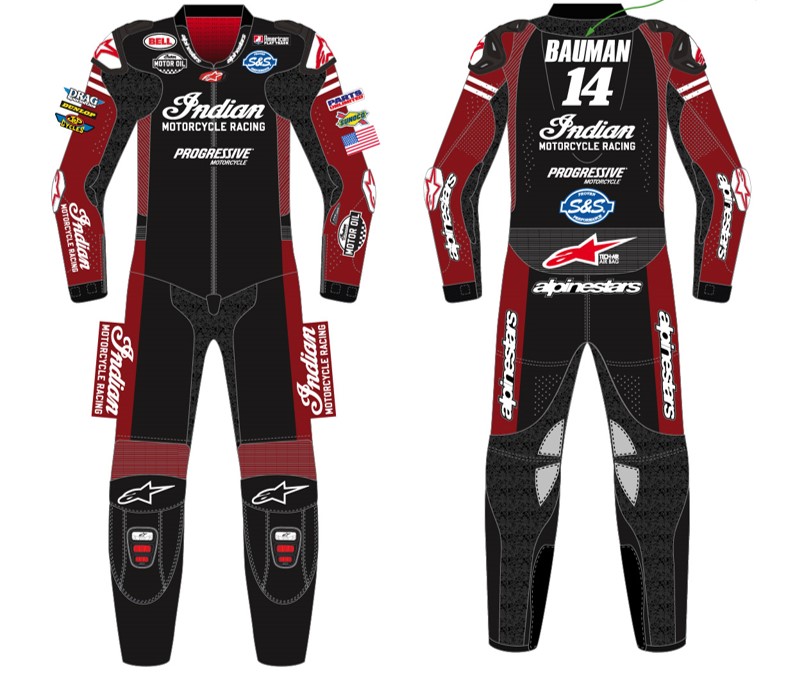 “With the 2019 season upon us, we’re pleased to welcome Progressive Motorcycle Insurance as our presenting sponsor,” said Gary Gray, Vice President – Racing, Technology & Service for Indian Motorcycle. “Progressive, along with S&S Cycle, Indian Motorcycle Oil, Parts Unlimited, Drag Specialties, Alpinestars, Bell Helmets and J&P Cycles, will help ensure our team is equipped with everything they need for a demanding season of racing.”

Mees, the back-to-back reigning AFT Twins presented by Vance & Hines champion, will again take to the track with his trusty Indian FTR750, as he sets his sights on a third-consecutive, seventh-career AFT Twins championship. In 2018, Mees captured an impressive 10 wins and 15 total podiums.

New to the factory Indian Wrecking Crew, Briar and Bronson each piloted the Indian FTR750 during the second half of the 2018 season. Through nine races, Briar secured six top-five finishes, including a win at the Williams Grove Half-Mile and a second-place finish at the Peoria TT. Bronson, who was hand-selected by Wrecking Crew Rider Brad Baker to fill in on his factory FTR750, secured two top-five finishes, including his first-career Twins podium with a second-place finish at the Williams Grove Half-Mile.

“It’s been exciting to watch Indian Motorcycle Racing’s triumphant return to American Flat Track over the past two years,” said Eric Doubler, Progressive’s Recreational Vehicle Business Leader. “As America’s #1 motorcycle insurer, Progressive is proudly committed to supporting the team in the 2019 season, and we can’t wait to watch the Indian Wrecking Crew hit the track at the upcoming season opener.”

The 2019 American Flat Track season kicks off on March 14 at the Daytona TT in Daytona Beach, Fla. during Bike Week.

Monster Energy Yamaha MotoGP’s Valentino Rossi delivered a masterstroke today during qualifying at the Le Mans – Bugatti Grand Prix race circuit. He gambled on slicks in a damp Q1 session and went on to […]