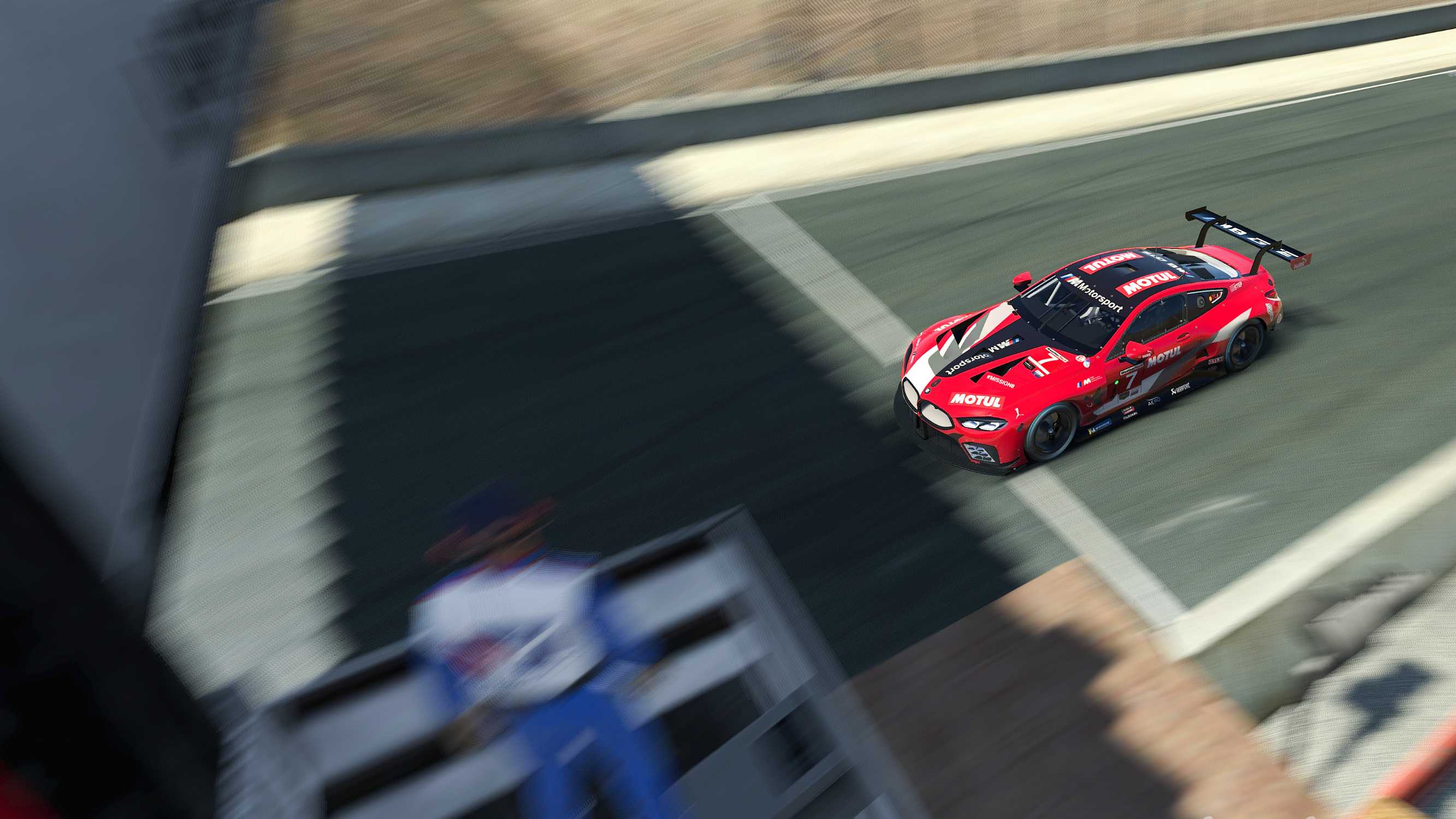 Munich. The second race of the season has seen the virtual BMW M8 GTE continue its success story in the IMSA iRacing Pro Series. After the opening race in Sebring (USA) in March, drivers this time celebrated a top-three shut-out with this car at the Laguna Seca (USA) circuit. Once again, it was BMW works driver Bruno Spengler (CAN) who topped the podium. He claimed victory ahead of Shane van Gisbergen (NZL) and Nick Catsburg (NED). In total, 20 BMW M8 GTEs were on the starting grid.

Spengler had secured the win at the season-opener in Sebring ahead of Catsburg and Jesse Krohn (FIN) and started the Laguna Seca race from third position. He moved into the lead after the pit stop. He was overtaken by BMW works driver Philipp Eng (AUT) but moved back ahead after the Austrian lost ground, having been involved in an accident through no fault of his own. However, van Gisbergen and Catsburg rounded off another top-three shut-out for the BMW M8 GTE. Two more BMW drivers reached the top 10, with Eng finishing sixth and Turner Motorsport driver Robby Foley (USA) in seventh place. A total of 50 cars were on the starting grid.

The next race in the IMSA iRacing Pro Series takes place in two weeks at the virtual circuit in Mid-Ohio (USA).

Bruno Spengler (#7 BMW M8 GTE, BMW IMSA Team Red, 1st place): “I am delighted to have won again. The race was great fun. Many thanks to the whole team at work in the background. It could really have ended very differently today after I lost the lead to Philipp Eng for a while. Luckily, I did manage to get the win in the end. I was sorry for Philipp, as he suffered similar bad luck to mine and was involved in an accident through no fault of his own. In general, the traffic on this short circuit made things difficult. I am really looking forward to the next race – and of course I’m looking forward to racing in the BMW Z4 GT3 on Saturday, on the Nordschleife in the DNLS.“

Nick Catsburg (#10 BMW M8 GTE, BMW IMSA Team Red, 3rd place): “This race was much more intensive than the one in Sebring. The strategy and the traffic played a much greater part. The short laps mean that you are pretty much always involved in battles. I tried not to take too many risks, but I couldn’t be overcautious. In the end, Shane van Gisbergen was just a bit too fast. It was great fun again nonetheless.”

It might seem trivial but with everything going on in the world, as riders, we understand the need to get out on the open road, clear your head, and find some perspective. Because we could […]

Another front row for Quartararo at Aragon GP

September 22, 2019 Michael Le Pard News Comments Off on Another front row for Quartararo at Aragon GP

DAYTONA BEACH, Fla. (April 24, 2020) – In accordance with the ongoing safety protocols recommended by the CDC, national and state officials, American Flat Track will postpone the May 30 Red Mile at The Red Mile in […]