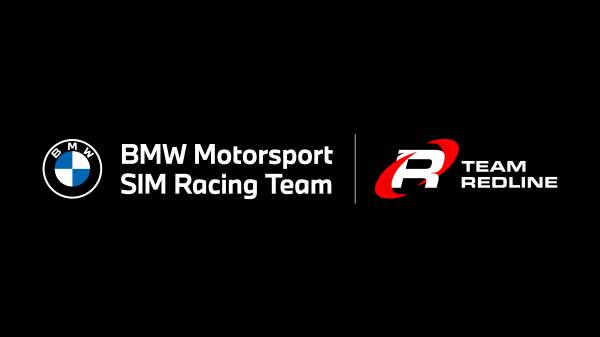 Munich. One of the highlights of the coming sim racing season is the debut of the BMW Motorsport SIM Racing teams. BS+COMPETITION, G2 Esports, Team Redline and Williams Esports are among the best teams on the sim racing scene and will regularly compete in virtual BMW race cars in selected race series and at special events for the first time in 2021. In January, all four BMW Motorsport SIM Racing teams will take to the track for their first big races of the year. This weekend, three of the teams go head to head for the first time.

One Esports project that worked out so well last year that it has been expanded to sim racing this season. Under the maxim ‘United in Rivalry’, G2 Esports has been supported by BMW in ‘League of Legends’ since in 2020, and has established itself as one of the very best teams. G2 Esports is also a top team on the sim racing scene – particularly on the Assetto Corsa Competizione simulation platform. G2 Esports made its debut as one of the four BMW Motorsport SIM Racing teams on 9th January when drivers Nils Naujoks and Arthur Kammerer (both GER) competed in the SimGrid Endurance Cup in a virtual BMW M6 GT3. However, they missed out on a top-ten result after a technical issue within the simulation. The race series also includes rounds at Paul Ricard in February and Silverstone in March.

“BMW has been a partner of G2 Esports for over a year, and we could not be prouder or happier to now extend this partnership into the world of motor racing,” said G2 Esports CEO Carlos ‘Ocelote’ Rodriguez. “Thanks to the longstanding commitment of Danny Engels and Nils Naujoks, G2 Esports has established itself as a big name in sim racing.”

Last Saturday, BS+COMPETITION and BMW Motorsport SIM Racing Team GB were in action for the first time. They are among the dominant teams in the Digital Nürburgring Endurance Series (DNLS). They have previously challenged for race wins and titles in the BMW Z4 GT3 on the virtual Nordschleife, but last Saturday saw them enter uncharted territory with BMW Motorsport and the entire sim racing community on the iRacing platform. They were among the first to go racing in the new BMW M4 GT3. Bruno Spengler (CAN) and Kay Kaschube (GER) were at the wheel for BS+COMPETITION. BMW Team GB, run by Williams Esports, lined up for the 3-hour race with BMW works driver Jesse Krohn (FIN) and Alessandro Bico (ITA). The two teams finished third and fourth in a top-four lock-out for the virtual BMW M4 GT3.

“We raced in virtual BMWs last year, but to now be an official BMW Motorsport SIM Racing team makes us all very proud,” said Spengler, who is both a BMW works driver in the world of real racing, and also team captain of BS+COMPETITION in sim racing. “We have a great mix of real racing drivers, who are also extremely quick in the racing simulator, and some of the best sim racers in the world. This year will be a challenge that we are all very much looking forward to.”

Team Redline and Williams Esports in action in GT racing and Formula E.

The first joint outing of BMW Motorsport and Team Redline will be the first iRacing Special of the year on 23rd/24th January for the 24 Hours of Daytona. BS+COMPETITION and BMW Team GB will also run cars in this race, meaning the three BMW Motorsport SIM Racing teams will go head to head for the first time. Team Redline and BMW Team GB are back in action just one week later, when they race with the BMW iFE.21 in the virtual version of the ABB FIA Formula E World Championship named ‘Formula E: Accelerate’. The series comprises six events between January and March, each on a Thursday.

“We are extremely excited about the coming year. We believe we are a very good match for BMW, with its motorsport history and vision of the future for sim racing,” said Dom Duhan, founder and head of Team Redline. “New challenges and more top-level competitions await us in 2021. Our collaboration with BMW will hopefully give us the opportunity to enjoy great success at many different events.

Rockstar Energy Husqvarna Factory Racing’s Giacomo Redondi raced his way to a podium finish on Sunday for the opening round of the 2020 World Off Road Championship Series (WORCS) in Primm, Nevada. His teammate, Austin […]