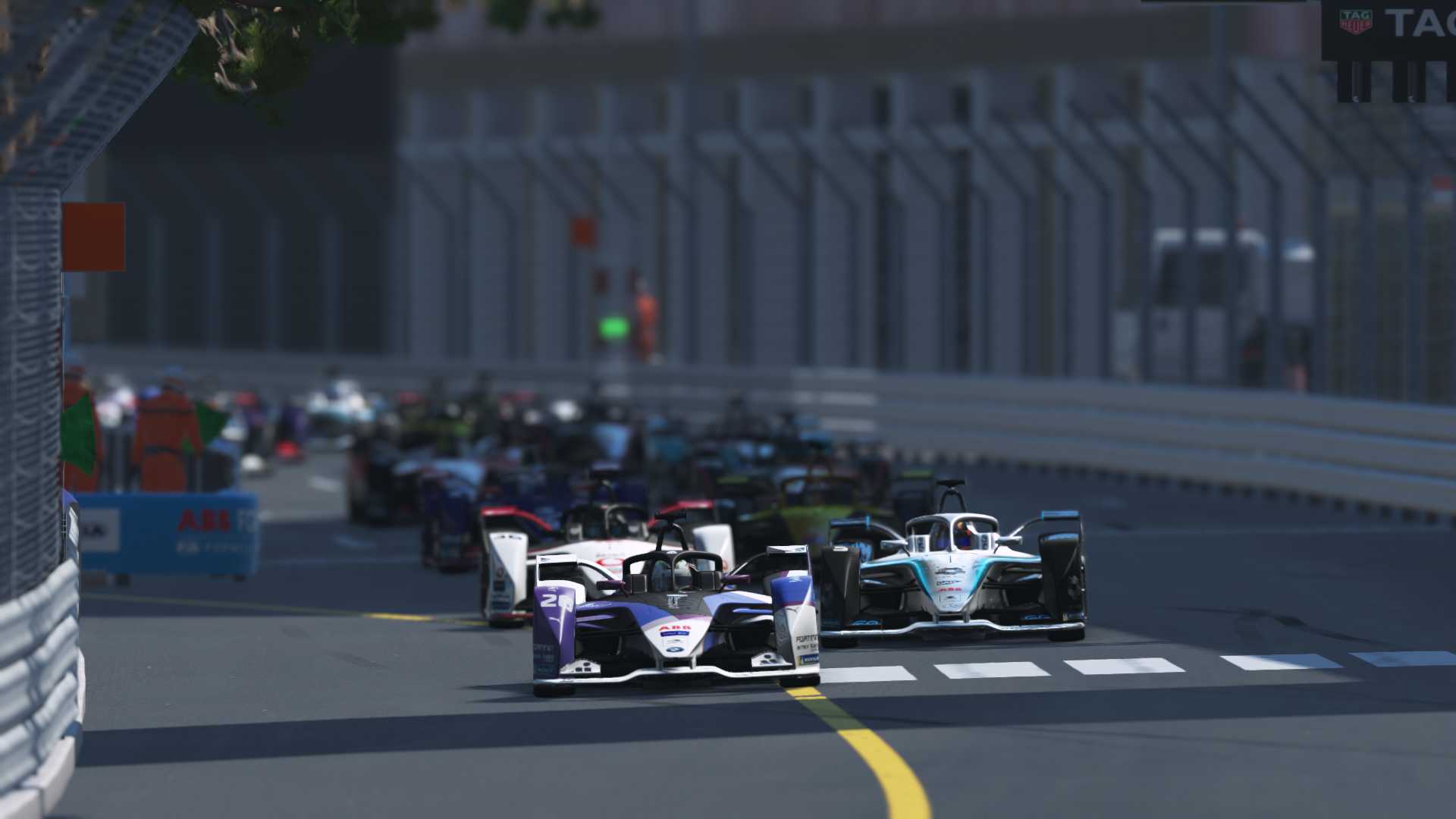 Munich. Maximilian Günther (GER) has celebrated the first win of a sim racing career that is still in its infancy. The BMW i Andretti Motorsport driver won the opening event of the digital Formula E season, the test round on the virtual street circuit in Monaco (MON). Alexander Sims (GBR) had to retire early on his sim racing debut. Team Redline driver Kevin Siggy (SLO) also flew the flag for BMW i Andretti Motorsport on the podium after finishing second in the sim racers’ event.

Next weekend sees the first competitive race in the new virtual Formula E season, the ‘ABB Formula E Race at Home Challenge’, and Günther claimed pole position in the #28 BMW iFE.20 at the dress rehearsal before celebrating a start-to-finish win. Sims, who only received his simulator a few days previously, improved through training and qualifying as he worked his way closer to the pace set by his more experienced competitors. However, he was involved in collisions during the race and was forced to retire early.

Siggy finished second in the sim racers’ test round for, while Jarl Teien (NOR) reached sixth position in the second virtual BMW iFE.20. The overall winner after the eight-race season for sim racers will receive a starting place at BMW SIM LIVE 2020.

Reactions to the Test Round:

Maximilian Günther (#28 BMW iFE.20): “I am delighted to have won the first-ever virtual Formula E race. It was great fun. Qualifying went well, I had a good start and drove a clean race. Even though it was a test race, I still have a good feeling about the upcoming races, where we will be trying to score points.”

Alexander Sims (#27 BMW iFE.20): “As expected, I wasn’t too fast in my very first sim racing appearance, but I did improve between training and qualifying, which was good. The midfield was totally chaotic during the race and I lost a whole lap thanks to a crash. That meant that my race was over pretty quickly. Looking ahead to the rest of the season, I will continue training and try to get faster. Congratulations to Maximilian on his win. To be honest, it did not surprise me as he is always faster than me in the BMW Motorsport simulator.”