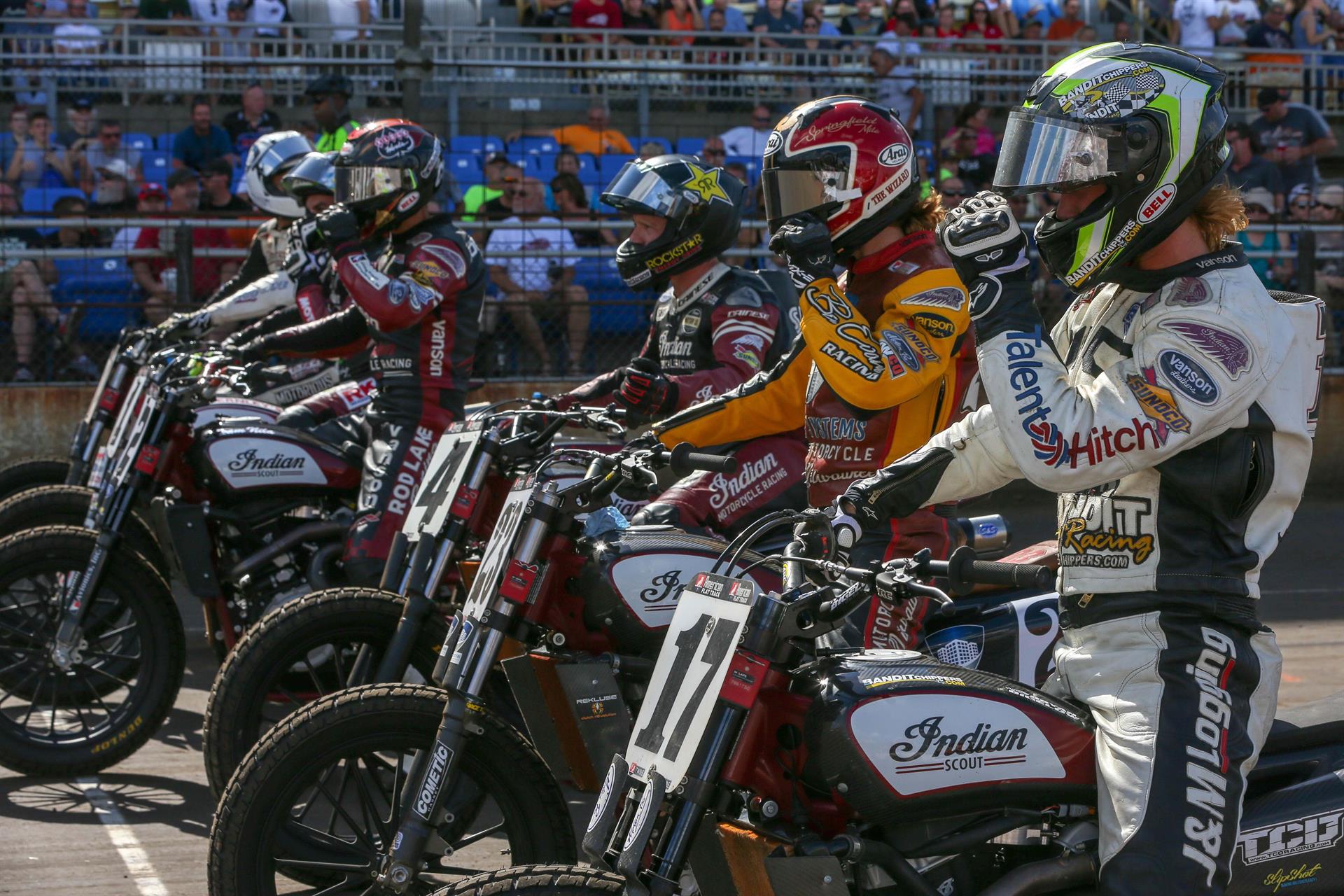 DAYTONA BEACH, Fla. (Sept. 25, 2018) – American Flat Track returns to Minnesota for the first time since 2010 for one of the final two rounds of its 2018 season. The high-speed racing action will take over Canterbury Park on September 29th for the Indian Motorcycle Minnesota Mile.

The AFT Twins presented by Vance & Hines championship may be locked up given that Indian Motorcycle factory rider Jared Mees (No. 1 Indian Motorcycle Rogers Racing SDI Scout FTR750) just took home his fifth title at the Springfield Mile II on September 2nd, but according to Mees his work is not done. The champ is chasing more than just his 11th win of the season at this weekend’s race: he is chasing history.

The legendary Ricky Graham, three-time Grand National Champion and winner of 39 Nationals during his amazing career, holds the record for most wins in a single season: a seemingly-untouchable 12 victories.

Mees has 10 wins so far with two events remaining, and in order to tie Graham for that coveted record he needs to win both remaining races. Others will be looking to deny Mees that record, prime among them Bryan Smith (No. 4 Indian Motorcycle Racing backed by Allstate Scout FTR750), the ‘Mile Master’ and winner of the Springfield Mile II; second-in-points Jeffrey Carver Jr. (No. 23 Roof-Systems of Dallas/Indian of Metro Milwaukee Scout FTR750), who beat Mees at Springfield in May; and Briar Bauman (No. 14 Zanotti Racing Indian Scout FTR750), third in points and hungry for his first Mile victory. Bauman and Carver Jr. are also locked in a fight with Henry Wiles (No. 17 Bandit Industries/Wilco Racing/Willy Built Indian Scout FTR750) for that AFT Twins championship runner-up spot.

There is another wildcard in this weekend’s AFT Twins lineup: newly-crowned MotoAmerica Supersport champion JD Beach (No. 95 Estenson Racing Yamaha MT-07), who joins the Estenson Racing team for the final two rounds of the season on the team’s Yamaha MT-07.

The festivities at the Indian Motorcycle Minnesota Mile kickstart with a Friday night Pre-Party from 5 to 8 pm at Minneapolis’s award-winning SEVEN restaurant. Come mingle with Sammy Halbert and other AFT stars, all while enjoying happy-hour food and drink specials along with DJ Strangelove manning the music.

There will be plenty to do and see at the plush Canterbury Park facility (1100 Canterbury Rd., Shakopee, MN) on Saturday, as well, including the presence of Indian Motorcycle factory rider – and Grand Marshal – Brad Baker. There’ll also be live music by Arch Allies, a highly-acclaimed cover band specializing in the music of Journey, Def Leppard, Boston, Styx and REO Speedwagon. The percussion perfection of the Minnesota Vikings Skol Line – the official drum line of the NFL’s Purple People Eaters – will also be featured, along with lots of regional food and beverage options and a host of other motorcycle-oriented attractions.

Advance tickets for the 2018 Indian Motorcycle Minnesota Mile at Canterbury Park can be purchased online starting at just $35, with indoor and outdoor reserved seating going for just $45. Military and first responders are just $20 (call 952.445.7224), and kids under 12 are free. There are also exclusive VIP Experiences available, including a Triple Crown Club Terrace/Buffet VIP ticket for $125 and special reserved Clubhouse seats for small groups. Day-of ticket pricing increases by $10

Unfortunately, the Aruba.it Racing – Ducati team riders, Álvaro Bautista and Chaz Davies, were unable to obtain the results they had hoped for in the French Round of the Superbike World Championship at the Magny-Cours […]