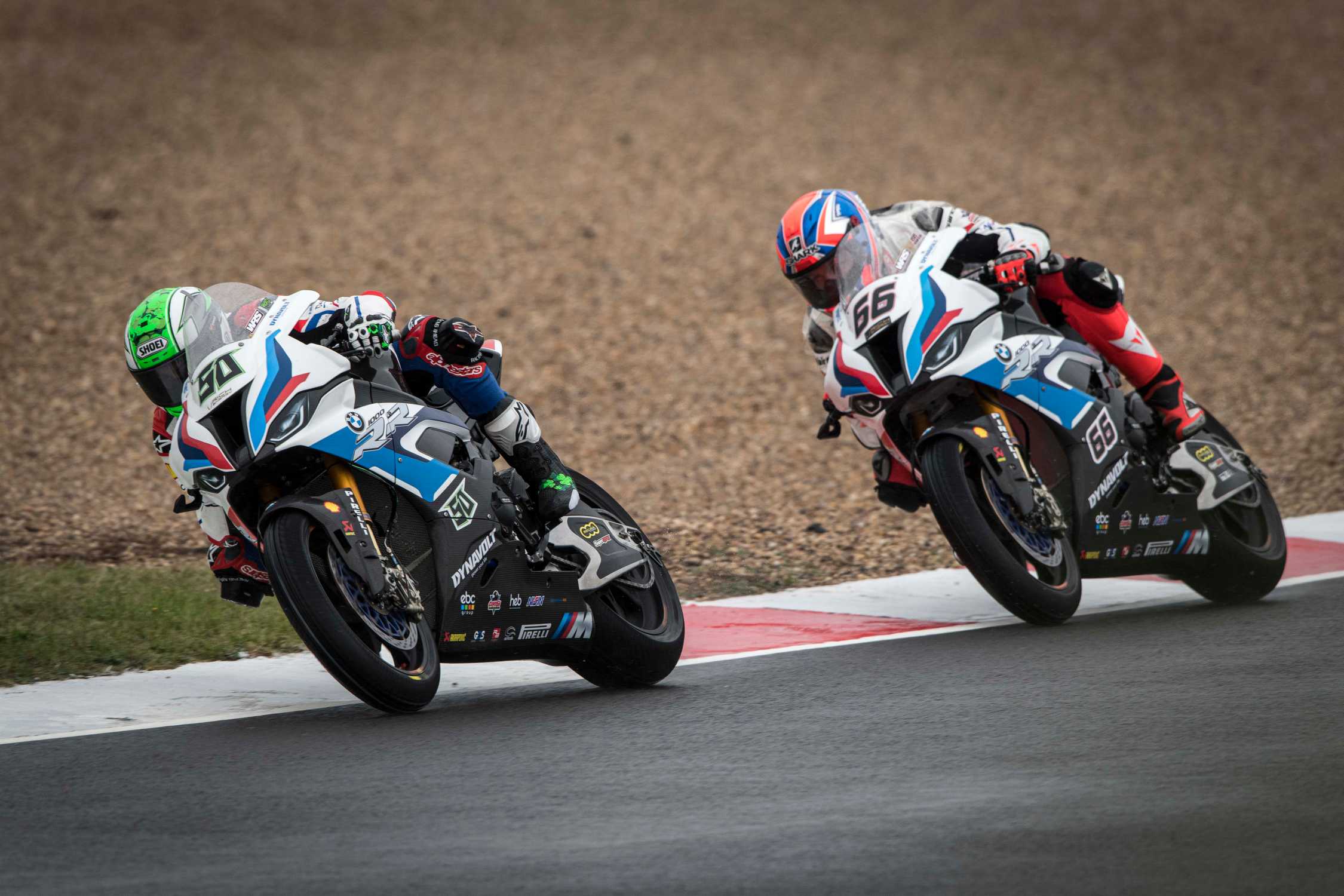 Magny-Cours. After successfully qualifying in Superpole with the first 1-2 qualifying for BMW Motorrad on Saturday, the rest of the rainy race weekend at Magny-Cours (FRA) didn’t go according to plan for the BMW Motorrad WorldSBK Team. The seventh and penultimate round of the FIM Superbike World Championship 2020 (WorldSBK) drew to a close with warm-up, Superpole race and race two on Sunday. In the morning sprint race, both BMW riders struggled to get the tyres working properly in the right window; in the afternoon, Tom Sykes (GBR) and Eugene Laverty (IRL) finished in the points in tenth and 14th.

The team worked long and hard to make the two BMW S 1000 RRs ready to race again after the accident at the start in Saturday’s race. Laverty started the Superpole race from pole position in the morning, with Sykes next to him in second on the grid. Both riders got off to a really good start, but then dropped down the field. Sykes was forced to return to the pits after lap seven, while Laverty crossed the finish line in 15th place.

For the second race in the afternoon, Laverty started in tenth and Sykes in eleventh. On the first lap, Sykes moved up into ninth place and then into eighth place shortly after that, where he stayed until halfway through the race. In the second half of the race, with a drying track, Sykes was in ninth place, before he crossed the finish line in tenth place after 21 laps. Laverty initially dropped down the field, but regained positions as the race went on to finish in the points as well in 14th place.

The WorldSBK 2020 season finale will be held at Estoril, Portugal in two weeks (16th to 18th October).

Quotes after race two at Magny-Cours.

Marc Bongers, BMW Motorrad Motorsport Director: “After we started the weekend strongly, unfortunately the yield was low. The crash in the first race put a spoke in our wheel for Sunday as well. The mechanics did a fantastic job and worked late into the night to pretty much build two new bikes. It was a close call for the warm-up, but we were able to compete. In terms of performance, however, we were clearly lacking the race data from Saturday. The Superpole race was a far cry from where we wanted to be for both riders, who were visibly battered after yesterday. We discovered that both bikes were extremely sensitive in the areas of tyre pressure and temperature, which put us at a distinct disadvantage in the Superpole race. We made changes to the chassis geometry of both bikes for race two to counteract the problems. The changes had a positive effect for Tom, but tenth place after our results on Friday and Saturday was disappointing. Eugene battled, but could only do enough to finish in 14th. This was another weekend to forget. The positives to take from the weekend are what we have learned, and the first qualifying 1-2 for BMW Motorrad in the WorldSBK.”

Tom Sykes: “We came into the weekend well and honestly, the whole BMW Motorrad WorldSBK Team have been working very well. When we started in the first wet sessions, I was really comfortable with how the bike was working and the chassis of the BMW S 1000 RR. From there we just kept making steps forward, feeling really comfortable. We got ourselves a nice qualifying position for the race and then one thing led to another. After Saturday’s main race, the guys did an incredible job, I think they finished around 2:00 o’clock in the morning on both sides of the garage to prepare the bikes. So hats off to those boys. It was just unfortunate with that lack of information that would have certainly made today a lot easier for the big race. But we’ve learned a lot in the second main race. And like I said, with yesterday’s information we would have certainly done something different today. It has just been one thing after the other which is a shame because after Friday we were very confident for a strong result. But we will just stay positive.”

Eugene Laverty: “After such a good feeling with the bike all weekend, on Friday and Saturday, in the wet conditions, today was a major let-down. The bike never felt the same. Right from the first lap of the morning’s warm-up, I’ve been having issues, particularly on corner entry and mainly in the right corners so we have to investigate, check that there isn’t something out of line after the huge crash yesterday. So let’s investigate, make sure that the bike’s correct for Estoril and try to finish the season on a high.”

‘Get Stung!’ Total Motorcycle received the opportunity to test a set of Scorpion ladies riding gear designed for spring and fall riding temperatures. Scorpion EXO calls it Maia, as tribute to the Roman Goddess of […]