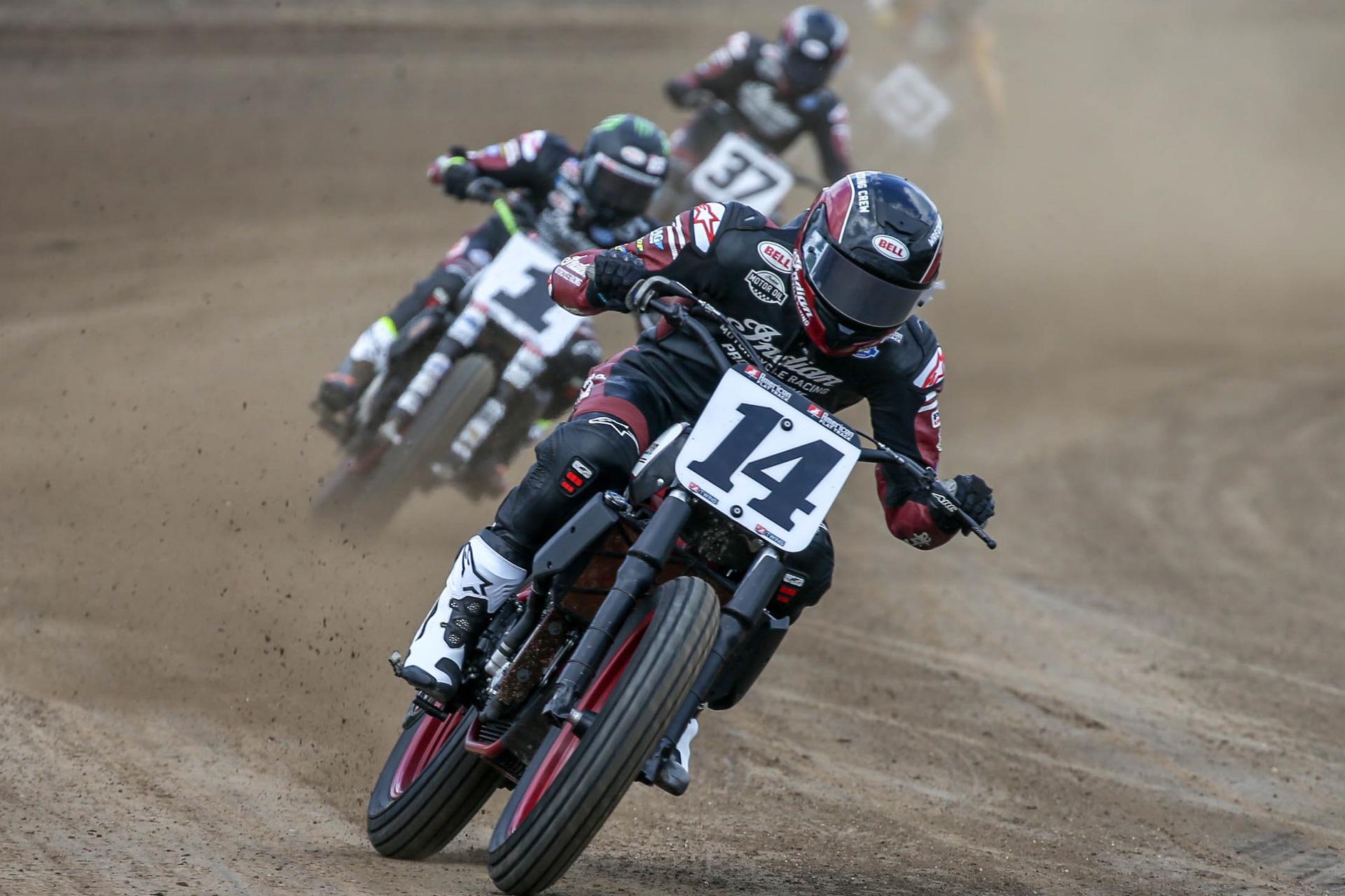 Indian Motorcycle’s commitment for 2020 is substantial and three-pronged, and includes sponsorship of three of AFT’s most-anticipated events, contingency offerings of over $350,000 and substantial support of AFT’s broadcast efforts on NBCSN.

Indian Motorcycle returns as the presenting sponsor of one of AFT’s most-exciting events of the year: the Buffalo Chip TT presented by Indian Motorcycle in Sturgis, South Dakota on August 9.

Indian Motorcycle and the presence of the Indian Owner Group, dealers and machines, will be in full force at highly-awaited season opener. Attendees will once again be treated to dedicated fan areas, dealer demo rides, bike displays and giveaways. Expect more of the same at those Indian Motorcycle-sponsored events this year, plus – at all 18 rounds  – a special 10-x-20-foot Indian Motorcycle display featuring the hottest models of machinery in its fleet.

The Minnesota-based manufacturer will once again be an integral part and partner of AFT’s NBCSN telecast, and fans viewing at home can look forward to more on-board footage of the Wrecking Crew as they set their sights on another championship.

Indian Motorcycle’s contingency payment program for AFT SuperTwins presented by Vance & Hines riders is once again quite generous, and equal to the 2019 total, at over $350,000. FTR750-mounted Main Event winners will continue to receive $10,000 per event. Second-through-fifth-place finishers earn $3500, $1500, $1250 and $1000, respectively, with payouts extending through all top-ten positions.

Perhaps most-impressive is Indian Motorcycle’s Championship bonus – $25,000 to any rider who tops the AFT SuperTwins class having competed all 18 rounds aboard an FTR750.

“In a short space of time Indian Motorcycle has become a formidable force in American Flat Track,” said Michael Lock, CEO of American Flat Track. “Their Wrecking Crew has delivered remarkable success since their debut in 2017 and with Indian’s support for the series extending to events and broadcast we are very happy to renew our partnership.”

After sweeping the top-three standings in 2019, the Indian Motorcycle factory team – aka the ‘Wrecking Crew’ – will reunite, with reigning AFT Twins champion Briar Bauman, his brother and winner of the inaugural Laconia Short Track, Bronson Bauman, and multi-time AFT Twins champion Jared Mees all returning for another exciting season of AFT competition.

“We couldn’t be more excited for the start of the 2020 season as our Wrecking Crew is on a mission to deliver yet another AFT SuperTwins Championship for Indian Motorcycle Racing,” said Gary Gray, Vice President – Racing, Technology & Service for Indian Motorcycle. “In addition to our factory team, the new SuperTwins class will see a number of talented racers competing as a privateer aboard the FTR750. With the same pool of competitors each and every race, this year will surely deliver an entirely new level of competition and excitement for the fans.”

American Flat Track’s 2020 season is back in action with the first-ever doubleheader – DAYTONA 200 and DAYTONA TT – at the legendary Daytona International Speedway. Watch both historic motorcycle racing events during Bike Week at DAYTONA for just $35 when you purchase an advance General Admission ticket online.

September 30, 2019 Michael Le Pard News Comments Off on Yamaha and Alex Lowes to Part Company at the end of 2019 Season

Yamaha Motor Europe wishes to formally announce that they will part company with Alex Lowes after the final round of the 2019 FIM Superbike World Championship season in Qatar. Lowes has been an integral part […]