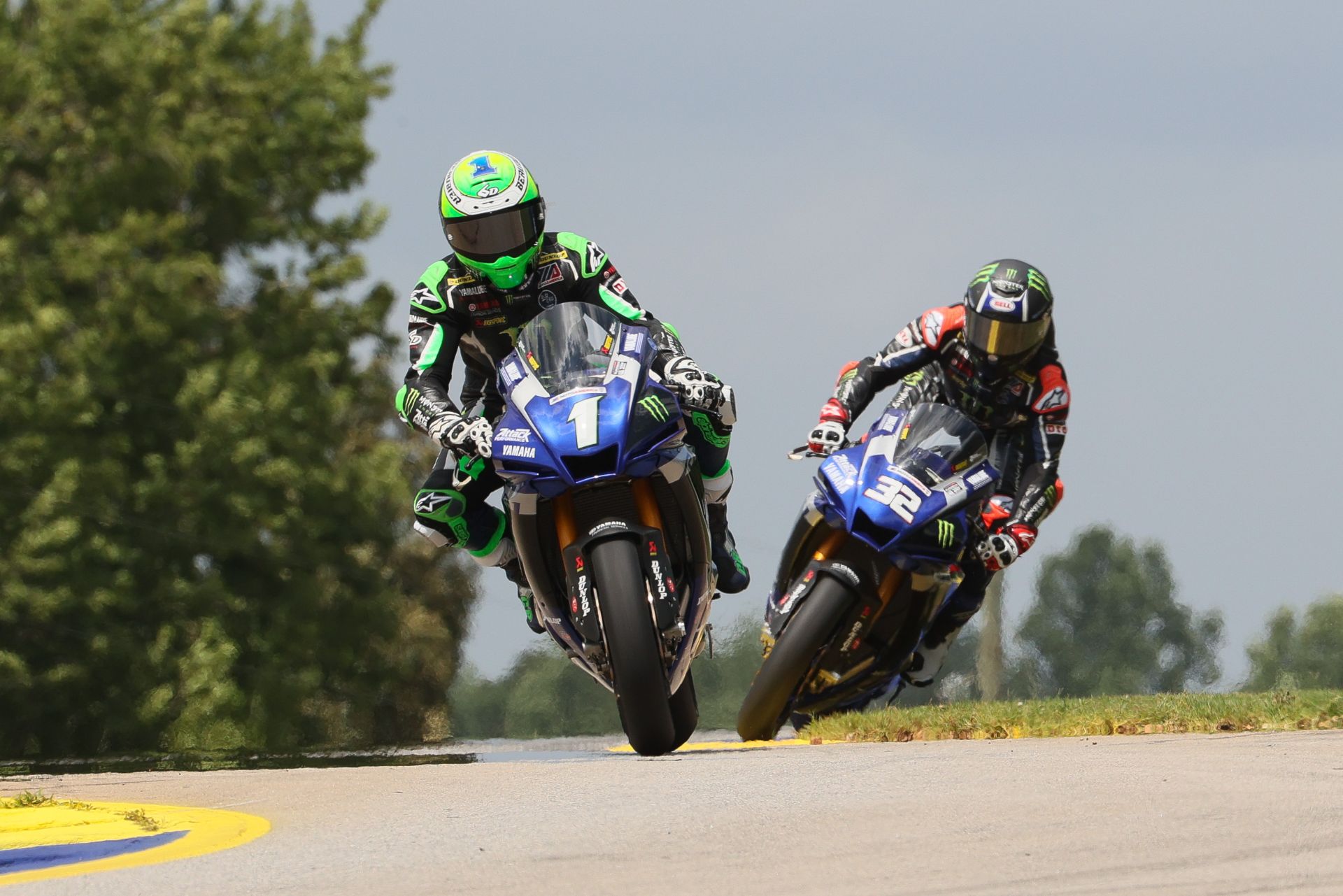 Cameron Beaubier was back on top at Road Atlanta with another stellar performance to score his fourth MotoAmerica Superbike win of the season. His Monster Energy Attack Performance Yamaha Racing teammate Jake Gagne crossed the line comfortably in second on a hot August Saturday in Braselton, Georgia.

Beaubier kept his 2020 Superpole streak alive and once again started from pole. He rocketed off the line, but Gagne also got off to a flying start from the second row of the grid and slipped past him to take the lead in turn one. The pair quickly put a gap on the rest of the competition with the defending champ right on Gagne’s heels. Beaubier didn’t wait too long to make his move, passing his teammate on the second lap going into turn eight. He put his head down and knocked down some fast laps to return to the top step of the podium and expand his points lead in the championship to 14 points.

Gagne tried to stay on the back of Beaubier in the hot, greasy conditions, but the Superbike veteran was able to build a gap. He kept his fellow Californian honest throughout the 19-lap race and finished second to secure his fourth podium this season with the new team.

After another impressive double podium for the Monster Energy Attack Performance Yamaha Racing team on Saturday, they head into tomorrow’s race two looking for another top result.

“The team is in a good place at the moment. Our riders and crew are continuing to gel with the equipment and each other. There are very few challenges that they cannot overcome. Today was another example of that. After a technical issue in morning warmup, the team came together and gave the riders a couple of great Yamaha R1s that they could win on. Without a doubt Cameron and Jake rode as champions should, darting away from the rest of the field. I am very proud of how the season is going.”

“It was a tough race, demanding physically and on the bikes! It was hot and greasy out there today. My bike worked great and I was happy with how I rode. Jake rode really good today as well, putting the pressure on me and it’s always nice to have three Yamahas up on the podium. I’ve got to keep my head down tomorrow!”

“We got off to a great start and it was nice to lead a few laps. Cam came by me and I tried everything I could to hang on to him, but his pace was just a bit better. Once he pulled that gap, it was a hot, lonely race but the Dunlop’s held up really well. Hats off to the crew because we’ve had to deal with a few little issues this weekend and haven’t had the laps on track that we’d like, but they are always working hard. I’m happy with how our R1 felt and we are improving the feel for me every time we go out. We’ll try to improve on a few areas for tomorrow’s race and get off to another good start!”

Battle of the Kings 2018 – get ready for the biggest custom reveal, Saturday 13th January!

January 11, 2018 Michael Le Pard News Comments Off on Battle of the Kings 2018 – get ready for the biggest custom reveal, Saturday 13th January!

BOTK 2018 – Dealers Battle of the Kings bike reveal is coming to a dealer near you on 13th Jan. Find out who’s participating, and support your king. Posted by Harley-Davidson UK on Tuesday, January […]