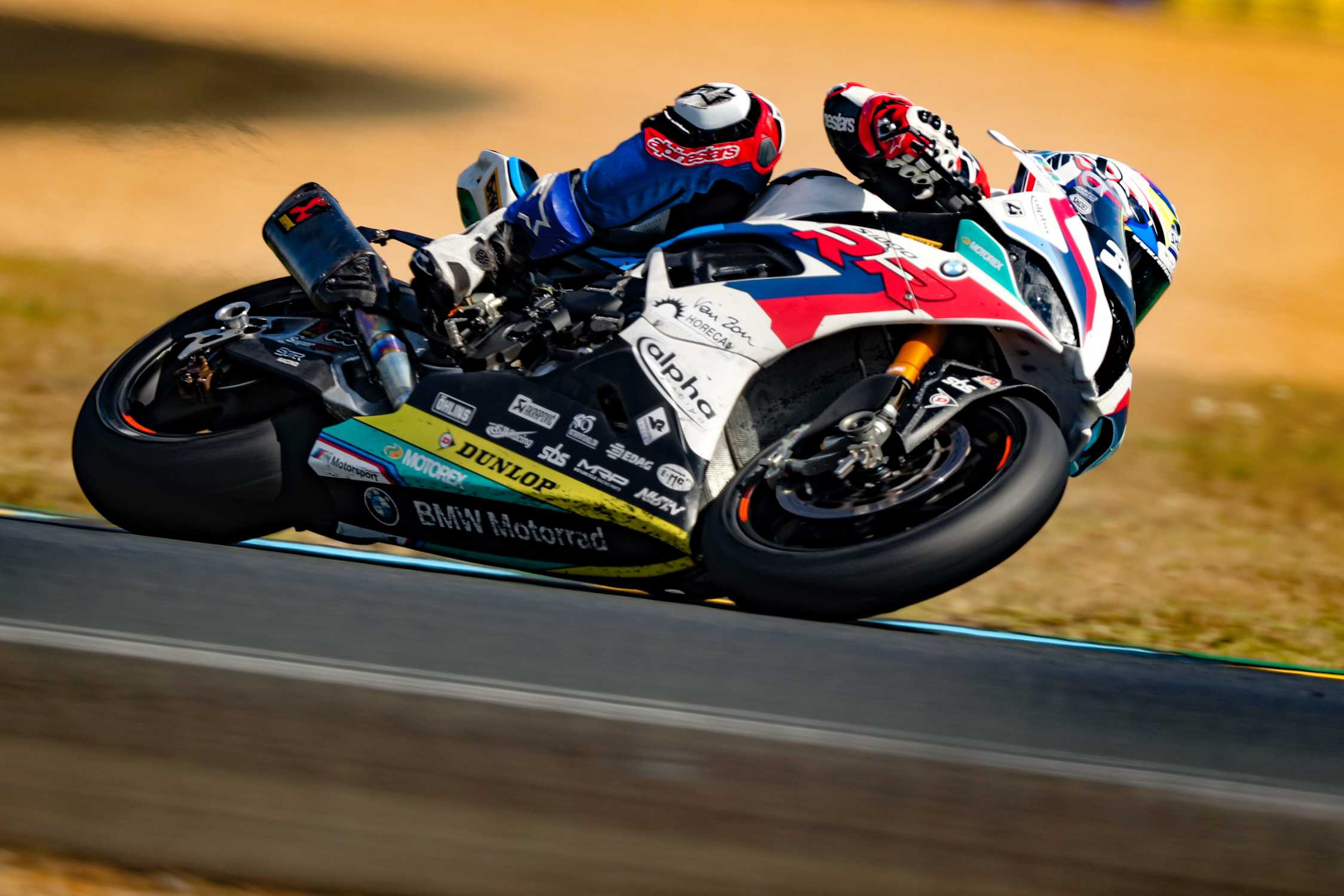 Munich. The BMW Motorrad World Endurance Team is ready for one of the classic races in the FIM Endurance World Championship (FIM EWC): the ‘24 Heures Motos’ at Le Mans (FRA). The 24-hour race marks the resumption of the 2019/20 season, after a break of over eight months. This weekend’s endurance race is the third round of the team’s debut season in the FIM EWC.

Alternating on the #37 BMW S 1000 RR will once again be regular riders Kenny Foray (FRA), Ilya Mikhalchik (UKR) and Markus Reiterberger (GER). Vladimir Leonov (RUS) will be in the role of reserve rider; he competes with the EGS-alpha-Van Zon-BMW Team in the International German Motorcycle Championship (IDM) in 2020.

The BMW Motorrad World Endurance Team finished third to claim a spot on the podium in both of the first two races of its debut season in the FIM EWC, at Le Castellet (FRA) and Sepang (MAS). That puts the team second in the World Championship standings. After the ‘24 Heures Motos’ at Le Mans, the 12-hour race at Estoril (POR) at the end of September represents the season finale.

The ‘24 Heures Motos’ officially gets underway on Thursday 27th August with the first practice sessions and qualifying. The race itself starts at 12:00 on Saturday, 29th August and ends at 12:00 on Sunday, 31st August.

Quotes ahead of the ‘24 Heures Motos’ at Le Mans.

Marc Bongers, BMW Motorrad Motorsport Director: “After the BMW Motorrad World Endurance Team’s successful start to its debut season, we have had to wait a very long time to finally go racing again. However, we have used the break to continue to develop the endurance version of our RR. The tests in July at Le Mans were very positive. We are well-equipped and can hardly wait to take on the challenge that is the 24 Hours of Le Mans. Anything can happen in endurance racing, so it is difficult to make any predictions before the race. However, we have done our homework and are looking to build on what we achieved at Le Castellet and Sepang.”

Werner Daemen, Team Manager BMW Motorrad World Endurance Team: “We are very excited to resume the season at Le Mans and we have worked day and night to prepare the bike. I am pretty sure that with Kenny, Ilya and Markus, we have the best three riders for the world championship. And our reserve rider Vladimir showed at the IDM season-opener at Assen that he is very quick. In the pre-test, together with our partners, we could see that the lap-times were good. We have a really strong team. Also in regards of the mechanics and technical crew under Steven Casaer we are really on a world level, BMW does a tremendous job with the bike and the engine, and Dunlop is a strong tyre partner. I think that we are well prepared and we hope for a strong result.”

Kenny Foray: “I’m really excited to go to Le Mans because we have waited such a long time. Of course I always want to race and so I am really happy to be back racing in the FIM EWC. The goal for Le Mans is for sure to get a good result because after the first two races we are very well positioned in the championship. We know that it will not be an easy race but I think that we can be strong. Unfortunately, there will be no spectators at the Le Mans; that will be a strange and new situation for us but I think it is better to have a race like this than no race at all. We will give our best to show the fans watching on TV a strong performance.”

Ilya Mikhalchik: “I’m really looking forward to this weekend because we did a good job at the test. We showed a good pace and the bike looks really ready for the 24 hours. Our target is to have a very strong qualifying and then to have a strong race over the entire 24 hours. We need to be focused and use our heads. I hope that we can enjoy this long race and have a strong finish.”

Markus Reiterberger: “I am very much looking forward to finally going racing again at the Le Mans endurance classic. We are very well prepared. We have had good tests and the team has worked very hard to be able to make good and fast pit stops and find a good set-up for the bike. I am very motivated and have very high expectations. We will make every effort to do well at Le Mans – also with an eye on the World Championship standings. Riding without spectators will be rather strange, as they are the lifeblood of motor racing. It is a shame it has to be like that, but we just have to accept it in the current situation.”

Vladimir Leonov: “It’s not my first time at Le Mans; I was there already in 2016. I really like this kind of racing, even if it is a huge challenge and everything can happen. I am really looking forward to be part of the BMW Motorrad World Endurance Team at Le Mans and I will try to support them as best as I can.”

August 5, 2019 Michael Le Pard News Comments Off on Febvre 1-Point Shy of the Grand Prix Victory As Seewer Strengthens His Position in the Championship Standings

Pole position and a podium for the BMW Motorrad WorldSBK Team

July 7, 2019 Michael Le Pard News Comments Off on Pole position and a podium for the BMW Motorrad WorldSBK Team