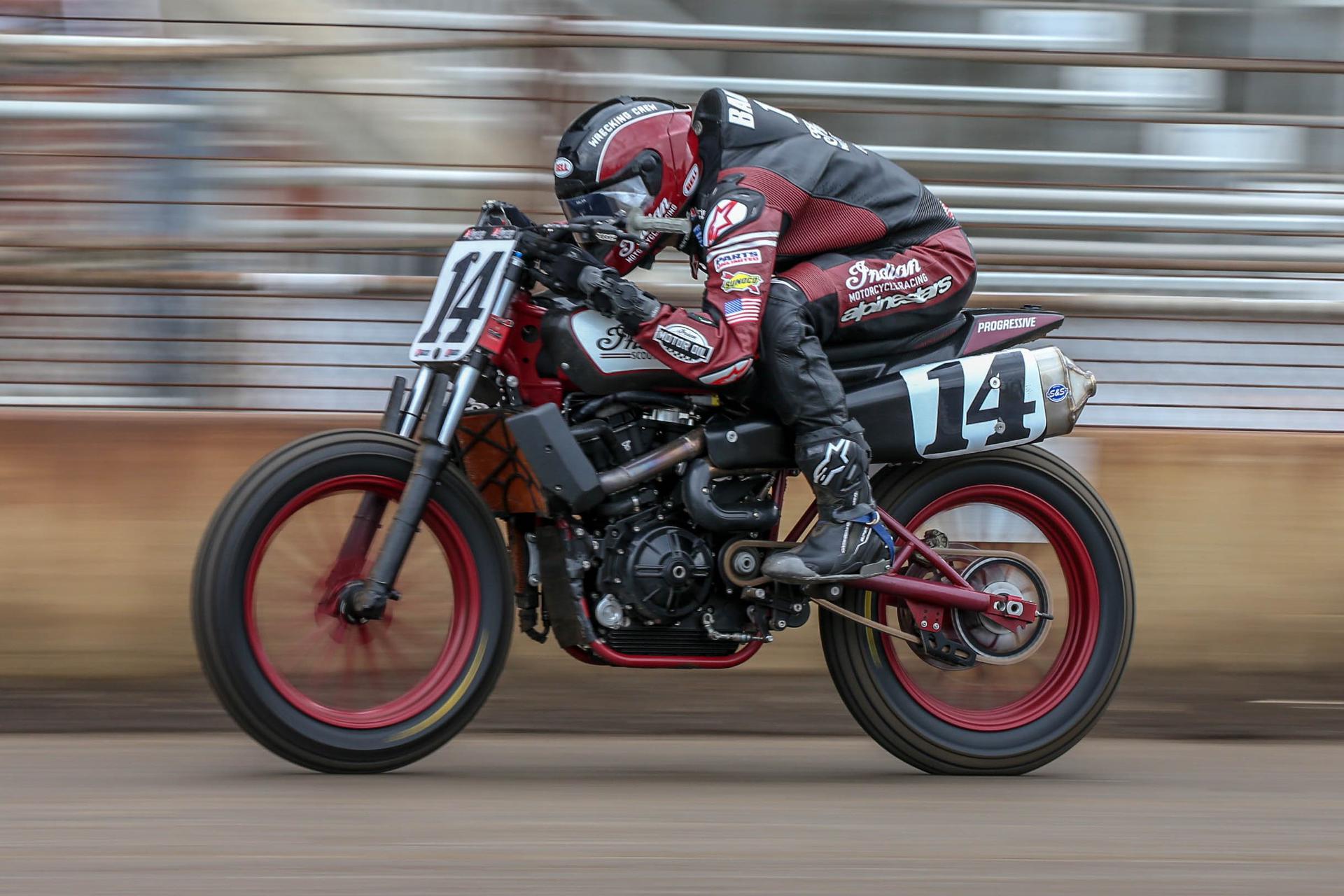 With a 35-point advantage and two races to go, AFT Twins title leader Briar Bauman (No. 14 Indian Motorcycle/Progressive Insurance FTR750) has battled back and forth with multi-time defending champion Jared Mees (No. 1 Indian Motorcycle/Progressive Insurance FTR750) all season long and moved himself within touching distance of his first premier class crown.

The two have combined to claim 11 out of possible 16 victories this season. And while Mees leads in wins with six of those 11, Bauman’s remarkable week-to-week consistently has him just 16 points away from securing the title.

That means a pair of 11th-place finishes would be good enough to do the trick, but Bauman will almost certainly be gunning to seal the title with his 15th podium finish in 17 races this season at Canterbury Park. Better yet, the 24-year-old California native could take the title with his sixth win of the season, earning a second career-long achievement in the process by scoring his maiden Mile win and completing the Grand Slam.

Mees, seemingly unstoppable on these Mile tracks, can be relied upon to do what he does — apply immense mental and on-track pressure through his outright pace — in search of another win. A win backed by the determined pursuit to extend his quest for a third-straight title.

Besides Mees there’s a stacked field of gifted pilots in the class who will do everything in their power to push Bauman’s celebrations back at least one more round.

Chief among them is rookie sensation Brandon Price (No. 192 Roof Systems of Dallas TX/DPC Racing Indian FTR750), who has looked like one of the paddock’s top riders over the past two rounds. Price came up just 0.169 seconds short of victory at Springfield II and then gave Bauman all he could handle in a battle for the win last time out at Williams Grove. All that’s left on Price’s rookie checklist is a first-career AFT Twins Main Event triumph.

Gauthier grabbed the upper hand with his Williams Grove win and now leads the reigning class champ by 15 points. That margin is close enough that even a pair of podium finishes in the final two rounds wouldn’t necessarily be enough to guarantee him the crown, so there’s little room to ease up now.

While still mathematically alive in the championship chase, the odds are stacked heavily against Mikey Rush (No. 15 RMR Honda/Red Riders Rewards Honda CRF450R). That said, unlike Gauthier and Bromley, Rush has taken a victory on a Mile already this season and should be expected to be in contention for the top step on the podium again this weekend.

The ultimate spoiler, however, could be Shayna Texter (No. 52 Red Bull KTM Factory Racing SX-F 450). Texter boasts eight career Mile victories among her 17 total AFT Singles wins (Gauthier is second with nine wins across all four disciplines). It’s very possible that she’ll have the speed to aid teammate Bromley’s cause — if he has the speed to keep her behind him.

Texter’s older brother, Cory Texter (No. 65 G&G Racing/Holeshot Powersports Yamaha MT-07), continues to lead the AFT Production Twins championship standings, although his advantage has been whittled down since he opened the season with three consecutive victories.

Besides the possibility of crowning a trio champions this weekend, there will be numerous off-track attractions to keep fans entertained all Saturday. Live music will be provided by Iowa-based high-energy cover band The Pork Tornadoes on the Mystic Lake Stage, along with the Minnesota Vikings Skol Line drumline. There will also be numerous vendors and a variety of food and beverage options available to spectators.

Grant Rides to First Top-10 Finish of the Season

Interim rider Josh Grant was the sole representation for the Monster Energy Yamaha Factory Racing Team this Saturday at the Broncos Stadium at Mile High in Denver, Colorado and grabbed his first top-10 finish of […]