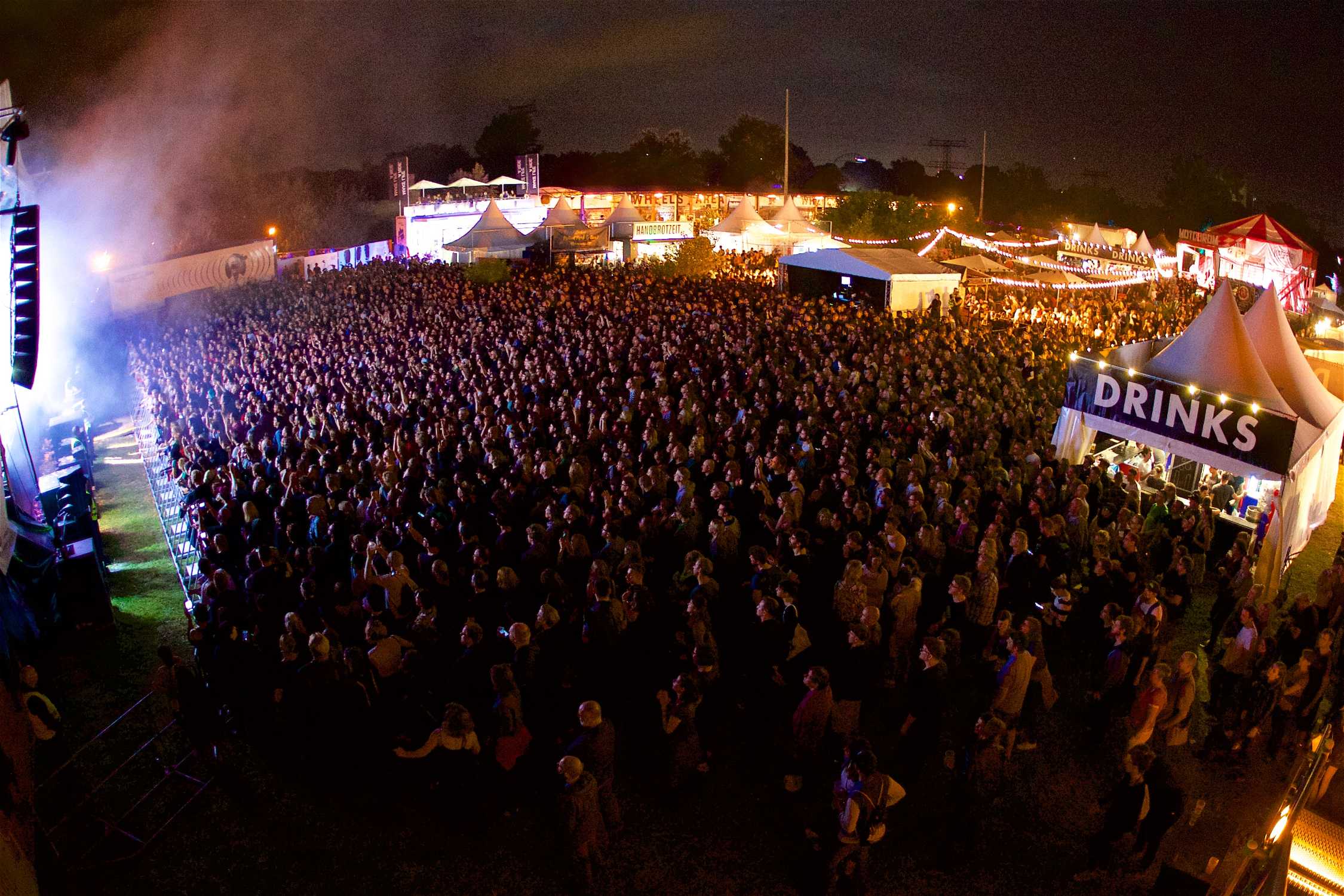 The Pure&Crafted Festival’s third edition went out with a bang under yesterday’s starry late summer night sky. On the grounds of the Altes Kraftwerk Rummelsburg in Berlin, the festival appealed to its audience with a unique mix of motorcycle culture, lifestyle and music with Interpol, Car Seat Headrest and a variety of German artists taking the stage.

Kraftwerk Rummelsburg in Berlin, the festival appealed to its audience with a unique mix of motorcycle culture, lifestyle and music with Interpol, Car Seat Headrest and a variety of German artists taking the stage.

Having celebrated at Postbahnhof in the past two years, the Pure&Crafted Festival found its new home at Altes Kraftwerk Rummelsburg, a former power plant on the Spree river bank. Constructed in 1906, the iconic industrial building is a treat for the eyes; particularly its impressive, light-flooded machine hall. The hall served as the perfect backdrop for the General Store which housed about 30 brands presenting the latest new heritage trends.

Yet again, the Wheels Area was a centrepiece of the Pure&Crafted Festival. Marvelling, chatting and, of course, customising under the open sky, numerous custom workshops presented their motorcycles to the Berlin crowd. At BMW Werk Berlin’s booth, it was all about delicate artistery where motorcycle lovers could have their bikes embellished with hand-painted pinstripes. The BMW Motorrad Truck invited festival-goers to take the latest models out for a spin.

Donald Ganslmeier and his team were the secret stars of the festival. Their Motodrom, the oldest running “Wall of Death”, raised everyone’s adrenaline levels significantly, leaving all festival-goers in awe.

The festival’s one-of-a-kind programme wouldn’t have been complete without music. Interpol’s performance was the undisputed festival highlight on Saturday. To celebrate the 15th anniversary of their debut record ‘Turn On The Bright Lights’, the band, a bunch of bike enthusiasts themselves, played the classic album in its entirety, bringing the sold out first day to a close. Kytes, Pictures, Gurr, Razz, Abay and many others certainly proved that German musicians are not at all averse to guitar distortion.

The festival’s third edition made it clear: relaxing and Pure&Crafted go hand in hand. About 10,000 festival-goers ventured to Altes Kraftwerk Rummelsburg to celebrate the extraordinary atmosphere with family and friends over the weekend.

With its four brands BMW, MINI, Rolls-Royce and BMW Motorrad, the BMW Group is the world’s leading premium manufacturer of automobiles and motorcycles and also provides premium financial and mobility services. As a global company, the BMW Group operates 31 production and assembly facilities in 14 countries and has a global sales network in more than 140 countries.

BMW Motorrad Motorsport News: Tamburini and Fabrizio on the podium in Italy

April 2, 2019 Michael Le Pard News Comments Off on BMW Motorrad Motorsport News: Tamburini and Fabrizio on the podium in Italy

We wanted to show our customers what their KTM ADVENTURE motorcycles are capable of off the beaten track. We wanted to create a scene of like-minded riders, sparking friendships and spectacular memories. And we […]