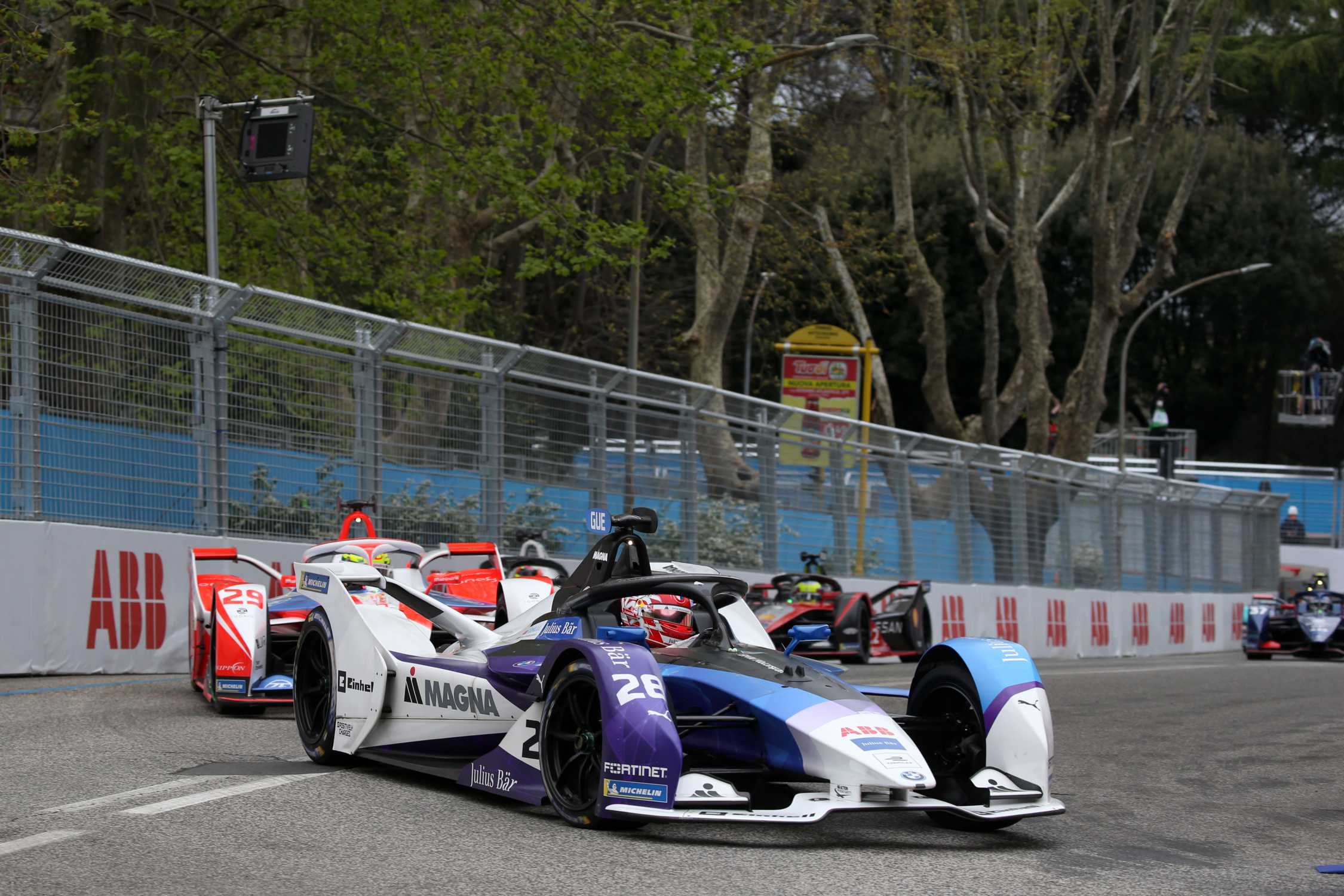 Rome. After the difficult start to the season in Diriyah (KSA), Maximilian Günther (GER) was back in the points at the second race weekend of the ABB FIA Formula E World Championship in Rome (ITA). In Sunday’s race, the BMW i Andretti Motorsport driver finished fifth to claim his best result of the season, having previously finished ninth on Saturday . Jake Dennis (GBR) was struck by misfortune again. A technical issue meant he had to miss qualifying. However, he gave a strong performance in the race and crossed the finish line in 13th place. The new FIA Formula E Safety Car was called into action again.

With the track still slightly damp, the race started behind the MINI Electric Pacesetter inspired by JCW, just as Saturday’s race had. The car was summoned onto the track again during the race.

In qualifying, Günther made it into Super Pole for the second time in a row in the BMW iFE.21. He started the race from fifth place. Günther was involved in a number of battles on track, and was consistently running in fourth, fifth or sixth place. A mistake made whilst activating the ATTACK MODE meant he eventually crossed the finish line in sixth place. A penalty awarded to one of his rivals, however, meant he was subsequently promoted to fifth place.

Dennis was halted by a technical issue in qualifying and consequently had to start the race from the back row of the grid. He drove a solid and mistake-free race, which allowed him to climb ten positions into 13th place. He also clocked the third-fastest lap of the race, in a time of 1:41.369 minutes.

The next races are scheduled for 24th and 25th April in Valencia (ESP).

Reactions to Race 4 in Rome.

“This was a weekend of mixed success across the garage. It seems like the bad luck has yet to come to an end for Jake Dennis. We are still investigating the problem that prevented him from getting out in qualifying. At least he finished the race, gained a lot of experience and got some mileage under his belt. Maximilian Günther made it into Super Pole twice in a row. That is a good step forward. In the race he managed to stay in the leading group. Unfortunately, a missed loop in the activation zone of the ATTACK MODE potentially cost us the chance of a podium. In the end he scored some good points which helps in the long run with the championship. ”

“That was a positive race. We managed it well and I felt good in the car. We were fighting for a top-five position all the time. I would say the decisive moment was the activation of the second ATTACK MODE. Unfortunately, I missed one loop of the activation zone and had to repeat the procedure one lap later. That cost me the chance of a podium finish. After that, P5 was the maximum, I think. You cannot win every race in Formula E, but it’s important to score points. That’s what we did today. All in all a good weekend for us here in Rome. We’re heading into the right direction.”

“It was a shame that a small issue with the car stopped me in qualifying because looking at the improving weather conditions I would have had a very good chance to be in Super Pole. Having missed that opportunity was disappointing for me and the team. Then the race was basically over before it really began, as one car in the middle of the field somehow left a big gap and we were like ten seconds behind from the beginning. Our pace was really good, but it’s impossible to make up ten seconds in this field. It was an unlucky weekend, but we will take the positives from it; we were fast in the race.”

Tonus Out for the MXGP rounds of Città di Mantova & Europe. Monster Energy Yamaha Factory MXGP’s Arnaud Tonus will not participate in the next two rounds of the FIM Motocross World Championship that will […]

July 22, 2020 Michael Le Pard News Comments Off on 24 months free roadside assistance when buying one of the brand’s motorbikes

Varese, July 22, 2020 – MV Agusta is announcing yet another initiative to bring its standards of service and assistance to unparalleled levels. MV Agusta “Road Assistance”, offered in partnership with Nobis Compagnia di Assicurazioni […]