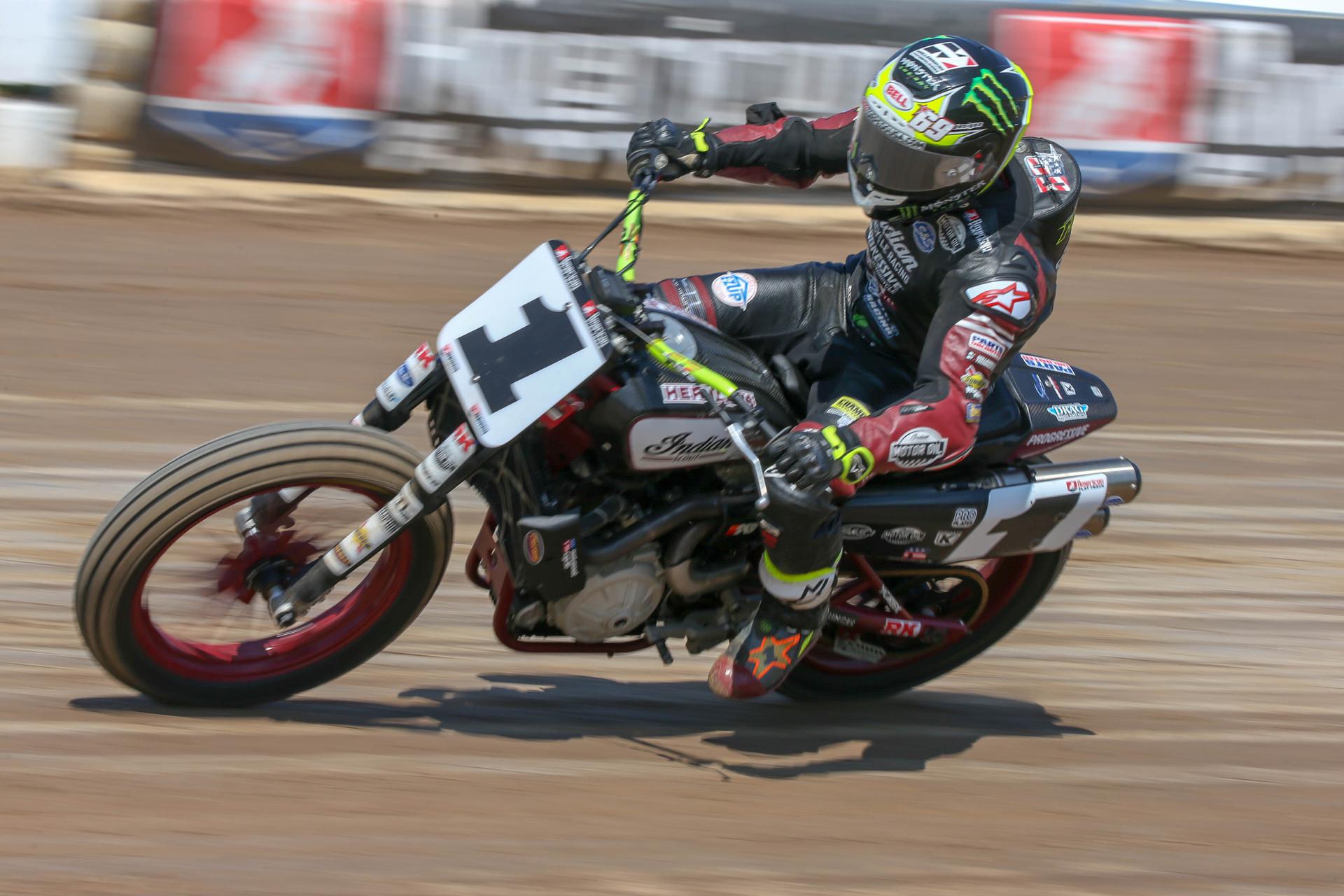 While it represents the conclusion of a hectic week, this year’s running of the Legendary Sacramento Mile also serves as a slingshot aimed down the stretch for the 2019 AFT Twins presented by Vance & Hines championship fight. With two of the series’ trademark Miles rescheduled due to weather earlier this season, the opening half of the ‘19 season included just a single stop at a maximum speed battleground. As a result, this year’s fascinating title chase will play out with five epic Miles over the final seven races, starting this weekend in Sacramento.

Multi-time defending AFT Twins Champion Jared Mees (No. 1 Indian Motorcycle/Progressive Insurance FTR750) has found himself playing catch-up much of the year following a pair of dominant title runs in 2017 and 2018. However, he could be well positioned to pursue a third considering he’s racked up eight of his 11-career Mile victories since the start of the ‘17 season — including last year’s Sacramento Mile as well as this year’s only opportunity to add to that tally, the Red Mile.

Rush came out on top in Kentucky, but Texter will have been counting the days for another shot to showcase her Mile chops since taking that checkered flag in second that night.

An increasingly stacked AFT Production Twins field will be back in action as well, headlined by title leader (and Shayna’s big brother) Cory Texter (No. 65 G&G Racing/Holeshot Powersports Yamaha MT-07).

The Legendary Law Tigers Sacramento Mile will be the centerpiece of a three-day celebration of the sport in Northern California. On Friday, August 9, the Lodi Motorcycle Club will host its annual “Night Before the Mile,” at Lodi Cycle Bowl’s Short Track. And on Sunday, August 11, the club will take over the big Mile track to host its official annual Amateur Mile event.