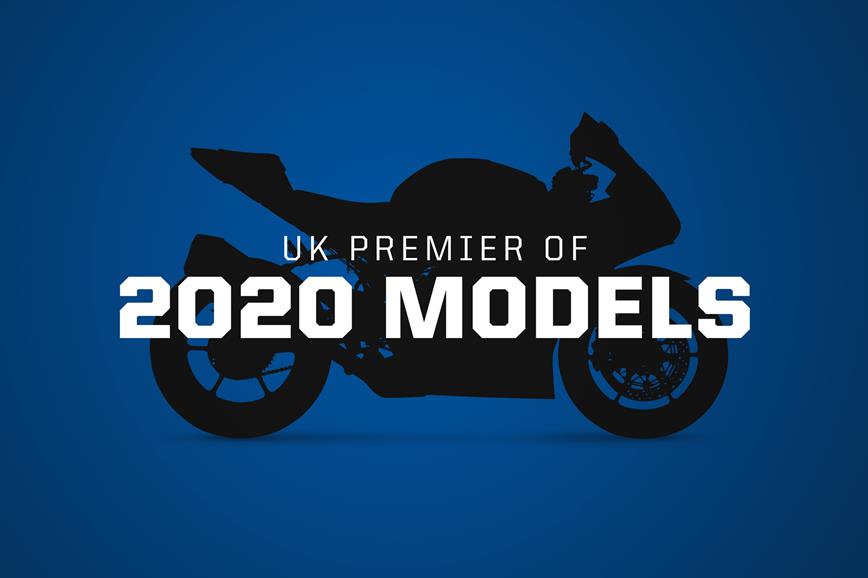 There’s less than one week until Motorcycle Live in association with Bikesure Insurance opens! From 16-24 November at the NEC Birmingham, bike enthusiasts from around the country have the chance to see the latest new models from the world’s leading manufacturers, enjoy non-stop live entertainment and take advantage of free chances to ride.

Check out the top-ten machines which will be showcased at Motorcycle Live, as chosen by Motorcycle News… 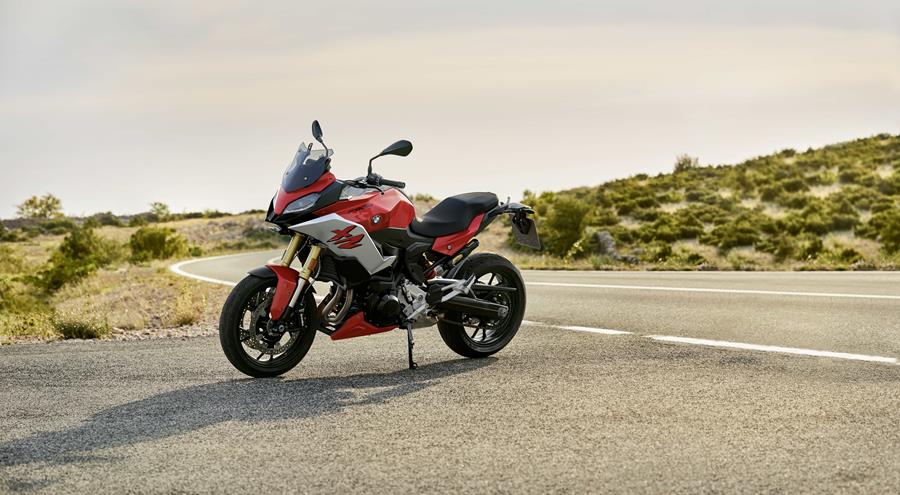 Is it a 900, or is it a 1000? The two XRs are hard to separate at a glance, but this new model in BMW’s line-up could well prove to be the one most buyers should gravitate towards. While it can’t match the inline-four’s ballistic speed, the new parallel-twin 900 is kitted out with everything you’d expect from a range-topper, but in a more flexible and useable form. Daily ride, tourer, and back-lane assassin all in one bike. 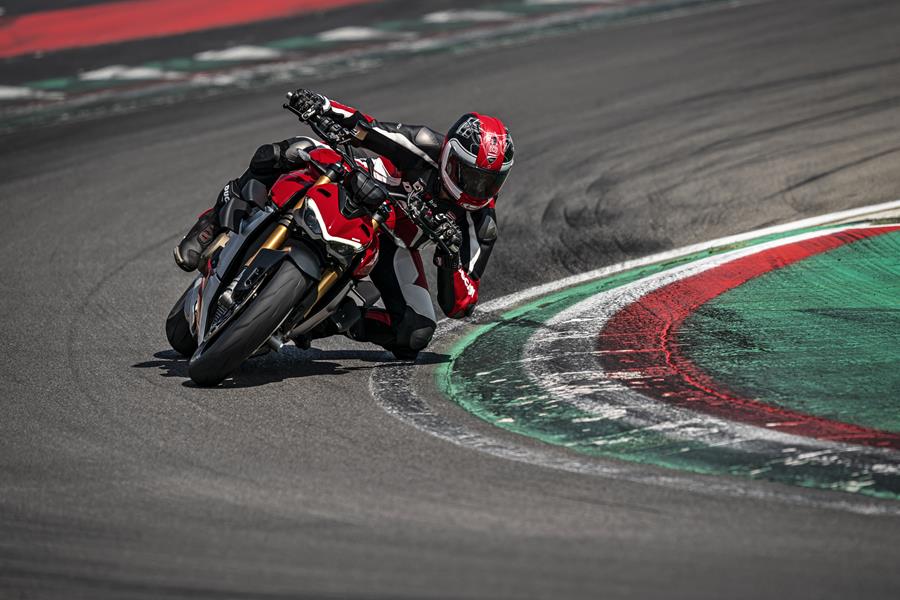 The super-naked market is exploding with psychotic new metal right now, and the new Streetfighter V4 promises to be one of the absolute pinnacles of this sublime excess. 208bhp from the Panigale V4-derived engine, minimalist styling that includes a fat set of quad wings claimed to deliver 28kg of downforce at full chat and oozing Italian chic – it’s one naked nutter we all want to spend time with in 2020. 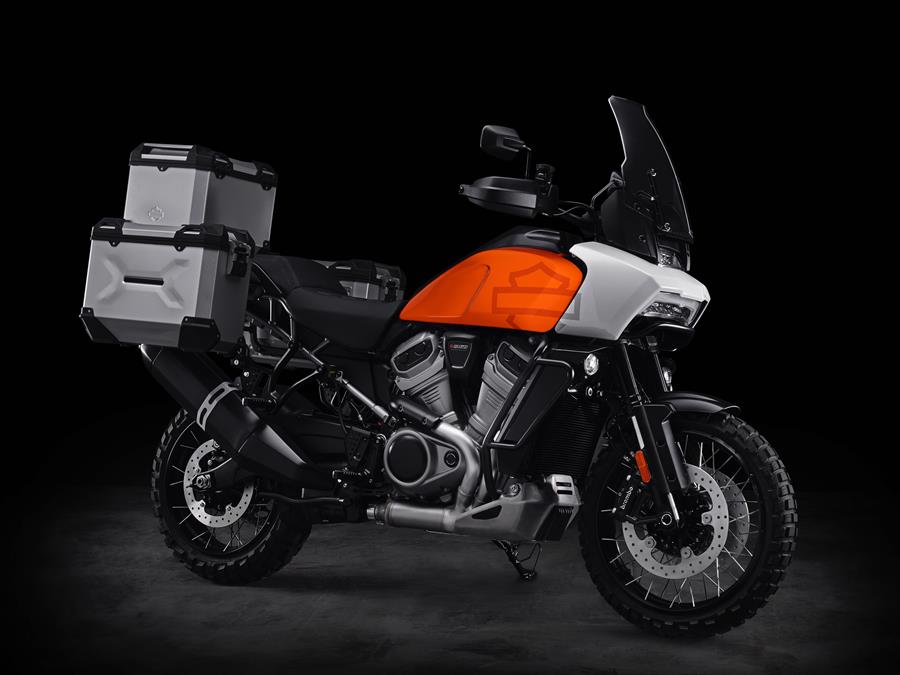 For a manufacturer often considered one of the most traditional, Harley are doing a fantastic job of shocking us with new metal. Hot on the heels of the LiveWire is this bold new Pan America, which will arrive in late 2020. This is a huge departure for H-D, and also debuts their all-new Revolution Max engine which, in 1250cc guise, means 145bhp and 90ftlb torque on tap from the 60-degree V-twin. 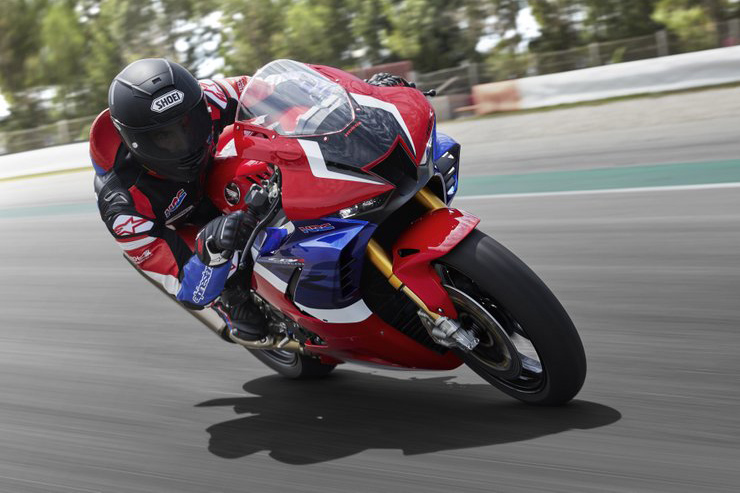 It’s hard to believe that it’s 28 years since the original game-changing Fireblade blew us all away. The competition is dramatically stronger now, but riding the crest of HRC’s MotoGP wave could see the Blade cut in at the top of the superbike pecking order again. New styling, 215bhp of punch from the new engine, new electronics and a big set of aero wings make it the most exciting new superbike of 2020. 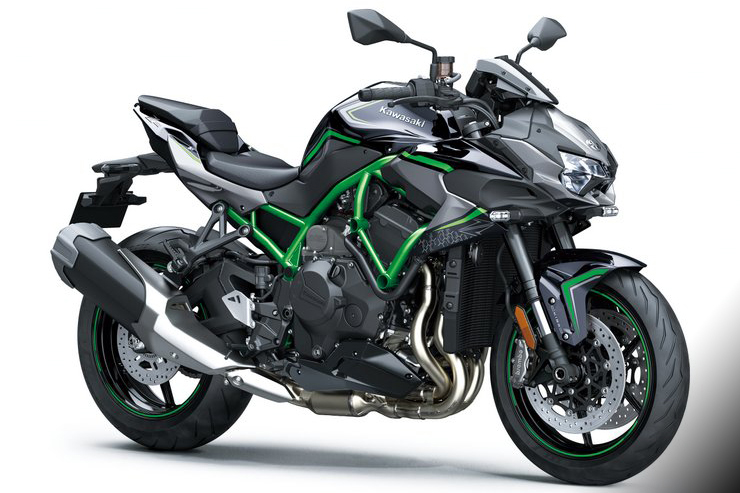 Supercharged super-naked anyone? Form an orderly queue, please. Kawasaki’s Ninja H2 SX has chirped and chattered its way into our affections with an addictively hedonistic rush, and now it’s spawned a naked sibling to add even more aggression to the package. Some the H2 SX’s slick refinement and that lovely single-sided swingarm may have been left behind, but this is going to be one hell of a ride. 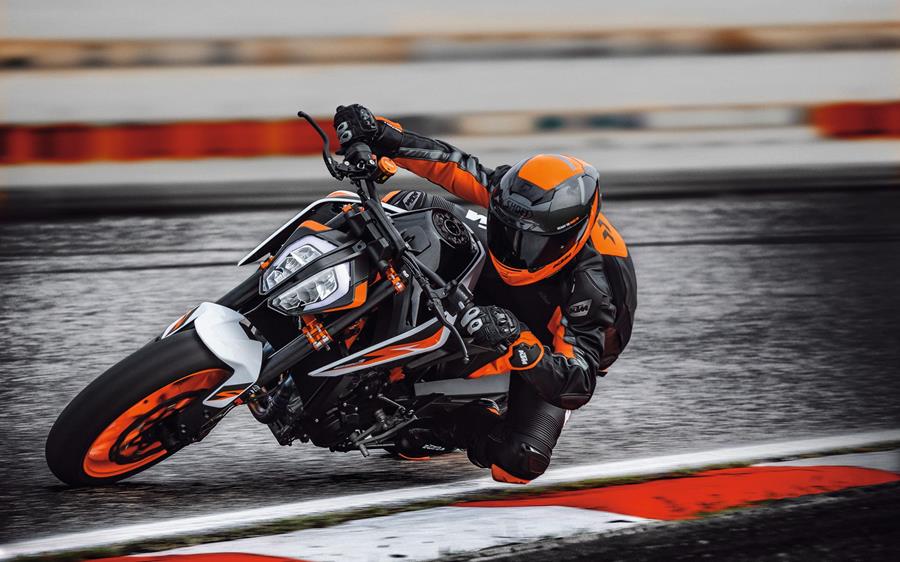 When the 790 Duke arrived there was one question on everyone’s lips – where’s the R? Well, here it is, and it’s even better than hoped. Not only does it get all the trademark orange excess you’d expect of the Austrian brand’s naughty version, it’s even been gifted a new 890 engine with more capacity, power and torque – backed up with a more aggressive riding position, better suspension and stronger brakes. 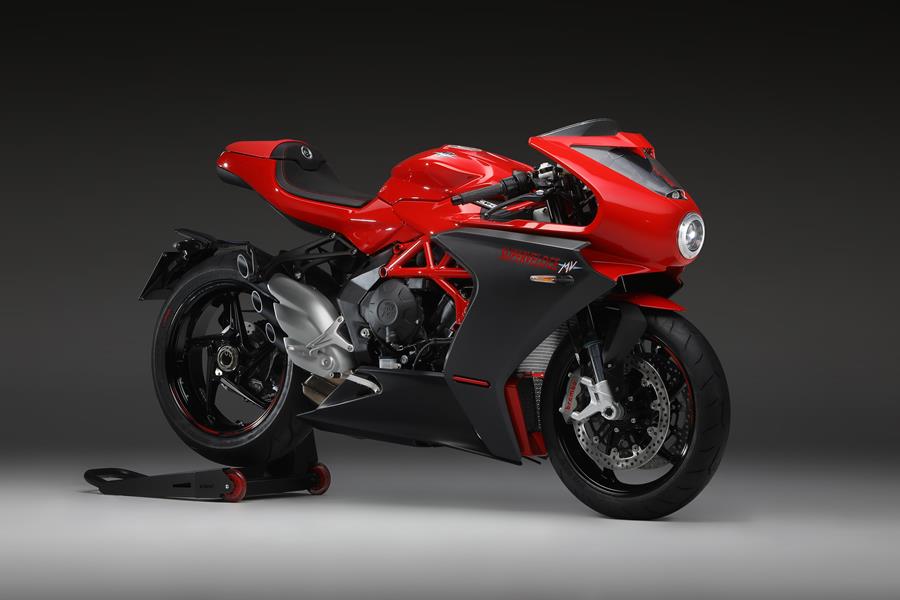 When the prototype was unveiled last year there was a collective gasp that was followed by the sad assertion that MV would probably never build it. But they have – and it’s no less gorgeous in production form. The retro feel gives it a timeless quality that’s underpinned by the screaming 145bhp inline triple, 8-stage traction control, riding modes, bi-directional quickshifter and high-spec cycle parts. Beautiful. 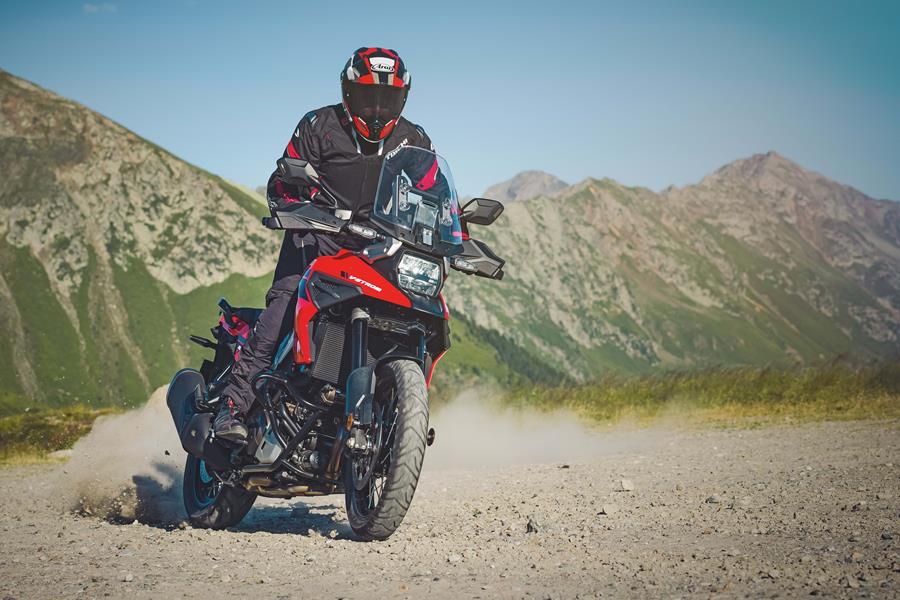 It’s easy to be dismissive of what looks like a visual update – but don’t be fooled. Suzuki have given it a makeover that’s strongly redolent of the legendary 1980s DR BIG, but the changes go significantly deeper than that. A useful boost in power to 106bhp, coupled to a raft of new electronics that brings it bang up to date for a very keen price, makes this one of the best value adventure styled bikes on the market. 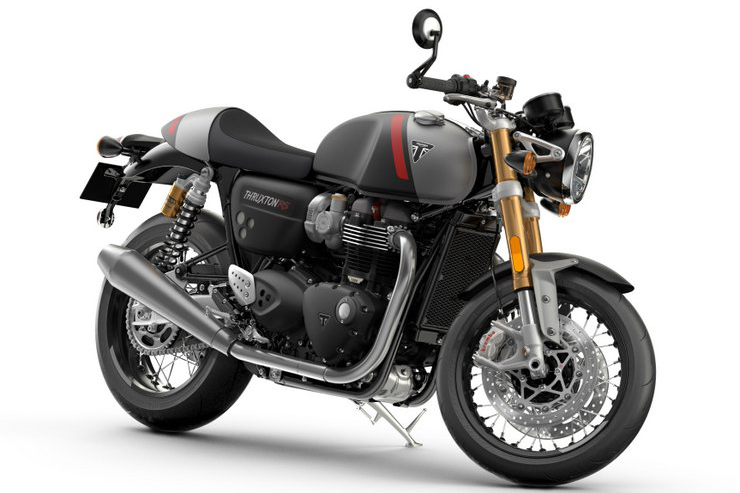 Very few big factories can do authentic feeling retros with the degree of style, fit and finish Triumph deliver. The T120 Thruxton was a revelation at launch, and this year sees the R replaced with the RS – a fitter, more powerful (by 8bhp), lighter (by 6kg) and higher spec’d version. It’s the sort of bike that will make you smile just as widely whether you’re carving a sunny Sunday B-road, or sitting in the garage looking at it. 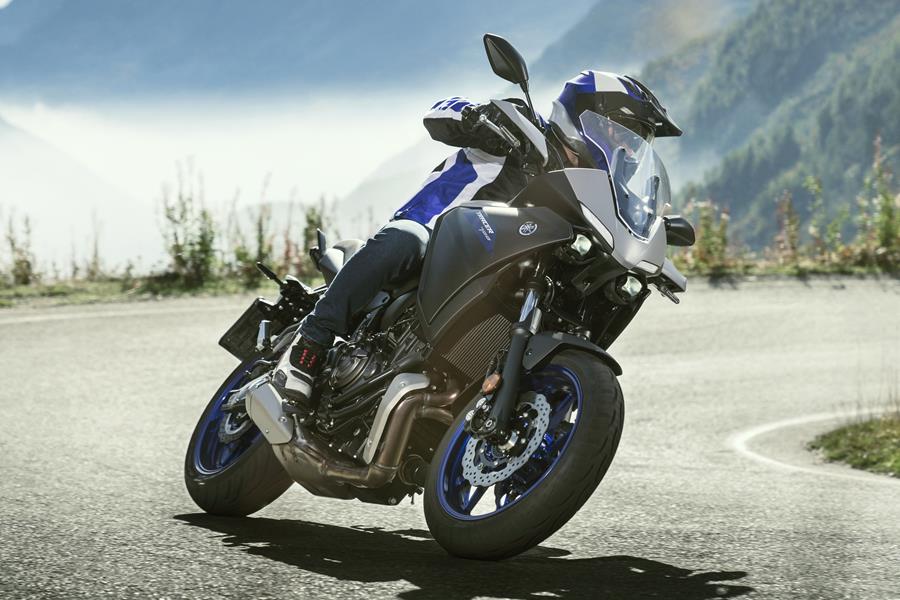 Yamaha’s 700cc CP2 family continues to be one of the most engaging multi-platform offerings ever built, and the revisions to the popular Tracer 700 could rightly see it surge back up the sale charts in 2020. Already a fantastic blend of everyday usability and weekend entertainment, its facelift gives it a much stronger stance, and with a new dash, adjustable screen and wider bars it should be an even better ride, too

Motorcycle Live, in association with Bikesure Insurance takes place at The NEC, Birmingham from 16-24 November. Advance tickets are on sale now, priced at just £19.50 per adult, £12 for Seniors, £1 for 6-16 year olds*. Did we mention it’s FREE for children aged five and under**?. To book or for more information, call 0844 581 2345 or visit www.motorcyclelive.co.uk

*Advance ticket prices, closing date for advanced tickets 5pm on 15 November 2019. There is a £1.50 fulfilment fee per order. **Under 16s must be accompanied by a paying adult.  All information correct at time of release.

The Rockstar Energy Husqvarna Factory Racing Team concluded part two of an unprecedented two-weekend stay at the Loretta Lynn Ranch in Hurricane Mills, Tennessee, where the team rallied together to create a promising start to […]