Honda’s Ricky Brabec: A fighter and a man with a dream. To not just compete in the Dakar but win it versus seasoned racing professionals. From “good” to “best” takes more than a dream and to play in these epic games you need dedication, luck and a good team. “Anything Can Happen” Ricky says and with the right mentor and inspiration, we couldn’t agree more! From Dirt to Dakar – Epic Games Dream Comes True indeed!.

Many people thought that an American could not win the Dakar and Ricky did it!

We hope Ricky’s dream turned reality story inspires you this week to get out there, ride, strive and succeed in your motorcycle endeavors. “Anything Can Happen” indeed, just like Total Motorcycle happened for me and without a good team and loyal readers like yourself, it may have just only been a dream. So dream big, you never know!

Without a doubt, the victory in the Dakar has become much more than a dream, a wish or a goal. It has always been this way since Honda’s official return to the world’s toughest off road race in 2013. The project has continued to evolve and forge a team that has learned from its mistakes and the hard blows it received in each edition. There is a reason why the Dakar is associated with the phrase “anything can happen”. Finally, success came in mid-January 2020 and the entire Monster Energy Honda Team was able to celebrate the long-awaited triumph, with Ricky Brabec and the Honda CRF450 RALLY on the highest step of the podium.

However, Ricky Brabec’s fight for the Dakar win started long before the start flag on January 5 in Saudi Arabia. It goes back to when the 29-year-old Californian decided to dedicate himself for the first time to his passion, off-road motorcycles. Brabec launched into motorcycle racing in the desert. In 2014 he monopolized all the trophies, a fact that did not go unnoticed by one of the greats of Honda America: Johnny Campbell, holder of the record of victories in the Bajas, who saw in Brabec a true diamond in the rough. Together with Dakar driver Jimmy Lewis, third in the 2000 edition, they set out to polish the young and brilliant promise, who had sometimes had difficulties making the transition from a ‘good pilot’ to an ‘even better pilot’. Campbell has since been Ricky’s mentor and knows him better than anyone. “ I started with Ricky in 2015. He came to the team and needed some help here, in the United States, with Honda. So naturally we gravitate towards each other, ” confessed Johnny, who defines Ricky as ” a young boy with a lot of energy who needed guidance and guidance. Where to go? How do i do it? How do I compete in rally? So we made a plan. We went directly into competition mode. We connected with Jimmy Lewis and started more advanced rally training. ” And he continues: “ What I saw in Ricky was someone who had already been champion in the USA, with victories in some desert races. Someone with the desire and the ability to fight to be a champion. Once we started training for rally, he started moving forward. He really hated it. He did not like all the exercises he was forced to do. But he did it. He kept trying and was able to check the training results and the different skills he had acquired. ”

In 2016 Brabec was hired by the HRC factory team and after several years getting ready, he signed an extraordinary performance in the 2019 Dakar edition, leading the race until the last two stages. The following year he was among the favorites and … the rest is history. He fought for victory and got the gold by reaching the final goal in Qiddiyah. Mission accomplished. “Winning the Dakar was fantastic. Many people thought that an American could not win. But the feeling of being the first is really great. I am very fortunate to have Johnny by my side and to have trained with Jimmy Lewis, and also to have Kendall (Norman, mechanic) as part of the team now. We have worked all year for this; some days, during the year, he did not want to be there training, but it is necessary to achieve the objective and determinant for victory. I feel really good. I hope that we will be able to repeat next year and at least continue on the podium for the next few years, which is our ultimate goal. We have already won the Dakar, so I think now we all know what it takes to win. Hopefully, as a Honda team,

Ricky Brabec is savoring his triumph and assimilating his champion status. Received as a hero, he has even been recognized at the prestigious AMA Supercross Championship. 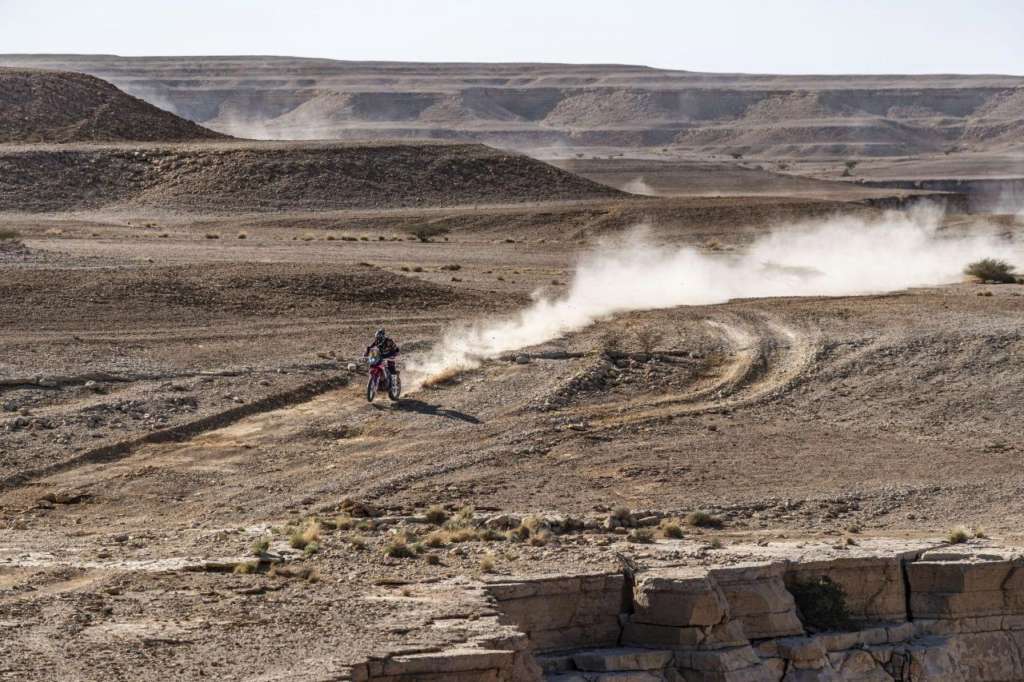 “Nothing has changed for me,” said the Honda rider, who stated: “I will continue with my life as usual and train as much as last year, I will continue with the gym and the bicycle. The Dakar is definitely a legendary race that I would like to finish and win every year. But you can’t let it change you either. You can’t let it go to your head. It is not difficult that the Dakar can make you feel bigger than you are. You have to keep humility and stay focused and working hard on the rally every day, ” stressed Brabec, who still finds free time to” go out, enjoy the outdoors and hang out with many friends or enjoy a barbecue. ”

Meanwhile, Johnny Campbell still has all faith in the boy: “ The cards are on the table. It was very hard on him mentally. He worked tirelessly. I wanted it so badly. He went for it. That is what forges a champion. Ricky is a champion. We will continue working with him. We are going to the next level for the Dakar 2021. We will see a whole new side of Ricky. ” Honda is the world’s leading manufacturer of internal combustion engines, the leader in motorcycle manufacturing and marketing, and the world’s eighth largest automaker. In addition, it is the first company in the automotive sector to fully develop a private jet aircraft, the HondaJet, and is the architect of the world’s most advanced humanoid robot, ASIMO, making it the leading mobility company. With 70 production centers and 21 R&D in 27 countries, Honda Motor Co., Ltd, distributes its products to more than 31 million customers (year 2019).

In Spain, Honda concentrates its business unit in Santa Perpètua de Mogoda (Barcelona), where it employs 266 people. In addition to the motorcycle, spare parts and accessories production plant, the Japanese multinational has the automobile and motorcycle commercial division of Honda Motor Europe Spain, the brand’s own financial company (Honda Finance Spain), the Honda Institute of Safety, the HMEL-ES logistics center, the headquarters of the Trial competition team, the Repsol Honda Team and an HRC division.

Total Motorcycle would like to Thank Honda for inspiring us to bring you this week’s Rider Inspiration Story (Dirt to Dakar – Epic Games Dream Comes True) to you and wish Ricky Brabec the very best of success in his next Dakar!

Maverick Viñales and Valentino Rossi were back in the Movistar Yamaha MotoGP box today for the first two free practice sessions ahead of Sunday’s Gran Premio Movistar de Aragón, but it wasn’t all smooth sailing. […]